Climate activist Bill McKibben might have summed up the past year for the “Keep It In the Ground” movement best when he recently said:

For once, we couldn’t agree more with Mr. McKibben!

While the U.S. oil and natural gas industry enjoyed one of its best all-around years, 2017 started bad and just got worse for the KIITG movement. Following a devastating November 2016 election, the movement’s increasingly extreme —and downright scary — tactics made more headlines than anything that could be even remotely considered a tangible victory.

But McKibben et al. now insist “the wound-licking will be over,” as they will attempt a reboot starting with an event dubbed “Fossil Free Fast: The Climate Resistance” Wednesday in Washington D.C. McKibben, Sen. Bernie Sanders and “an all-star lineup” have said they plan to lay out a “clear call to action and roadmap for resistance” aimed to “unite progressive environmentalists to move us off oil and coal and gas and on to a world that works.”

“The resistance” will be televised (nationally livestreamed, to be precise) at more than 100 watch parties across the country thanks largely — sweet irony — to gadgets made from petroleum products and fossil fuel generated electricity.

That bit of hypocrisy aside, one might assume the KIITG movement has one heckuva strategy to unveil, considering the boldness of holding the event the day after the State of the Union Address. But according to a recent McKibben column in The Nation, KIITG’s three-step “plan to win in 2018 and beyond” looks a lot like the strategy that led to its miserable 2017. From McKibben’s column:

What is that old saying about doing the same thing over and over and expecting different results? It certainly rings true here.

Considering the notion that a 100 percent renewable transition is feasible has been thoroughly debunked, the divestment movement is failing and the oil and natural gas industry’s outlook is the brightest its been in decades, all we can say to McKibben and company is — good luck! Let’s review a few reasons why the KIITG movement “lost a lot of ground” in 2017 and is likely to keep doing so in 2018. 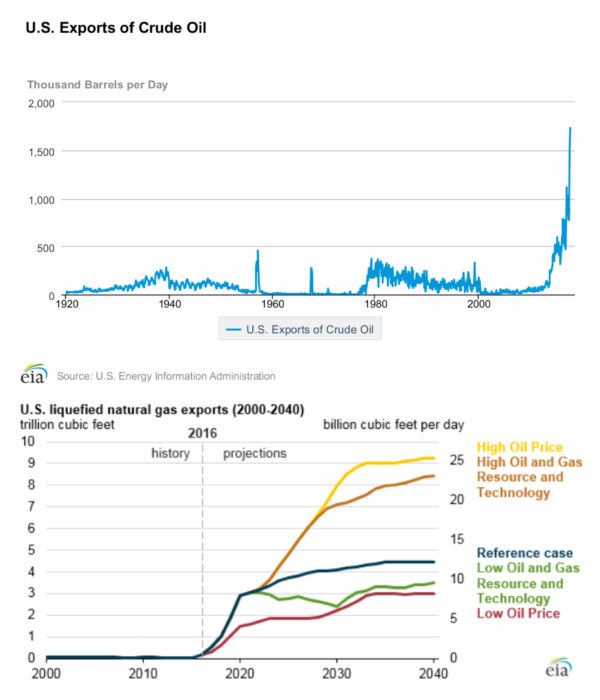 And incredibly, the U.S. has reduced carbon emissions 14 percent since 2005 at the same time the economy has grown substantially — an unprecedented trend. 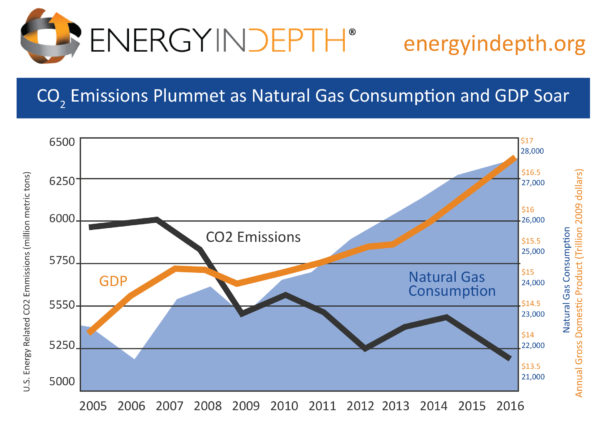 No wonder the Keep It in the Ground movement had such a “tough” year in 2017! The November 2016 election set the tone, as not even the $100 million California billionaire Tom Steyer and his NextGen Climate Action PAC contributed to KIITG candidates could trump (no pun intended) the fact that voters have rejected the KIITG’s radical agenda.

Heitkamp is not being hyperbolic in characterizing the KIITG movement’s agenda. As EcoWatch recently reported:

“For many climate advocates, the 100 percent piece will seem clear. Over the last decade, advances in renewable energy technology have made it possible to get all of our power from the sun, wind and water. New breakthroughs in battery storage mean that old concerns about the ‘reliability’ of renewables are quickly fading away. The vision of a carbon-free world is quickly coming into focus.”

But even prominent members of the Democratic party and environmental community acknowledge the above claims have no basis in reality.

Former Obama administration Science Advisor John Holdren has said, “The notion that we’re going to keep it all in the ground is unrealistic.” Hilary Clinton campaign chair John Podesta has called the KIITG agenda McKibben is pushing “completely impractical.”

And Ted Nordhaus of The Breakthrough Institute, a pragmatic environmental think tank, said of McKibben and his movement in 2016:

“… So long as the climate movement is limited to NIMBY (not in my back yard) fracking opponents, anti-nuclear greens, and renewables fabulists, it is unlikely to achieve either the broad social consensus that will be necessary to advance aggressive action, nor action that is particularly likely to achieve the levels of carbon reduction that will be necessary to significantly mitigate climate change.”

As McKibben & Co. get set to unveil their “plan to win in 2018 and beyond” Wednesday in D.C., here’s to the “Keep It in the Ground” movement continuing to do the same thing over and over again and expecting different results in 2018.