Louisiana is a key player in producing and refining America’s oil and natural gas resources, and as such has been the target of “Keep It In the Ground” activism that has particularly focused on an important piece of critical infrastructure: pipelines.

Recently, the national interest groups Center for Constitutional Rights and 350.org joined with at least one leader of a local protest camp, Leau Est La Vie Camp, and the Louisiana Bucket Brigade in a lawsuit decrying legislation that places harsher punishments on pipeline trespassers seeking to obstruct, delay and stop construction of these projects. As Louisiana Mid-Continent Oil and Gas Association President and General Counsel Tyler Gray explained in a statement,

“Pipelines and other oil and natural gas infrastructure deliver the clean, affordable and reliable energy Louisiana’s working families depend on every day. The intent of the critical infrastructure bill signed into law last year is to protect the safety of Louisiana’s people, environment and infrastructure.”

And while the lawsuit – which ironically is made up of many plaintiff’s domiciled outside of Louisiana – is being framed as a fight for the freedom of speech, it is being driven by an agenda that has been made clear by the involved parties:

“[The legislation] sought to expand the definition of critical infrastructure to include pipelines. …But you can see that Louisiana is overrun by pipelines.” – Pamela Spees, Center for Constitutional Rights (May 22, 2019 – 1:25)

Louisiana protesters take a page out of Standing Rock.

Protests of critical infrastructure projects – even those actions that are deemed peaceful and nonviolent – involve not only trespassing on private property, but often can put the trespassers, workers, and environment at risk. As Grey explained,

“This important law protects Louisiana and its citizens from individuals who attempt to unlawfully interrupt construction of pipeline projects or damage existing facilities, which not only puts the trespassers at risk, but also risks the lives of first responders, employees, and the surrounding communities and environment.”

These often take place in locations where equipment is operating, and even if it is not, can put first responders at risk. In Louisiana, one of the plaintiffs in the recent lawsuit, Anne White Hat, was a leader in the Leau Est La Vie pipeline protest camp that was framed as “a continuation of our fight in Standing Rock” on the camp’s website and earned headlines like, “The Fight to Stop the Dakota Access Pipeline Continues—in the Bayous of Louisiana.”

In fact, White Hat even participated in the #NoDAPL protests in North Dakota prior to joining the Louisiana camp and has been arrested for trespassing while protesting. The Standing Rock protest is a prime example of the damage that can be caused during these actions. This event lasted from August 2016 until February 2017 and resulted in:

Despite this, the plaintiffs disregarded health and safety as a legitimate concern during protests in Louisiana during their press conference about the lawsuit.

Here’s the bottom line that goes completely against what the plaintiffs stand for: pipelines really are critical infrastructure in Louisiana and elsewhere. As Grey said,

“Louisiana’s natural gas and oil industry plays a critical role in fueling America with reliable and affordable energy and damage to our critical infrastructure risks interrupting critical services across the United States.”

Louisiana consumes the most energy per capita in the United States, is the fourth highest producer of U.S. natural gas, and is home to two of the nation’s four Strategic Petroleum Reserve storage sites, according to the Energy Information Administration.

That in and of itself demonstrates the need for adequate infrastructure. But the state is also is a hub for U.S. refining and natural gas export – both of which require pipelines to maintain critical services and bolster U.S. energy security. 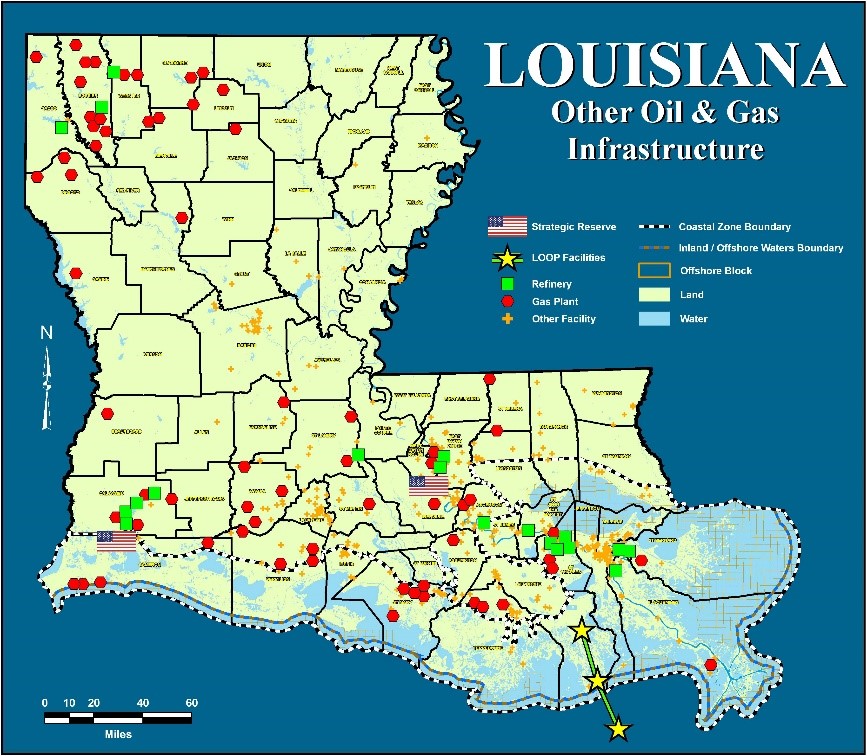 The Pelican State currently has 18 operational refineries, including the third and fourth largest U.S. refineries. Louisiana ranks second in U.S. petroleum refining capacity with its refineries collectively handling over three million barrels of oil per day, or about 18 percent of U.S. refining capacity. 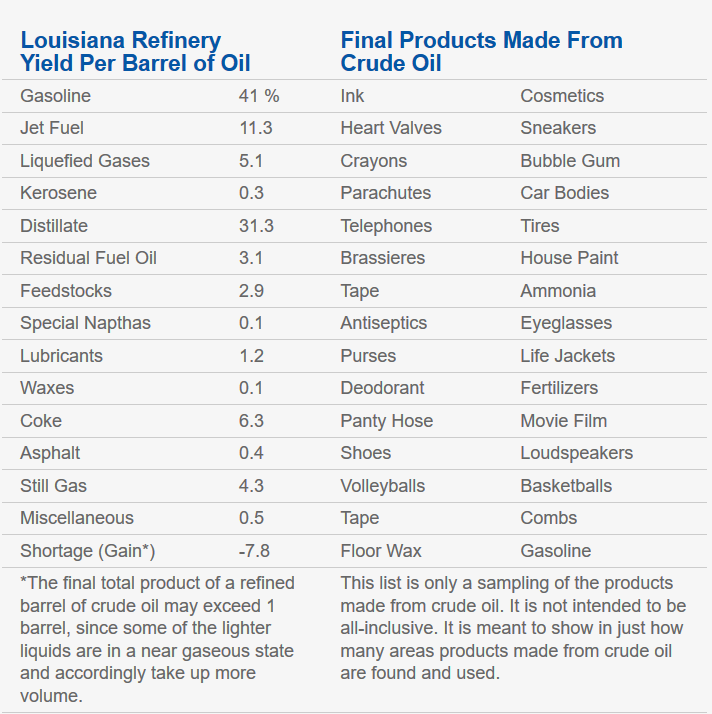 Considering most of the petroleum consumed in the United States is also produced here, according to EIA, it is clear how important of a role Louisiana plays in providing those resources and how critical it is that the state’s oil and natural gas industry has adequate infrastructure to do so.

Thanks to the shale renaissance, Louisiana is once again experiencing increased natural gas production and the state’s location on the Gulf of Mexico has also been an asset in securing one of only a handful the country’s operational LNG exporting facilities and several that have been proposed or are under construction. The state’s Sabine Pass LNG facility was the first U.S. LNG export facility and handled 22 percent of total U.S. natural gas exports in 2017, while the Cameron LNG facility is poised to ship its first shipment soon. 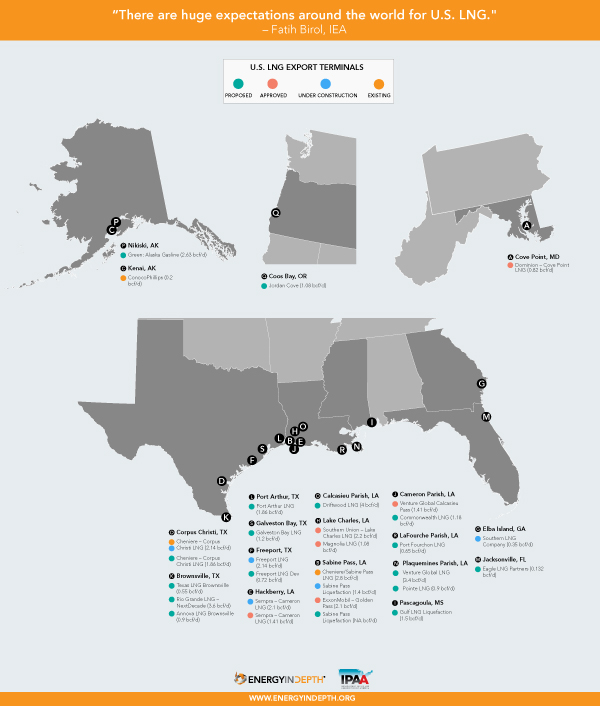 “[M]ore exports of U.S. LNG to the world means more U.S. jobs and more domestic economic growth and cleaner air here at home and around the globe.”

Louisiana will continue to play a critical role in supplying the world with natural gas, and pipelines ensure it is able to do so.

The bottom line is: pipelines are critical infrastructure. Pipeline infrastructure ensures not only Louisiana’s energy security, growth and ability to meet energy demands, but also play a pivotal role in assisting the United States to achieve similar success. The “Keep It In the Ground” protests – which delay and vandalize projects that are on a rigid construction schedule often dictated by the unique geographic locations along their paths – put the trespassers, workers and the very environment the protesters claim to be protecting at risk. This bill is about maintaining the same safety expectations of everyday operations for those that are seeking to exercise their rights…safely.