The problem with this, which becomes painfully clear from reading the article, is that there are no concerns being voiced from the Central Valley. In fact, the article references numerous voices from Kern County who are supportive of agreements between energy companies and farmers, in which the former sell discounted water to the latter. During a drought, this is particularly notable.

Instead, as the article confirms, the “concern” comes not from the Central Valley, but rather from a New York-based, anti-energy activist group.

Let’s look at the article itself:

Oil giant Chevron recycles 21 million gallons of that water each day and sells it to farmers who use it on about 45,000 acres of  crops, about 10% of Kern County’s farmland.

State and local officials praise the 2-decade-old program as a national model for coping with the region’s water shortages.  As California’s four-year drought lingers and authorities scramble to conserve every drop, agricultural officials have said that more companies are seeking permits to  begin similar programs.” [Emphasis added]

This sounds like a miracle, not a problem. To her credit, the author notes that state and county officials – who are familiar with the program and its results — are wildly enthusiastic about it. But that raises an important question: Why would the Times run a story under an assumption that is the opposite of what the facts tell us? We’ve pointed out before that the Times has a bit of a problem when it comes to covering oil and gas production, and we can’t help but think this may be a sad continuation of that unfortunate trend.

Here’s an interesting set of facts: Kern County oil companies provide 10 billion gallons of water per year to farmers who desperately need it. Thus, the agriculture and energy industries are able to support each other for the benefit of all residents in Kern County – and indeed all Californians.

Sounds good, right? Most folks in Kern County would certainly agree. Let’s dig into the L.A. Times’ story, though, to see where this “concern” that was blared in the headline really comes from:

“Last month, the Central Valley water authority, which regulates the water recycling program, notified all oil producers of new, broader testing requirements and ordered the companies to begin checking for chemicals covered under California’s new fracking disclosure regulations. The law, which legislators approved last year, requires oil companies to tell the   state  which chemicals they use in oil-extraction processes. The water authority gave producers until June 15 to report their results.”

So, the most sweeping oil and gas regulations in the country have been expanded to include increased testing and disclosure on a water treatment and irrigation program that has existed safely for 20 years. Okay, still no problem. If anything, additional oversight has been added.

So again, who is voicing concern? The reporter continues:

“One environmental group has tested the irrigation water for oil field chemicals. Over the last two years, Scott Smith, chief scientist for the advocacy group Water Defense, collected samples of the treated irrigation water that the Cawelo Water District buys from Chevron. Laboratory analysis of those samples found compounds that are toxic to humans, including acetone and methylene chloride — powerful industrial solvents — along with oil.”

And there we have it: the “concern” – which the Times used in its headline, suggesting voices from the Central Valley were clamoring for answers – is manufactured by a group called Water Defense.

Water Defense is not – as you might expect from its uncritical treatment above — a group of California scientists   It is, in fact, an anti-industry activist group — based in New York’s Hudson Valley –which was founded by New York’s own anti-fracking actor Mark Ruffalo.

Ruffalo, whose “green” credentials include playing The Hulk in the Avengers, is no more a trustworthy source on hydrology, geophysics, geology or engineering than is his friend Yoko Ono. 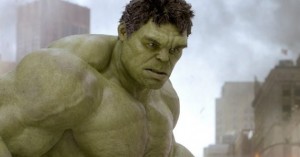 Unfortunately, the Los Angeles Times relied on Water Defense to speak for the farmers and other workers in the Central Valley.

But here’s where it gets even more interesting. Scott Smith is listed by the Times as Water Defense’s “chief scientist,” but he was actually an economics major, and has an MBA. According to his LinkedIn page, he’s not a hydrologist, although readers of the Times could be forgiven for thinking he has a direct scientific background in the processes he’s “analyzing.” He is, it should be noted, inventor and developer of a new technology that was used repeatedly during clean-up of the BP oil spill in 2010.

Granted, an apparent lack of hydrology bona fides does not necessarily mean that the technologies and methodology Smith used to test water samples were not sound. But they should raise concern. That’s also why it’s so interesting that the Times maintained its narrative even after speaking with actual experts – about Smith’s flawed sampling:

“Sarah Oktay, a water testing expert and director of the Nantucket field station of the University of Massachusetts    Boston, reviewed Smith’s methods and the laboratory analysis of the water he sampled.

‘I wouldn’t necessarily panic, but I would certainly think I would rather not have that,’ she said, referring to the chemicals identified in the water samples. ‘My next step would be most likely to look and make sure the crop is healthy.’”

Who knows best whether “the crop is healthy”? Probably the farmers, regulators, and local residents:

“Chevron and the water district say that the water is safe for use on crops, citing the fact that they are complying with testing requirements under the wastewater discharge permit issued by the Central Valley water authority.

David Ansolabehere, general manager of the Cawelo Water District, reviewed Smith’s results. He said the sampling methods gathered too many solids and not enough liquid for testing. Smith uses a sampling method that gathers water and particles over a longer period of time, from deeper levels, than traditional water testing techniques. That method, Ansolabehere said, casts doubt on the test results.

Ansolabehere said Chevron and the water district, in an abundance of caution, would contract with a third party to test for the broader array of chemicals that is now required by the water board.”

But [chief deputy director of the State Water Resources Control Board] Bishop said the water used for irrigation is safe as long as the company and the water district follow the rules of the permit.

Mark Smith, a board member of the Cawelo Water District who grows pistachios and citrus using treated water from Chevron, said he had “never heard a word” about contamination from the oil production process and is satisfied that the water testing is adequate.

“As long as they’re treating the water to the point where it’s allowed by whatever agency governs the quality of water, I think it would be OK,” said Glenn Fankhauser, assistant director of the Kern County Department of Agriculture and Measurement Standards.

Water Defense is no more “environmentalist” than the companies charged with making the water clean enough to irrigate crops, or the regulators charged with ensuring that the water meets targets of cleanliness, or the farmers who are stewards of the crops that they grow.

Oil companies in the Central Valley are happy to help local farmers, particularly by helping to mitigate the devastating impact of the recent drought. The farmers have been happy to receive this water for the past two decades. Local policymakers are happy. Californians who value safety as well as inexpensive food and energy are happy. And all Californians and all Americans – including Hollywood actors – benefit.

Obviously, a story about people being happy and working together doesn’t quite have the same headline-grabbing appeal as a classic “concerns mount” lede. But maybe next time the state’s largest newspaper can err on the side of accuracy over alarmism, even if it means fewer anti-fracking groups promoting the story on their social media channels.