Leading Anti-Fracking Professor: Our Studies are ‘A Form of Advocacy’ 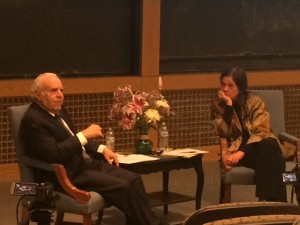 A recent Center of the American West’s FrackingSENSE presentation featured a wide-ranging discussion that appeared to leave little question as to the motivations and celebrity influence used by a researcher known for his political activism against shale development.

The presentation, by Cornell University professor Anthony Ingraffea, was billed  as a conversation on “the opportunities, challenges, rewards, and burdens presented to university-based academics who enter into the conflict-rich terrain of unconventional oil and gas development.”

The conversation was striking in that Ingraffea dropped any pretense of being a nonbiased academic researcher. Because he is an advocate against shale development, Ingraffea acknowledged he brings a bias into his research:

While claiming that his research goes through “extra tough” reviews, Ingraffea admits to inserting advocacy into the final report:

Ingraffea’s admission of using studies to advocate against shale development comes as additional questions are being raised about the research used to justify a ban on fracking in New York. At least one of the prominent studies cited in the New York decision was authored and peer-reviewed by anti-fracking activists, who failed to disclose their affiliations, violating a number of scientific codes of conduct.

During the discussion, Ingraffea described his advocacy position as such:

While Ingraffea insists that it’s not about fracking, he has gone so far as to have taken the “Pledge to Resist Hydraulic Fracturing in Colorado,” which states that public officials in Colorado “need to acknowledge the body of evidence and public outcry to the contrary and ban hydraulic fracturing …”

During the discussion, the subject turned to the use of “megaphones” to loudly project a message to the general public. Ingraffea was quick to tell attendees that he has a group of celebrities he utilizes.

While he claims he was initially critical of the Gasland movie and its director, Josh Fox, Ingraffea changed his tune and ended up as a star in Gasland 2:

“I didn’t know Josh Fox when he did Gasland. I’d never met him, I did not know who he was. I saw Gasland and I’m thinking ‘Wow, that was interesting. It has a lot of errors in it and it’s not technically accurate in many places, and I sure wish they’d used some sort of technical advisory committee to make sure they said things that were always correct – or at least as correct as they could be, with the knowledge at the time.’ But I did meet him thereafter, and I did wind up being in Gasland 2. So, that is a megaphone.”

But Josh Fox isn’t the only celebrity that Ingraffea pals around with. He’s also close with celebrities known for their vocal anti-oil and natural gas activism:

“But the principal megaphone has been celebrities. People whose names you know better than [inaudible] celebrity follower, but Mark Ruffalo has a couple million twitter followers. I’ve never issued a tweet in my life and never will. So, every once in a while Mark emails me or calls me and says ‘What have you got?’ And I give him 144 characters and he tweets it. He is my megaphone. Doesn’t cost me anything, doesn’t cost him anything. We don’t have anything – he doesn’t have the money, I don’t have the money. Well, he’s got more money than I do, but we can’t go on national TV at the drop of a hat, in-between segments of the national news. We don’t have that opportunity. This is unsymmetric warfare, if I could use that phrase. What the industry can do with its PR and advertising arm is infinite, compared to what you or I could do. So, Yoko Ono, Sean Lennon, Mark Ruffalo and a few others, they’re my megaphones.” 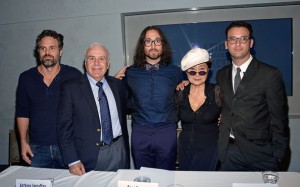 Anthony Ingraffea can pretend he has a process to ensure he’s an objective source on these issues, but the facts show he’s a political activist with an axe to grind and the celebrity friends to publicize it.