Last week, Food & Water Watch – one of an allied group of well-funded radical activist groups that includes the Center for Biological Diversity and Oil Change International – was caught manufacturing signatures on a petition seeking a moratorium on hydraulic fracturing (“fracking”).

The petition was circulated among California’s culinary community in an effort called “California Chefs Against Fracking.” Sadly, legendary chef Alice Waters was snookered into joining FWW’s anti-industry misinformation campaign, and is spearheading this effort. (As a quick aside, we’re concerned that our favorite chefs will be abandoning natural gas stoves – the operation of which requires, in the gas production process, fracking. Because otherwise their position would be hypocritical.)

The problem is, FWW didn’t count on people who “signed” the petition actually finding out that they are on it.

It turns out that the owners of beloved Bakersfield restaurant Moo Creamery, Jessica Pounds and Richard Yoshimura, discovered that their names had been added to the petition without their knowledge or consent. How did they find out? Their patrons are from Bakersfield, where oil and gas development, including fracking, is routine and uncontroversial – and where none of the adverse environmental impacts from fracking that radical environmentalists cite ever actually happen. It is noteworthy that there were no other Bakersfield businesses of the entire 145-person list, which makes sense, given that Bakersfield is the largest city in Kern County, where over 90 percent of all hydraulic fracturing in California actually occurs. 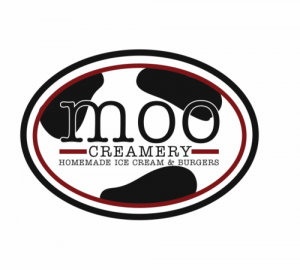 Pounds and Yoshimura experienced a backlash from customers, complete with angry phone calls and threats to picket their establishment. Pounds and Yoshimura asked FWW to remove their names from the petition immediately.  As they explained on their Facebook page (emphasis added):

Much to our chagrin, it was brought to our attention that our name and business was linked to a signed petition in regards to fracking. We honestly have no idea how this came to be and we are currently in the process of having our name removed from the list. As a small business in Bakersfield, it would be detrimental for us to express ourselves in a manner that would jeopardize our relationship with the oil industry. Jessica Pounds is a Bakersfield native, born and raised. She, of all people, is fully aware of the impact of the oil industry here. In our business philosophy and in our hearts, we are fully supportive of local business and the success of Bakersfield and Kern County. The success of Moo Creamery is attributed to the community spirit and support wereceive. Cultivating relationships, preparing seasonal food, and offering good customer ​service is what we strive for. We want to set the record straight, that in no way, shape or form did we sign, support or agree with this proposal. We apologize for anymisunderstanding and we will continue to fight to clear our name.

So how did Moo Creamery’s name get on the list?  As the Bakersfield Californian reported, Food & Water Watch doesn’t have a good explanation.

Most of us have been in the position of signing something without fully understanding what it was we were signing. An oversight of this kind might have been understandable, but the owners of Moo Creamery had no knowledge of the petition. Indeed, they did not know what hydraulic fracturing even was until the backlash began.

Happily, Moo Creamery was made aware of FWW’s misuse of its good name and was able to correct the error sooner rather than later. The local oil industry has reached out to the restaurant (acclaimed burgers and ice cream – put it on your list!) to schedule catering jobs and to help make up for lost business.

This is what radical anti-fracking groups in California have been reduced to. They can’t win an argument based on the facts, so they hope deceptive petitions and sheer volume will force people to listen to them. When they can’t even win at that, they just make it up. Unfortunately, these groups care little about the casualties in that pursuit – be it the accepted science on the safety of hydraulic fracturing, or even the business of an institution they tried to make a pawn in their shameful game.