This week the Pennsylvania Utility Commission (PUC) released the figures for the 2015 Impact Fee distributions, and once again, the Marcellus industry is generating millions of dollars for Pennsylvania. This year’s totals are nearly $188 million bringing the grand total of distributions over the last five years to more than $1 billion that benefits the entire Commonwealth. From the PUC press release:

“County and municipal governments directly affected by drilling will receive a total of $101,800,020 for the 2015 disbursement year. Additionally, $67,866,680 will be placed into the Marcellus Legacy Fund, which provides financial support for environmental, highway, water and sewer projects, rehabilitation of greenways and other projects throughout the state. Also, $18 million will be distributed to state agencies specified by the Act.” (emphasis added)

“What we continue to hear from local leaders is that Pennsylvania’s unique tax on natural gas – which has generated more than $1 billion in just five years – is an essential revenue source that’s helping to improve communities and the environment throughout the Commonwealth. These critical revenues are sent directly to local governments which allows those closest to the development to invest in infrastructure improvements and community programs. It cannot be lost on anyone that Pennsylvania’s model is working as designed and these positive community and environment benefits are absolutely jeopardized by proposals for even higher energy taxes.”

MSC has released a detailed chart of the breakdowns for each county and the municipalities located in each, and PUC has created several charts to show some of the breakdowns. The following is the totals for each year over the last five years: 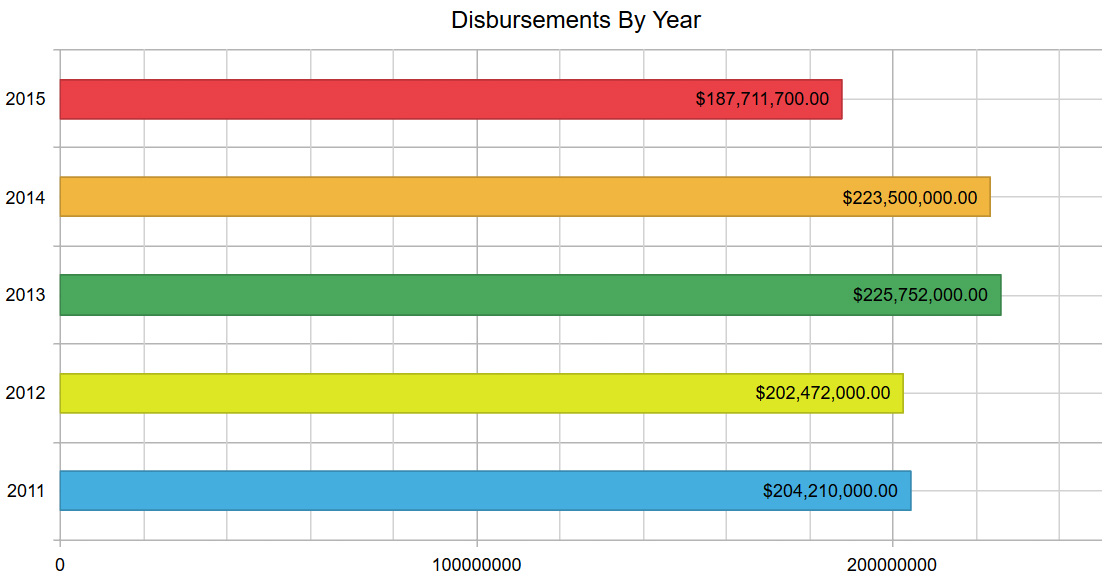 These charts display the counties and municipalities receiving the most funds this year, which is determined based on the number of wells within each for the given year:

Funds have to be used for specific projects as designated by Act 13 of 2012, such as:

The following charts show how counties and municipalities designated those funds in 2014:

As can be seen, at the county level most funds last year went toward emergency preparedness and public safety, like buying new equipment for first responders, while at the local level funds are most often used for needed infrastructure projects.

Be it through charitable donations or the impact fee, the Marcellus industry continues to generate billions of dollars for the Commonwealth and stimulate the economy.