Below are the top five producers of natural gas in Pennsylvania during the second half of 2014, courtesy of the Pittsburgh Post-Gazette:

The most natural gas produced during 2014 came from Bradford, Washington, Susquehanna, Lycoming and Greene Counties. Not by coincidence, all of these counties also had unemployment rates lower than the state and national average during 2014. 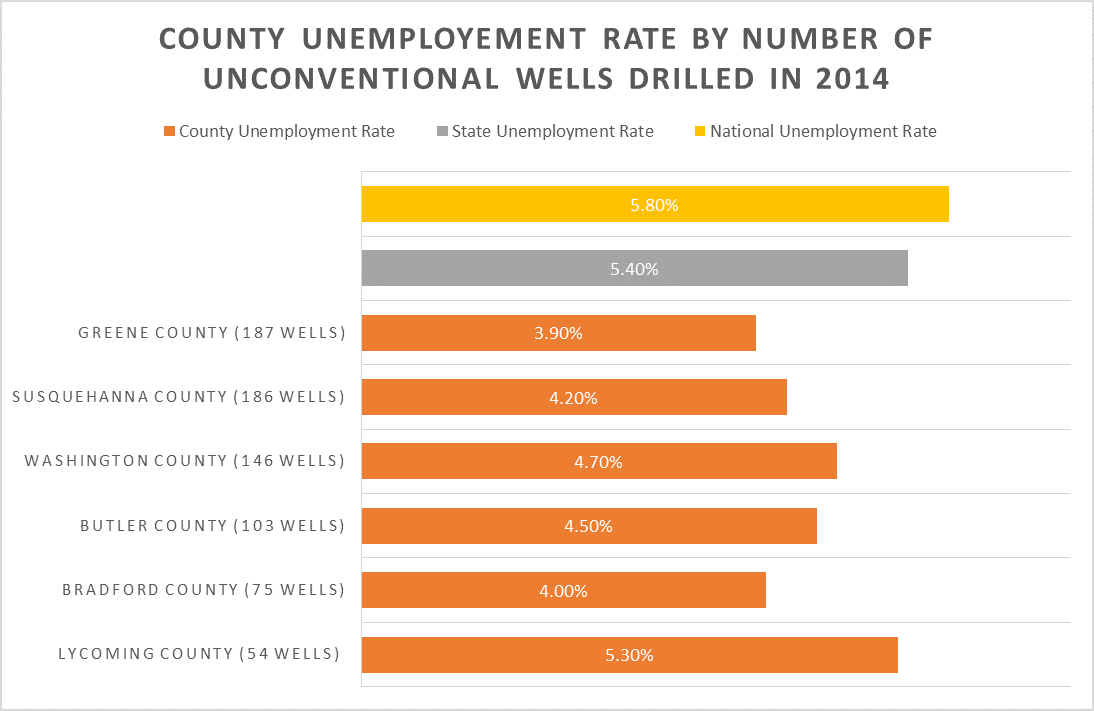 To date only three other countries besides the United States produce commercial volumes of resources from shale formations and, according to the U.S. Energy Information Administration (EIA), the United States is by far the largest producer.  In its latest report, the EIA states:

The Marcellus shale alone provided 16 percent of what the entire United States consumes on an annual basis. Even more amazing is that operators in the region are increasing production despite low commodity prices, thanks to increased drilling efficiencies.

Shale development has helped cut imports to their lowest level in 20 years, supports well-paying American jobs here at home, and has supplied consumers with affordable and abundant energy.  And the Marcellus continues to be a key player in the American energy renaissance.