Over the weekend in Los Angeles, a coalition of activists hosted a “Break Free from Fossil Fuels” rally featuring 350.org founder Bill McKibben and billionaire activist Tom Steyer as keynote speakers. The event drew several hundred protesters (L.A. County population: more than 10 million), but many of those participating were not only protesting fossil fuels, but the very social and economic underpinnings of liberal democracy.

That’s right. There were a large number of red signs featuring Communist-inspired clenched fists calling for the government to seize the means of production. 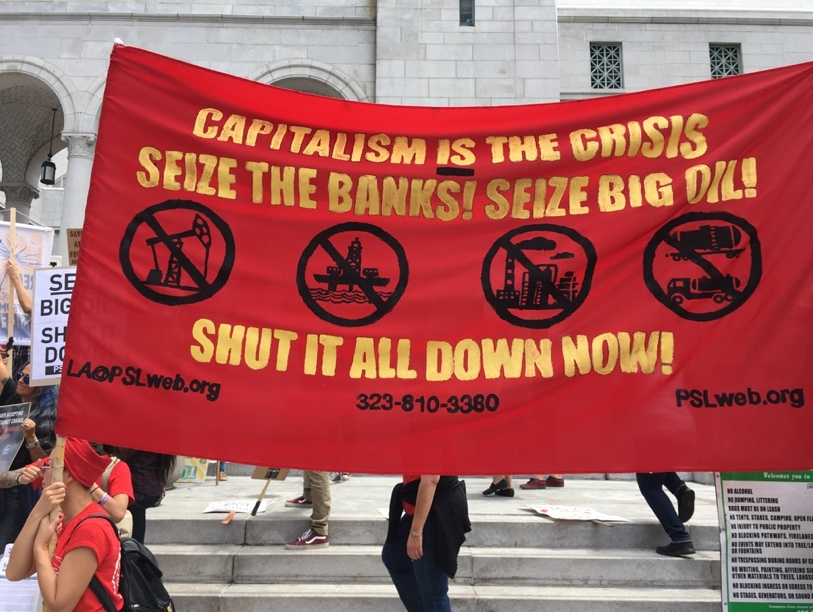 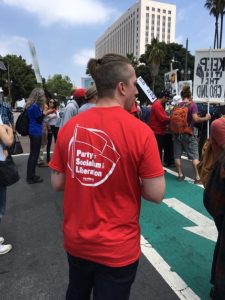 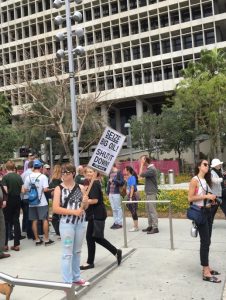 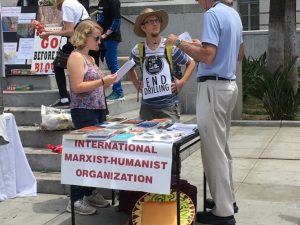 Now the question is: why would Bill McKibben and Tom Steyer appear alongside these extremists? (In a sign of how marginal this movement – and McKibben and Steyer – have become, just a day after the rally was held, seven building trades unions sent a letter asking the AFL-CIO to cut ties with Tom Steyer since his anti-fossil fuel agenda is destroying union jobs. As the New York Times reported on the letter, there is a “rift” developing between “Two of the Democratic Party’s most loyal constituencies, labor and environmentalists…”) 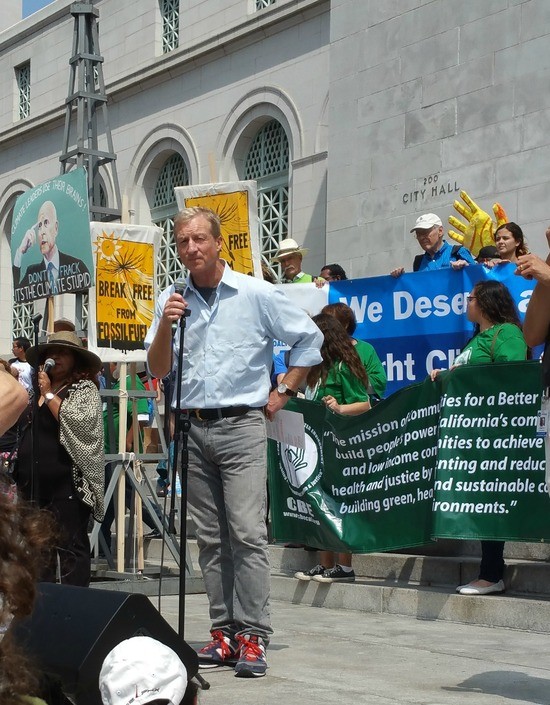 Signs calling for the end of capitalism, “Big Banks” and “Big Oil” were a common sight. These self-described Marxists and socialists were also wearing buttons supporting the “keep it in the ground” candidate, Bernie Sanders. 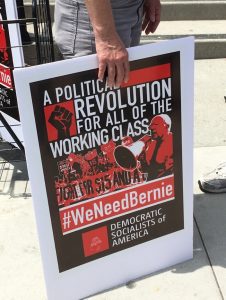 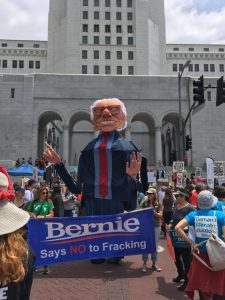 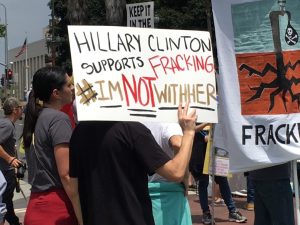 As for McKibben, the same man preaching about the ending the use of fossil fuels spends his days hop-scotching around the world. In fact, just that day McKibben flew from another “Break Free” event in Colorado. 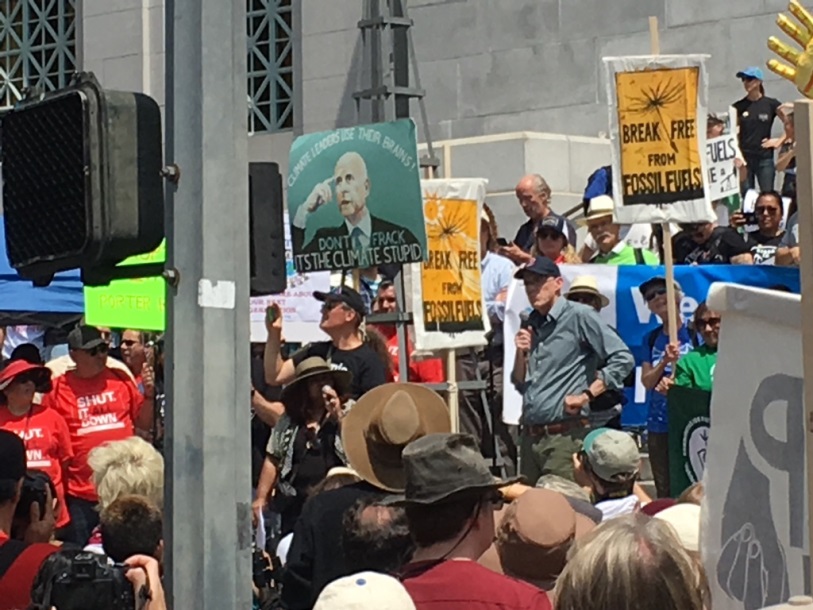 Aside from the blatant anti-capitalism posters, there were also folks who are probably unaware that Vermont has no oil or gas development: 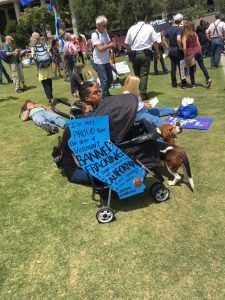 There was a woman who apparently thought she was attending Break Free Miami: 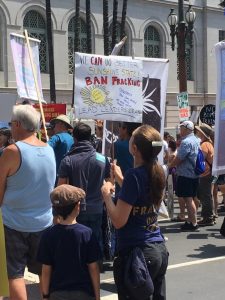 There were also a few head-scratchers: 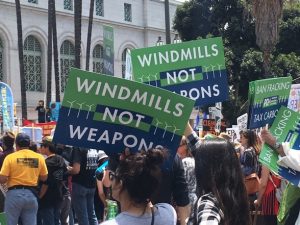 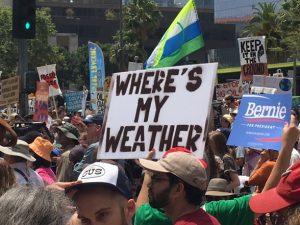 There were also folks on hand to remind the crowd of something EID points out regularly: the mainstream figures of the Democratic Party, including our own Governor Jerry Brown, support fracking. While the protesters seemed to believe that this is unfortunate, in fact Democrats and Republicans alike support fracking  because they understand that it is both economically and environmentally beneficial to produce the oil we need domestically rather than importing it by rail or boat from unfriendly regimes.

Unsurprisingly, the media showed almost no interest. Even the Los Angeles Times, the largest paper in the state located within walking distance from the protest, didn’t find it newsworthy. 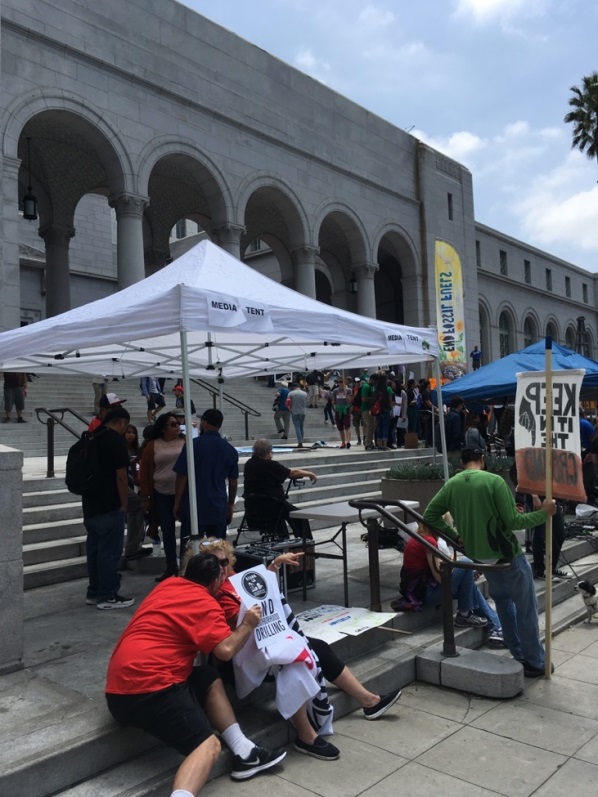 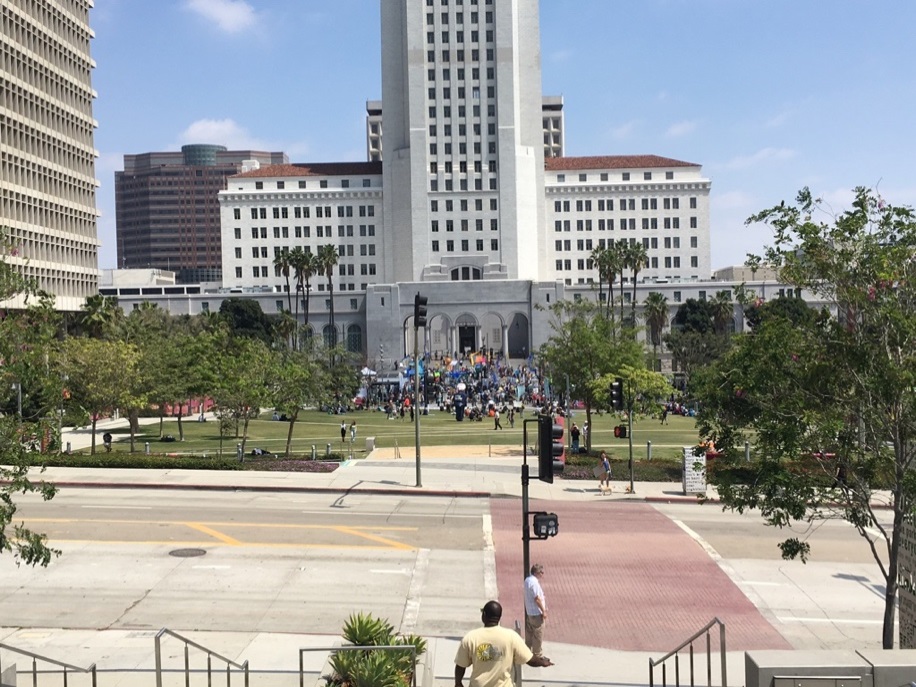 As we’ve previously reported, most of these events have few in attendance and are comprised mostly of extreme anti-fossil fuel activists. But while their numbers were underwhelming, the protesters in Los Angeles had an environmental message the was completely misguided (in the United States, at least) as the United States is a world leader in reducing greenhouse gas emissions at a time when production has dramatically increased. However, it was the other very prominent message that was more troubling: the protesters are part of a movement so extreme that it appears to care more about “seizing” private property and bringing down our economy than it cares about making progress on climate change by reducing carbon emissions.