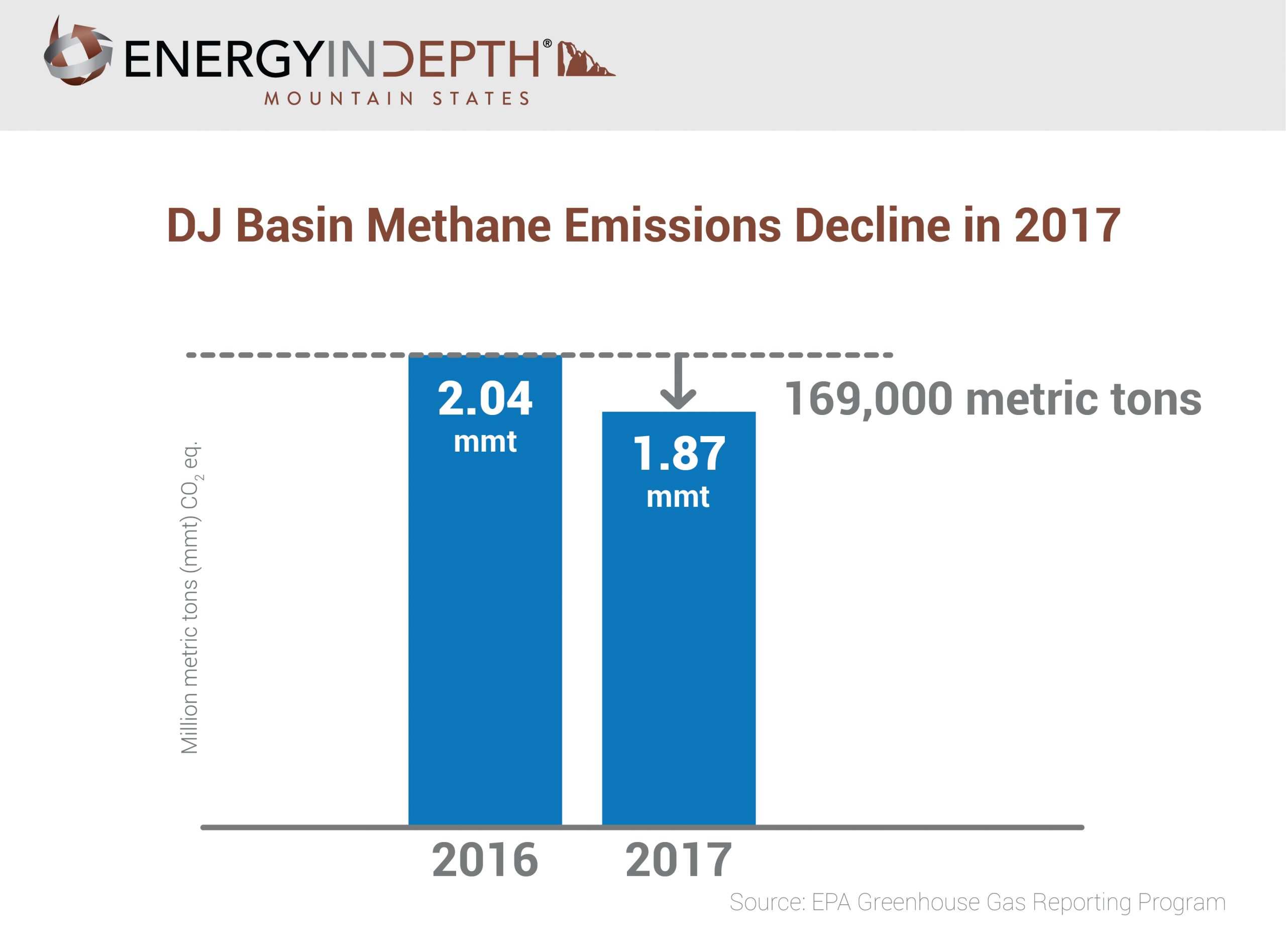 Opponents of oil and gas development in Colorado often complain about methane emissions. But new data from the U.S. Environmental Protection Agency (EPA) might make those claims harder to support.

According to the EPA, methane emissions in the prolific Denver-Julesburg Basin declined by a stunning 169,000 metric tons of CO2 equivalent (MT CO2 eq.) last year. The reductions come as Colorado oil and natural gas production is reaching a record high.

The data provide a compelling counterpoint to accusations that producers in Colorado and other parts of the country are emitting too much methane. A press release issued by the University of Colorado at Boulder last week claimed Colorado oil and gas “fugitive emissions of methane to the atmosphere are as much as three times higher than previous estimates.” As EID highlighted, however, CU’s claim is based air measurements taken in 2012, making the outdated data just as suspect as the timing of the CU press release, which was distributed just days before ballots were mailed out to voters to decide on the anti-drilling Proposition 112.

Colorado State University data from 2016 showed methane emissions below one percent of production and benzene emissions below background levels along the Front Range. According to the latest Colorado Department of Public Health and Environment data, the state’s VOCs emissions have plummeted by nearly half in just six years – even as oil production in the state quadrupled.

A state-issued report earlier this year also shows that the number of methane leaks in the Colorado oil patch have declined in recent years. From 2015 to 2017, the number of leaks fell 52 percent, as the Associated Press reported in August.