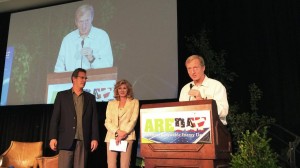 The anti-energy campaign funded by millionaire Boulder Congressman Jared Polis is alive, kicking and still standing by an argument described by Colorado’s largest newspaper as “a lie in so many ways that it’s hard to know where to start.”

The Polis-backed campaign is following the same playbook as San Francisco billionaire and anti-fracking donor Tom Steyer, whose own claims have earned “four Pinocchios” and “pants on fire” ratings from fact-checking groups across the country. Steyer, who has openly collaborated with Polis on “ban fracking” campaign strategy, is also sticking by those false claims while he sets up an activist network in Colorado to influence statewide elections and ultimately shut down the oil and gas sector.

The news on the Polis-backed campaign – called Coloradans for Safe and Clean Energy – was first reported by the conservative political website Colorado Peak Politics. An e-mail blast from the group claimed [emphasis added]:

“We must be vigilant in holding both the task force and the governor accountable … to ensure that the practice of fracking anywhere and anytime cannot continue unabated.”

Here’s what Vincent Carroll, editorial page editor of The Denver Post, wrote about that claim two months ago:

“Coloradans for Safe and Clean Energy, which is handling the campaign for Initiatives 88 and 89, has a website claiming, ‘Current laws allow fracking anytime, anywhere in Colorado.’ This is a lie in so many ways that it’s hard to know where to start.”

The claim is untrue because where, when and how oil and gas development takes place is tightly regulated “under a complex set of federal, state, and local laws that address every aspect of exploration and operation,”  according to a 2009 report from the U.S. Department of Energy and the Ground Water Protection Council. As for Colorado, former Gov. Bill Ritter (D) said last year: “Most industry and environmental experts agree that Colorado has the strongest set of oil and gas regulations in America.”

The “anytime, anywhere” claim is the central argument of the Polis-backed campaign. It isn’t true, but the campaign refuses to correct the record and simply keeps repeating the claim. It’s the same approach taken by Steyer, the San Francisco billionaire activist, who is determined to become a major force in national politics so he can pursue his goal of effectively eliminating the fossil fuel industry. Steyer even has this warning for anyone who dares to defend the energy sources that power more than 80 percent of the U.S. economy and support our way of life:

No wonder the San Jose Mercury News – one of Steyer’s hometown newspapers – scolded the billionaire former hedge fund manager for trampling all over the facts:

Playing fast and loose with the facts is ‘unwise simply because you’re handing a bat to your opponents to use squarely over your noggin,’ said Larry Sabato, director of the University of Virginia Center for Politics. ‘It sounds to me as if they need their own fact-checkers on staff.’

Steyer, 57, of San Francisco, was unavailable for an interview this week. But Bobby Whithorne, spokesman for Steyer’s NextGen Climate Action super PAC, said: ‘We stand by our ads.’”

It should come as no surprise that Polis and Steyer are using the same dishonest playbook. According to the Washington Post, the two ultra-rich donors are “kindred spirits” who have each supported the “ban fracking” cause in Colorado and California. Polis and Steyer even discussed funding statewide anti-energy ballot measures in Colorado this year until the Boulder Congressman made a deal with Gov. John Hickenlooper (D) to drop those measures and establish the new oil and gas task force instead.

It’s also clear that Polis and Steyer are digging in for the long haul and keeping the men, women and families of Colorado’s oil and natural gas industry squarely in their sights. As the liberal political website ColoradoPols has reported, the Boulder Congressman declared “I am not giving up this fight” on the same day his deal with Hickenlooper was announced. A day later, Polis said the same thing to an angry crowd of “ban fracking” activists:

“This sets in place a way to keep the pressure on legislators … and it leaves the door open for 2016, when there’s a more favorable electorate.”

With those anti-energy measures off the ballot for now, Steyer’s focus in Colorado this year is the U.S. Senate race. The Steyer campaign, which operates under the name of NextGen Climate Colorado, has opened five field offices across the state. And as the Aspen Times reports, the NextGen campaign plans to stick around long after Nov. 4:

“NextGen Climate will remain ‘active’ after the midterm election, [NextGen Climate Colorado Communications Director Abby Leeper] said, though she was uncertain about the status of the offices in Basalt and elsewhere after November.”

So, for all the talk of a “truce” in the political fight over Colorado’s oil and gas industry, it’s clear the misinformation campaign of Polis, Steyer and other anti-energy groups like Food & Water Watch will continue with a new short-term objective: Throwing as much misinformation as possible at the news media and the 21 members of the oil and gas task force before they complete their work in early 2015.

Let’s hope the task force members are ready, willing and able to sort fact from fiction under some intense political pressure, because these anti-energy campaigners – backed by millionaires and billionaires – are bringing the fight to them.