NOTE: *Article has been cross-posted

Mike Knapp attended the House Democratic  Committee hearing on natural gas and DEP, hosted by Rep. Jesse White and Rep. Mike Sturla yesterday in Washington County, PA.  According to Knapp, the meeting was all about politics when it should have been more about policy, lacking experts, relevance or science in general in the testimonies given.

I had the opportunity to chat with the Representative for a few minutes, and it’s abundantly clear that there is middle ground to be found. I don’t believe White to be a “bad guy”.  But I do think he likes to play politics. And given the lineup of speakers at the hearing it’s also clear that what this was more about politics and less about policy.

The hearing, which was billed as a discussion on DEP’s water testing practices, was noticeably devoid of one rather important thing:  Science.  Before we start down that rabbit hole, a little bit of background. 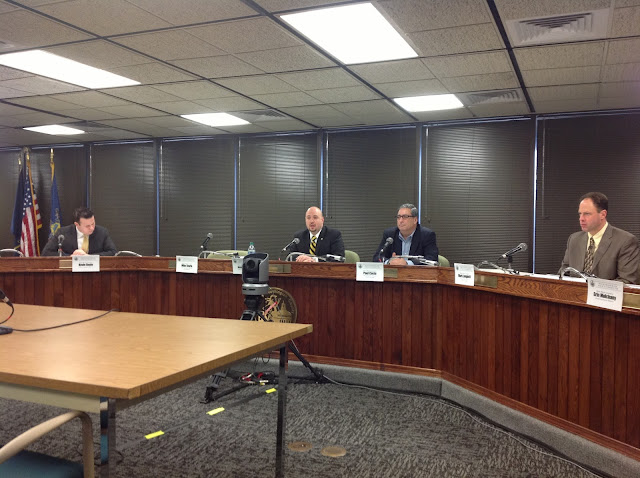 When the DEP is investigating water contamination, there are thousands of different things that can be tested for.  If they think a junk yard is contaminating an aquifer, they have to test for certain substances, while if they are investigating a landfill for leakage they have to test for a whole other list of things.  So, to standardize and streamline the process, decades ago the DEP came up with “suite codes”.  Each suite code is a standard list of certain parameters to be tested in certain situations.

Of the codes that deal with gas drilling, there is one code that is most often used.  A “base” code if you will.  This code tests about 20 different parameters.  A field inspector brings in the water sample and hands it off to the lab with the instruction to run the tests in the base suite code.  The lab takes the sample, runs the preliminary tests, interprets the data, verifies the results, and then delivers them to the inspector.  If that test clearly indicates there is no contamination, the results are delivered to the landowner.

There are other codes which test for additional substances, presumably to be used if results from the base code testing indicate further testing is needed.  They are rarely used though.  If water from a gas well were to get into a water well, it would be very apparent.  You don’t need to take air samples for combustion gases to determine if a house is on fire.  The searing heat, blinding light, and billowing smoke are more than enough to confirm it, as several experts state in the Trib’s coverage of the issue.

Here’s where White’s argument starts.   When the DEP lab runs the preliminary tests for metals, the machine automatically delivers raw data on a whole bunch of metals, including ones that have little to do with gas drilling.  So, the lab does not spend additional time/effort/money to go on to the next stage and interpret the data and verify the results on those other metals.  They only do so for the metals that they were asked to test for. This has led to all sorts of goofy conspiracy theories, but the way it’s done in PA is very similar or identical to how it’s done in many other states, and many experts have backed up the DEP on its policy.

Here’s another twist.  Pennsylvania is the only state that does not regulate private water supplies (water wells).  Residents are 100% responsible for making sure their water is safe to drink.  Unless another party contaminates your water, the state has no say in it.  Thus, when the DEP investigates a claim of an aquifer being impacted by drilling, that’s what they investigate.  Not whether or not the water is safe from high levels of other substances.  Like it or not, that’s what the laws that are on the books instruct them to do. So it’s not a question of whether or not DEP is doing its job.  It is.  The question is do we want to expand their job description. 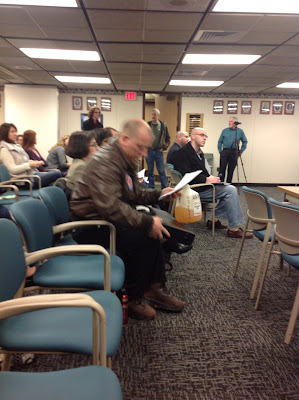 But unfortunately we didn’t hear much about that at the hearing.  We heard mostly from disgruntled residents who had some sort of bone to pick with DEP on matters unrelated to the topic of the hearing.  Several landowners reported issues of bad smells or additional water being diverted onto their property because of excavation.  One landowner, Craig Stevens, is a “fracktivist” who shows up anywhere there is a camera to wave around a brown jug of water.  He also threatened to punch DEP officials in the face, which was classy.   Then we had PennEnvironment, who has no interest in improving regulation of the gas industry.  Their goal is to ban all gas drilling in Pennsylvania.  They’re the ones who brilliantly posted pictures of a flooded drilling rig in Pakistan on their website, claiming it to be in northeastern Pennsylvania after a tropical storm came through.

The only testimony that was offered that truly addressed the issue was Clean Water Action’s Steve Hvozdovich, who came with a list of not unreasonable questions that DEP could answer regarding their testing procedures. There were no water sampling experts. No water testing experts. No former regulators.  No scientists, no professors, no experts of any kind that could offer pertinent testimony or answer technical questions.  No data comparing PA’s testing procedures to that of other states.  The panel asked few questions and made few remarks.

Again to give credit where credit is due, White was rather restrained in his criticism of the Department.  I truly hope this indicates progress and a willingness to have a rational, hyperbole-free dialogue.  This is an issue where White may have actually identified room for improvement in DEP’s policies.  As a landowner trying to determine a problem with her water, those extra results could be very helpful.  And I don’t like the thought of data that could warn landowners of a potential health risk, though unrelated to drilling, hidden away in a file somewhere in Harrisburg due to decades old bureaucratic red tape.

But yesterday’s hearing did little to advance the issue.

It’s my hope that all those involved will pull back from the political gamesmanship for just a few moments to do a bona fide investigation into whether or not there’s room for improvement to be made here.  And if it’s done right, everyone comes out a winner.  The DEP, the house democrats, the gas industry, and most importantly, the citizens of Pennsylvania.