The Binghamton moratorium balloon just burst and, while David Slottje tries to pretend the fragments are just celebratory confetti, the reality is that this was a failed strategy employed by a minority of communities and voices within those communities who have been exploited by David Slottje and others to deprive the majority of their land rights.

The strategy employed by natural gas opponents to stop development by delay has become personal for me because there is a concerted effort by a determined minority in Oxford, New York, where I have my business, to impose a natural gas moratorium.  Unfortunately, that minority seems to constitute a majority of the Village Board, which is moving ahead despite clear direction from the Broome County Supreme Court that there is no legal basis for such a moratorium and which severely scolded the moratorium architect, David Slottje, on whom the Village is relying for advice.  The moratorium balloon just burst over Binghamton, but my friends on the Oxford Village Board apparently believe Slottje when he tells them the fragments they see floating down are just celebratory confetti.  They couldn’t be more wrong or more in the minority.

The Village of Oxford has tentatively voted to enact a moratorium, post-Binghamton incredibly enough, so I just wrote them the following letter on behalf of my wife and I and some others:

We are very concerned the Village of Oxford is taking on a potentially huge tax burden.

The recent case Jeffrey vs. City of Binghamton clearly states no municipality has a basis for a moratorium or ban. Here’s the relevant paragraph issued by Judge Lebous:

“There can be no showing of dire need since the New York State Department of Environmental Conservation has not yet published the new regulations that are required before any natural gas exploration or drilling can occur in this state. Since there are no regulations, no permits are being granted. Second, since the DEC is not yet issuing permits, there is also no crisis nor a crisis condition that could possibly be shown by the City at this time.”

The Judge’s words are clear and direct. There can be no doubt what they mean. No moratorium can be legally justified when DEC is not even issuing permits. The proposed moratorium cannot survive a legal challenge and there will be one.

Would the Jeffrey vs. City of Binghamton decision weigh in heavy on any insurance company contracted with a municipality when a claim is filed?

The Village has now been notified of the case and its finding.

We have made every effort to avoid legal action but it appears the Mayor and the board has put their trust in an outside source and refuse to acknowledge putting the Village at risk.

Before we proceed with legal action. We want to be clear we feel we should exhaust every effort understanding the cost and strain it will put on the Village.  We are making every effort to understand why a Village would invite litigation when another case has already established that what is proposed cannot pass the legal test.  Do the Village Mayor and his board members in favor of this moratorium fully understand the legal stance they have taken?

We advise your attorney to respond to this if you are unsure of the answer.

1) How does the Jeffrey vs. City of Binghamton not apply to the Village of Oxford?

2) Will the Community Environmental Defense Council (CEDC) pick up any and all the expenses of the Village of Oxford when it loses?

Slottje/CEDC have stated their services are for free.  However, you are paying with your positions.  Slottje/CEDC services would not be free if the Village were not doing the bidding of these special interests.  It’s like getting a free oil change for buying a car or a toaster for opening a bank account.  It’s not free – it’s a reward.  Who can afford to depend on legal advice from the party soliciting the very action being taken, from a party which has a direct interest in seeing the town take such action?  Funding for Slottje/CEDC direction comes from the Park Foundation and they have a clearly stated anti natural gas position.  Slottje/CEDC have a huge conflict of interest.

Would you use a pro gas lawyer to write your position on a pro bono/free basis?

Will this letter make a difference?  I honestly don’t know.  The Village has, so far, given the words of  The Great Davidski more credibility than the voice of the court.  The board members appear to operate under the illusion they are part of some sweeping movement and do not understand they represent a tiny minority, most of whom have nothing at stake, even though the Village of Oxford does.

Claims of bans and moratorium in 140 towns in the Marcellus Shale region, as frequently made by the other side, may seem like a lot when you compare those numbers to the 50-60 towns who have signed resolutions supporting natural gas development, but take a closer look. Understand the facts that surround those claims.

I have been to over 30 town meetings throughout those areas of the Marcellus Shale region in New York where there is a high probability gas can be economically recovered.  I can state there are many more towns who have not taken a stand, and who have, instead, taken the high road of not dividing their communities.  They have displayed respect for state sovereignty and recognized their inability to somehow better regulate something the state has been doing effectively for decades.  Contrast this with the misguided towns who have fallen prey to costly litigation to appease minority views, which then hurts all the tax payers with the largest share of the burden falling on larger landowners.

All but a few of the towns who have put in moratoriums really have no legitimate concerns, as they are in the areas of the Marcellus Shale region least likely to be developed so there was little to no opposition or concern for litigation.  There was no controversy because no was affected.  The picture has been quite different, however, in probable areas of development.  Typically, a moratorium gets put on agenda because some constituency asks for it to be considered and the elected boards innocently say “fine, let’s discuss it” before they realize what is about to happen.

What happens is a circus as the anti-natural gas forces proceed to turn neighbor turning on neighbor.  They engage in constant badgering by means of irrationally calling out local government corruption, collusion, conflict of interest or whatever other accusations they can throw against the wall in their attempts at intimidation.
Coached comments from trained activists are used to wear naive local officials down. It some cases it has worked.  Board members have unnecessarily recused themselves from the process for example.

I witnessed an instance of this intimidation in one town where an activist, coached by a smooth talking transient renter, stood up and asked anyone who owned land that could be leased to recuse themselves from the board.  This was followed up by two more activists demanding the same thing. Three of the five board member gave them exactly what they wanted. This settled the whole issue and the town had no quorum for voting either way.  This isn’t republican democracy – it’s mob action and bullying.

Anecdotal mailbox propaganda has fueled the activities of second-home and other small land owners who mistakenly think they have nothing to gain from natural gas development.  They suppose there are only costs to them, so they haven’t paid attention to the facts, but, rather, have simply accepted the easy route of buying into the lies.  The folks on the pro-natural gas and land rights side have been following this for over six years. Most have a far better understanding of what is at stake.  They recognize their property rights are being taken and see the devaluing of land on which they have been paying full taxes on since ownership. 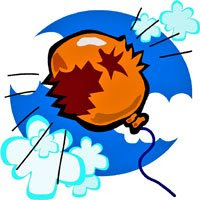 Landowners are quiet until pushed.  Let’s look at some real numbers.  The Marcellus Shale exists in 25 counties consisting of 422 towns in New York.  Most of those towns, however, do not have marketable Marcellus Shale reserves and that’s where the bulk of the communities who have enacted moratoriums are located.  Among the towns who do have the economically recoverable gas, there are between 50-60 towns who have opted to take a positive stance on natural gas development and a handful who have done the opposite, the largest of which was the City of Binghamton where the moratorium balloon just burst.

Even if we accept that all 422 might have something at stake (most do not) there is still a majority of perhaps 220-30 towns who understand they are not the DEC and do not have the capabilities, time, expertise, money to become independent states and that’s why, even if they not enacted a positive resolution, they have opted not to chase after the balloons.  Those towns also understand painting your community with the scarlet letter M for moratorium is a message and not a particularly good one.  Rather, it is one crafted for them by groups having total disregard for the fair and balanced rights of all the community.  The towns that have done so, are not utilizing the scarlet M to argue for more time, but more as a statement that they don’t think they want an industry they are not going to get anyway.  They think it’s a painless way to satisfy a noisy minority in their community.

I say these towns should be forced to face reality.  They should also adopt resolutions to ban any use of natural gas.  I’m floating that balloon.