It’s no secret that Ohio is quickly becoming one of America’s top energy hubs. It’s a major reason why the state has seen proposals for nearly a dozen new natural gas-fired power plants representing more than 9,200 megawatts and more than $15 billion in investments in recent years. 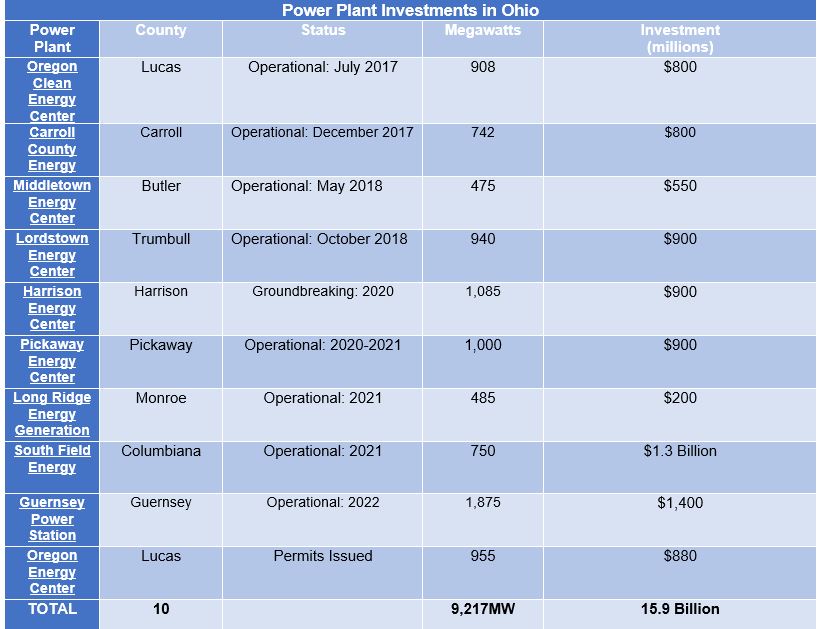 As the nation’s fifth largest natural gas producer, Ohio’s abundant supply of clean-burning, affordable natural gas has contributed significantly to U.S. energy security, consumer savings, and economic growth – all while helping to drive America’s emissions down to a level not seen in over 15 years.

The state’s rich shale formations are also an attractive asset for businesses looking to invest in the state, specifically in the form of new natural gas-fired power plants. To date, these local investments in both power plant construction and operation have reached billions and provided high-paying, blue collar jobs to thousands of hard-working Ohioans.

The United States is leading the world in energy-related greenhouse gas emission reductions, a report by the International Energy Agency recently found.

What’s more, Ohioans are realizing this achievement at an even faster rate than the entire nation, according to a Consumer Energy Alliance (CEA) brief:

“The brief offers further support for one of the great untold stories in Ohio and across the country, the United States is leading the world in environmental stewardship and emission reduction.” 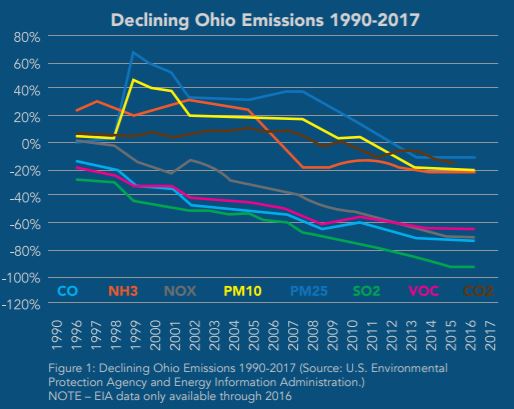 “Due in part to the commonsense regulatory policies enacted by our elected officials and the voluntary actions that have been taken by companies across Ohio to the benefit of our communities. We should all be proud that Ohio is one of the leading states in the nation in realizing greater emissions reductions.”

Indeed, Ohioans should be proud of their leadership in the energy industry. Between contributions to environmental sustainability and the state (and nation’s) economy, Ohio has proved it is a force to be reckoned with that will continue to thrive for generations to come.