It’s the most wonderful time of the year!

And whether you’re hanging stocking by a propane or natural gas fireplace, lighting the Christmas tree and decking the halls, or traveling to spend the holidays with family — fracking plays a major part in the festivities this season.

What’s more is because of fracking the U.S. economy is benefiting tremendously, making this year a little merrier for everyone. In fact, the National Bureau of Economic Research (NBER) recently estimated that shale oil development alone has added $3.5 trillion to the economy. And just this week, NBER released another report showing that local economies are benefiting by the fact that the average household has an extra $1,300 to $1,900 to spend per year due to fracking.

But it’s not just the direct influx of revenue helping the American public. As the London School of Economics recently reported, shale development is making the revitalization of the manufacturing industry possible, and returning American jobs back to Americans by doing so.

Happy Holidays From Everyone at Energy In Depth! 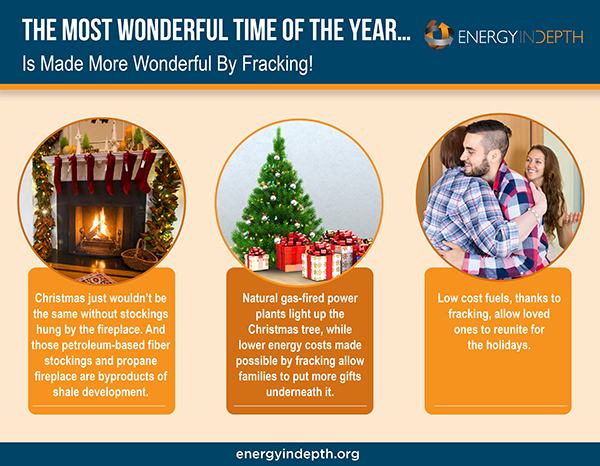