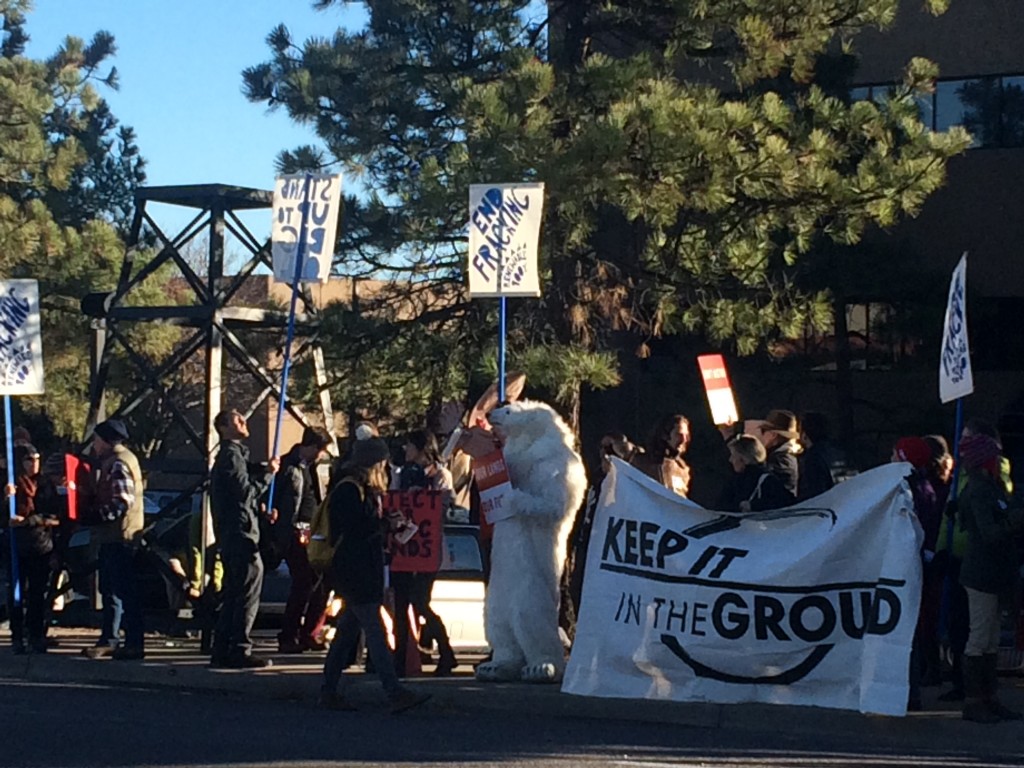 Today, a handful of anti-fracking activists from a number of national organizations got into planes and cars (that use fossil fuels) and traveled to Colorado to tell the world that we don’t need fossil fuels.  The Center for Biological Diversity, with headquarters in Tucson, Arizona, even brought “Frostpaw the Polar Bear” with them.

The groups descended on a Bureau of Land Management (BLM) office in Lakewood, Colo. to protest a lease auction of 90,000 acres for oil and gas development in central and eastern Colorado.

The protest was organized by a cadre of activist organizations opposed to hydraulic fracturing including the 350.org, the Center for Biological Diversity, Greenpeace, Food & Water Watch and the Rainforest Action Network among others. EID overheard one activist say that she had travelled all the way from California to organize a series of similar protests across the west. 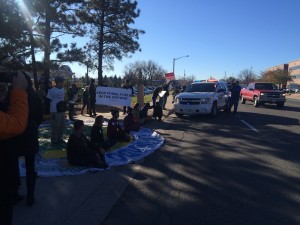 Protesters block the entrance to the Lakewood BLM office

In a further sign that the campaign against shale development is growing increasingly extreme, a group of protestors actually blocked the entrance to the government office’s parking lot despite being asked to move by BLM staff and law enforcement agencies. 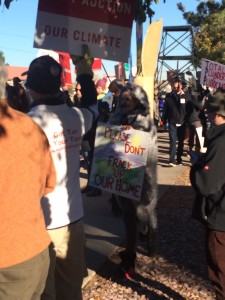 Other protesters donned costumes and carried signs and puppets in an attempt to gain attention from morning commuters. 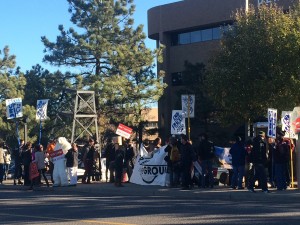 While it is difficult to say how many of these activists came from out of state, the organizing presence of many national organizations could not be clearer. But these national organizations may find that despite drawing nearly 50 protestors to the BLM office, a large majority of Coloradans strongly favor shale development.

In fact, a recent poll of Coloradans found that “majorities of Republicans (95 percent), Independents (84 percent) and Democrats (69 percent) say that producing more oil and natural gas here in the U.S. is important to them.” In other words, support for shale development crosses spans a wide majority of Colorado’s population across party lines.