Anti-fossil fuel activists, facing losses across the country and desperate to keep their campaign alive, are deploying increasingly extreme tactics to drum up attention. Today’s protest outside a Bureau of Land Management sale of federal land for oil and gas leasing in Colorado featured the usual suspects, including Greenpeace, 350.org, Food & Water Watch, and Rainforest Action Network, which are part of a larger campaign to “keep fossil fuels in the ground.”

Not only is it becoming more and more obvious that these activists are outnumbered by the overwhelming majority of Coloradans who support oil and gas development, but their campaign has been rebuked by Colorado’s elected officials, business leaders, and editorial boards and called “naïve” by Department of the Interior Secretary Sally Jewell just last week. No wonder these activists are grasping at straws to keep their Colorado campaign alive. 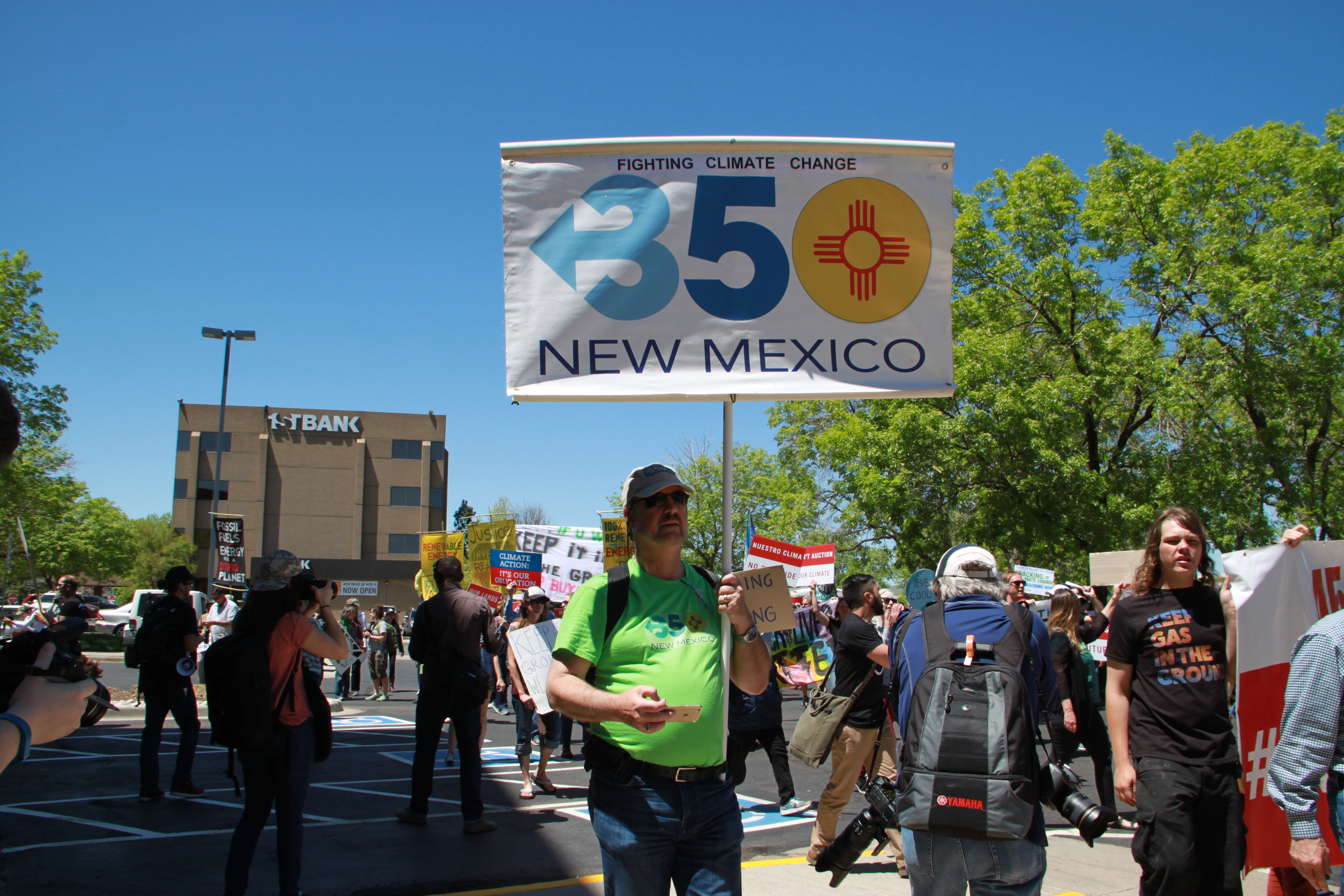 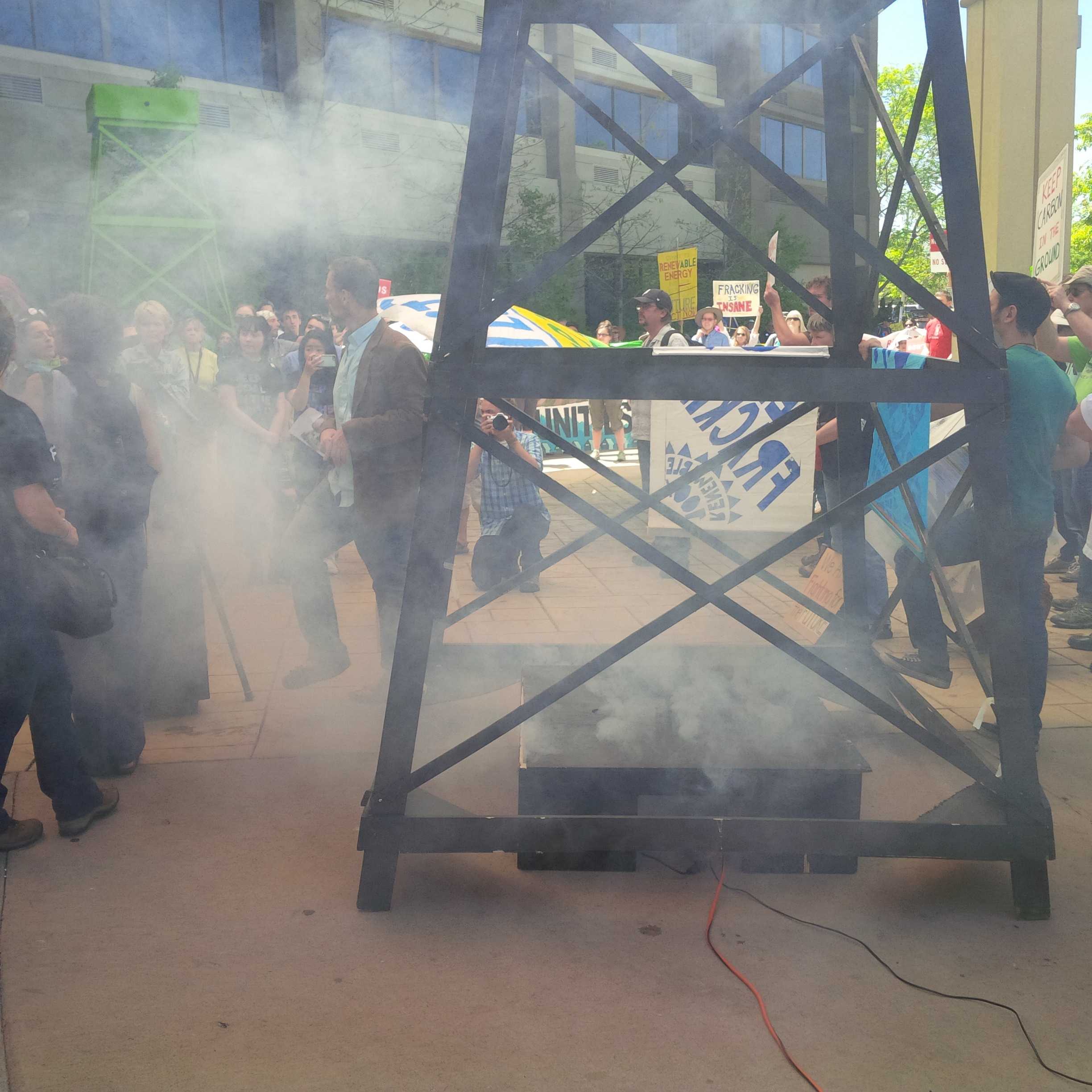 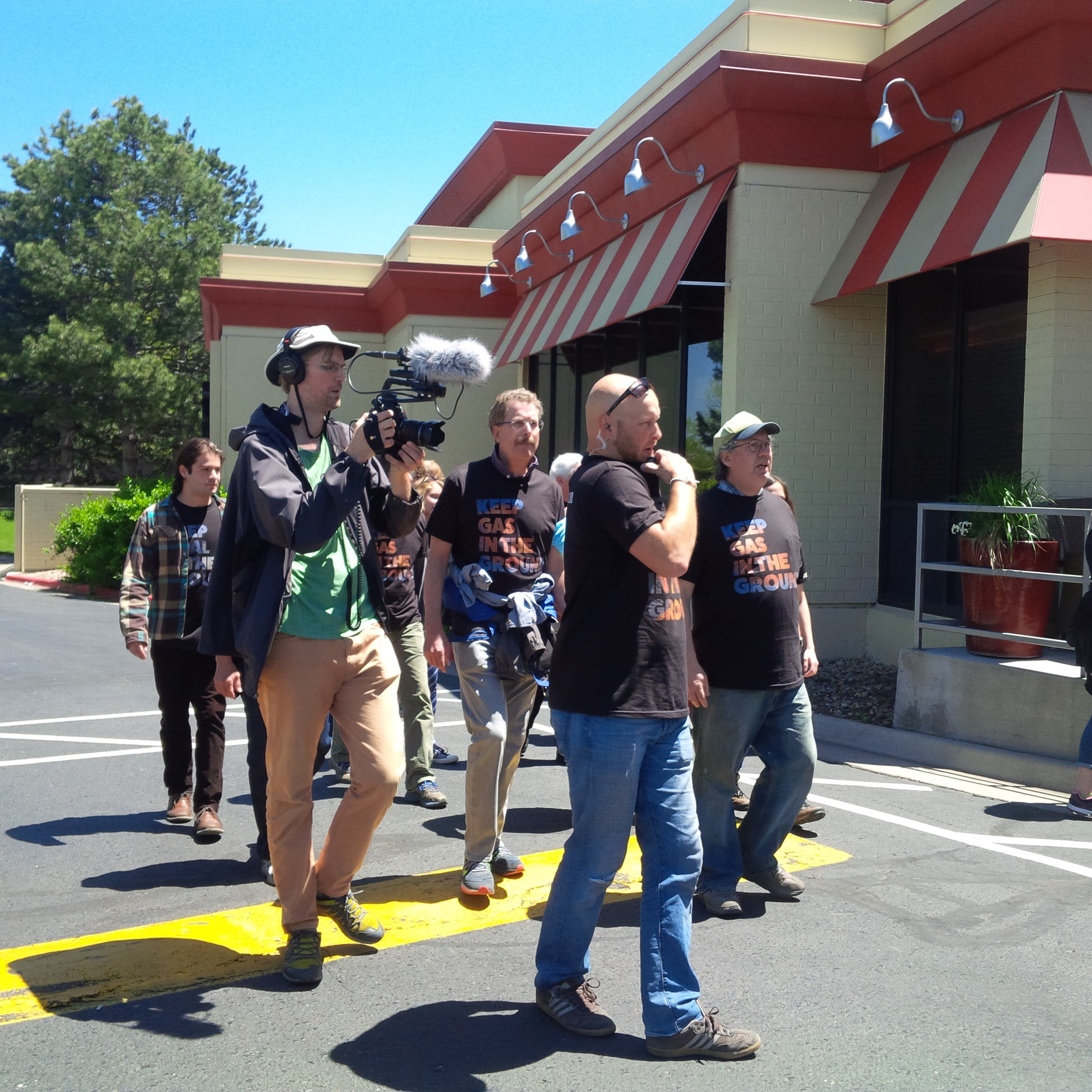 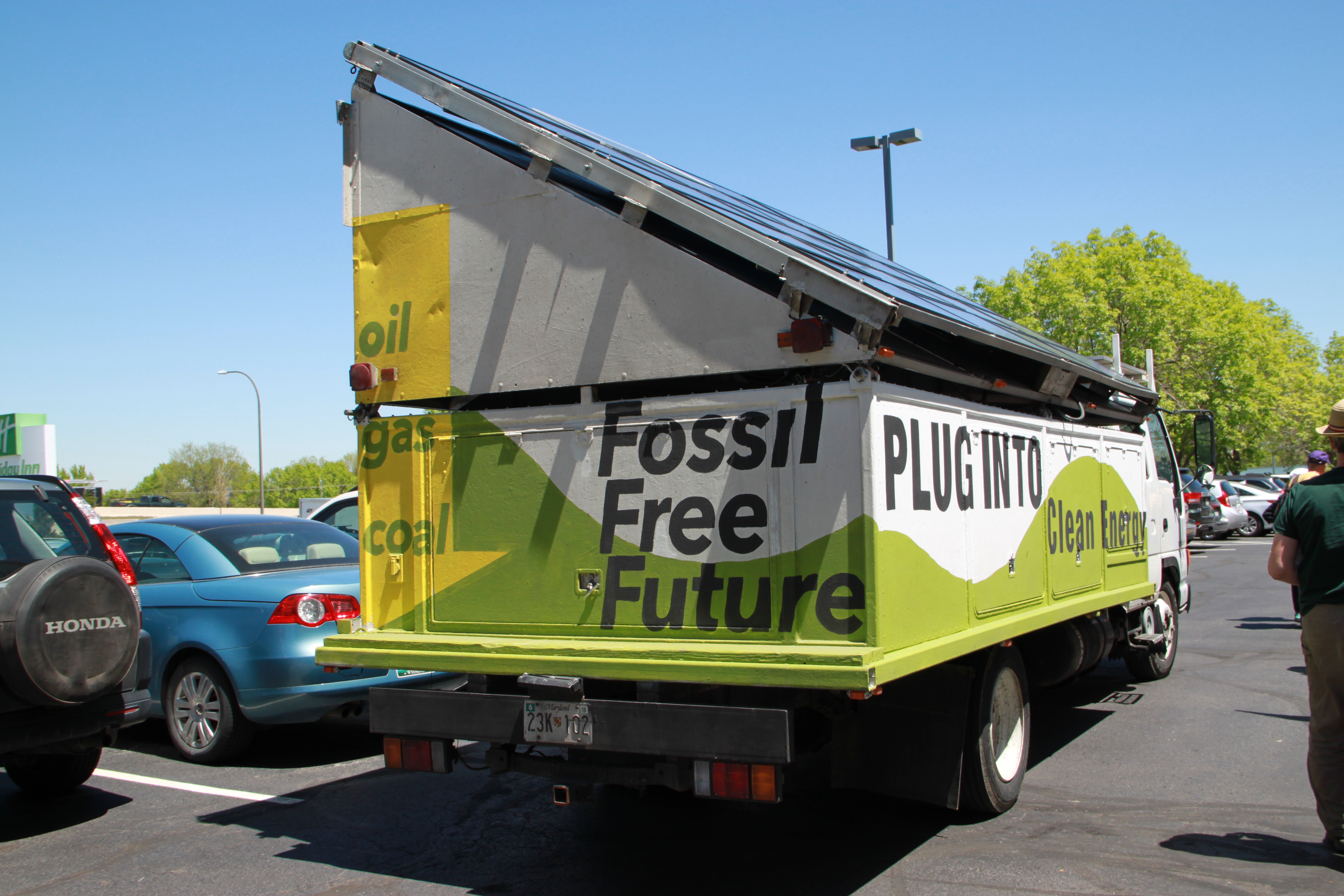 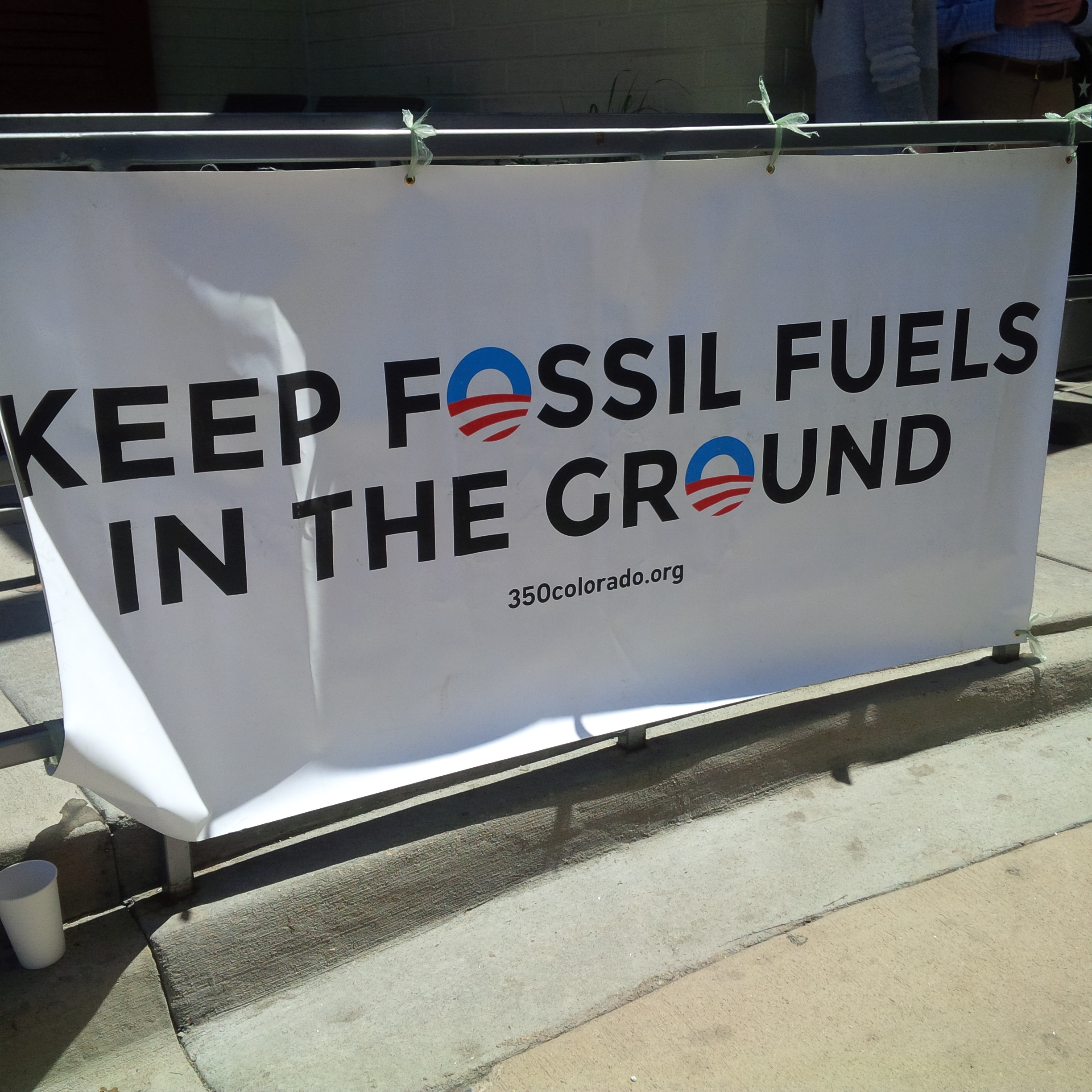 Members of several activist groups, including one from the New Mexico chapter of 350.org, turned out to protest a federal lease sale organized by the Bureau of Land Management in Lakewood, Colorado. The activists relied on gimmicks, such as a fog machine, to drum up attention.

Busing protestors to Colorado, christened “ground zero” by national activist groups, is an old tactic used by national groups to ban fracking nationwide. So is creating localized chapters that masquerade as grassroots campaigns: Coloradans Resisting Extreme Energy Development, a group that the Greely Tribune has likened to a “toddler throwing itself on the floor, kicking and screaming in the hopes it will get its way,” is the most recent iteration of Washington, D.C.-based Food & Water Watch’s Coloradans Against Fracking and “Don’t Frack Denver” campaigns, both of which have fizzled out after a series of embarrassing missteps.

Efforts by these groups to limit or ban oil and gas development in Colorado have drawn sharp criticism from elected officials, business leaders, and editorial boards across the state. Colorado’s Democratic governor, John Hickenlooper, recently condemned a ballot initiative pushed by activists attempting to increase setback distances in the state:

“That would be considered a taking, and I think the state would probably be judged responsible, and I think the cost could be in the many billions of dollars. I think that’s a risk that most Coloradans — if it was laid out for them in a sense they could clearly understand — would not support it.”

“If you passed a national ban [on fracking], this industry would go away and it would be harder for us to get to our place of transition on clean energy and climate.”

Their thoughts have been echoed, repeatedly, by editorial boards all over Colorado. Last year, the Denver Post published an editorial titled, simply, “Denver should ignore fractivists.” This year, the paper’s editorial board pointed out that banning oil and gas development, or making development impossible, would not only be an expression of “fervent anti-drilling ideology,” but would also violate property rights and the Fifth Amendment’s takings clause. Similarly, editors at the Greeley Tribune wrote earlier this year,

“Outright bans on fracking would be devastating to our economy and are, honestly, unrealistic in a free market.”

With 350.org co-founder Bill McKibben slated to appear at another “ban fracking” event in Colorado this weekend, we can only expect more arm-waving that threatens working families and has no place in Colorado.