As silly as it seems, fracking opponents continue to suggest natural gas — a fuel the U.S. Energy Information Administration (EIA) and Intergovernmental Panel on Climate Change (IPCC) acknowledge is the primary reason the United States leads all major nations in carbon emission reductions — is somehow part of the problem when it comes to climate change.

The latest example is an upcoming episode of the National Geographic climate change series “Years of Living Dangerously” that bombastically plays up — to an unintentionally hilarious degree — the debunked notion  that methane leaks are wiping out all of natural gas’ obvious climate benefits.

First, National Oceanographic and Atmospheric Administration (NOAA) scientist and noted methane emission exaggerator Gaby Petron claims to have found that methane leakage rates are at four percent in Colorado, leading Bittman to set the tone for the entire episode by asking the following: 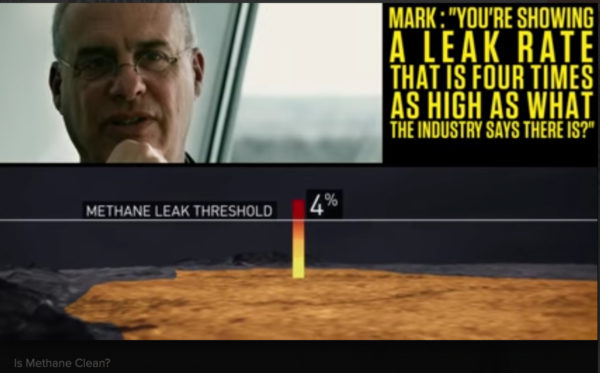 The fact that Petron — whose past claims of elevated methane leakage have been criticized by EID, Environmental Defense Fund (EDF) and others — based her data on readings taken from a device attached to her van — her van! — is never called into question.

But the absurdities only escalate from there. Next up is a claim that Bittman and a research team found 11 percent leakage rates in Utah’s Uinta Basin. And if that wasn’t scary enough, the video claims 17 percent leakage rates were found in California’s Los Angeles Basin, more than 11 times what nearly every reputable scientific study has found!

Considering scientists agree that natural gas loses its climate advantages when methane leakage exceeds 3.2 percent, the intended takeaway from the episode is clear — natural gas is bad, scary bad — as the following screenshots from the video indicate. 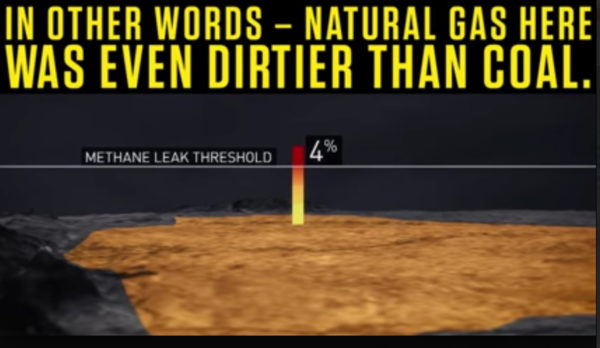 To make matters worse, the video asserts that the notion methane leakage rates are currently well below 3.2 percent is a baseless claim completely attributable to the oil and gas industry. 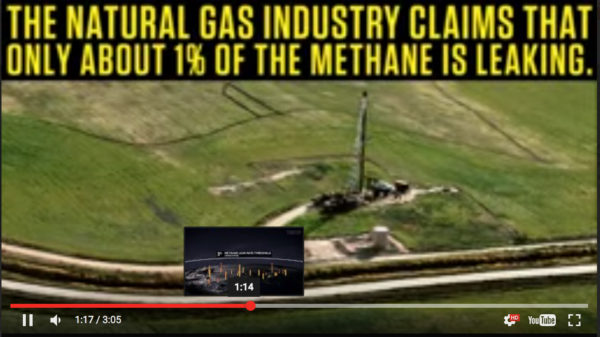 But the fact remains that the latest independent scientific research, not industry, finds methane leakage rates are WELL below the threshold for natural gas to maintain its climate benefits (ranging from 1.1 to 1.7 percent). And this research happens to be based on the most state-of-the-art technology (and definitely no measurements taken from vans).

Refuting what this “Years of Living Dangerously” episode claims, here is a rundown of the most prominent scientific evidence showing that methane leakage rates from natural gas production are low and well below the threshold for natural gas to maintain its climate benefits.

Even the Intergovernmental Panel on Climate Change’s (IPCC) — not exactly an industry or “climate denier” source — states in its latest climate assessment that numerous studies show methane leakage rates are very low,

The quantity and quality of the data showing low methane leakage rates from natural gas development is so overwhelming, that it’s simply baffling that fracking opponents continue to play the methane card. But considering the sources in this particular National Geographic program, maybe it shouldn’t be all that surprising.

Cornell professor Anthony Ingraffea — whose absurd claims on methane leakage have been thoroughly debunked by the Department of Energy, MIT, the University of Maryland, Carnegie Mellon and Cornell University — is prominently featured.

And Petron — who, ironically, was a co-author of a recent NOAA study that indicates methane emissions may be overstated — is known for co-authoring a flawed study that claimed leakage rates of 7.7 percent in the Denver-Julesburg Basin. Michael Levi, energy and environment fellow at the Council on Foreign relations, said that the study’s findings were “unsupportable” based on what he terms the “wrong interpretation” of the data, arguing that the emissions rate is a fraction of what Petron and her fellow researchers found.  EDF has also said of the study: “conclusions should not be drawn about total leakage based on these preliminary, localized reports.”

Unfortunately, many viewers won’t be privy to the ample scientific data showing methane leakage rates from natural gas development are low when “Chasing Methane” airs later this year. But make no mistake: Despite all the ominous music, alarming graphics and foreboding claims the show will make, it is nothing more than the latest round of anti-fracking methane misinformation.