The stay at home orders have caused an increase in residential energy demand and a rise in electricity costs for families across the country. According to a recent Indiana University survey, the higher energy costs are disproportionately affecting low-income individuals and people of color, who were already suffering from high unemployment, limited savings and an unexpected change in family needs. Affordable energy, like natural gas, can help these and all Americans power through our current situation.

The Case for Cheap Energy

The survey conducted by Indiana University was nationally representative of U.S. low-income households to measure energy insecurity. Of those surveyed:

“25 percent of respondents indicated negative job experiences as a result of the pandemic: 9 percent had lost their jobs, 10 percent had their hours reduced, and 6 percent were furloughed without pay.”

Meanwhile, their activity levels at home have only increased. All the electronics that would be dormant from 9-5 are constantly on – parents are working and cooking, children are studying, and the AC is humming steadily in the background. The rise in energy demand and corresponding increase in electricity payments has left 17 percent of those at the federal poverty level unable to pay their electric bill in the past month.

These disadvantaged individuals are the Americans who benefit the most from low energy costs and suffer the most from a lack thereof. According to a 2016 study, energy insecurity can cause adverse physical and mental health in adults and children with increased chances of developing respiratory illnesses and anxiety. The study continued to say that interventions to promote warmth and energy efficiency can:

“Improve housing conditions, reduce fuel costs, and increase comfort and a sense of pride in one’s home, which then lead to direct and indirect improvements in general health, respiratory health and mental health.”

These segments of the population are asking for relief and there is ample supply to meet their needs.

The United States has become the largest producer of natural gas over the last decade. 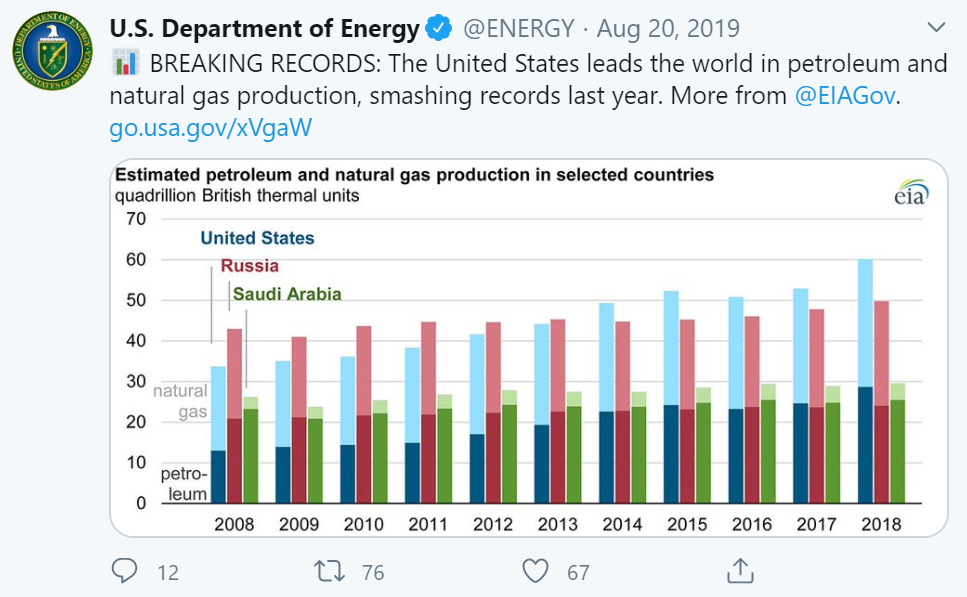 At one half to one third of the price of electric, it has helped keep the costs of running a household low and reduced the “heat or eat” dilemma that low-income families face.

It is illogical that some state and local governments have decided against natural gas investments.

Last year, a New York City utility, National Grid, had to deny new gas hookups for months because of an infrastructure deficit that couldn’t help them match increasing demand. Governor Andrew Cuomo decided that building pipelines wasn’t in the interest of New York residents, despite his residents being the sixth largest consumers of natural gas in the United States and his constituents paying the eighth highest average price for residential electricity.

And if New Yorkers weren’t facing the squeeze then, they are now. New York City apartments are consuming 23 percent more electricity during business hours than they were prior to quarantine.

New York can’t win the fight against cheap energy. If the stay at home orders end and energy demand grows with economic recovery, they enter winter facing the same infrastructure capacity deficits that they did in 2019. And if quarantine continues, more individuals will suffer under the cost of high energy prices.

Meanwhile, in California, local governments have banned natural gas hookups, which could result in homeowners and renters paying four times as much for electric energy than could be supplied directly by natural gas.

Energy costs can be brought down with the use of natural gas. The United States has the supply and the demand is there. By providing this resource to all and lowering the burden of energy costs, everyone benefits, but none more so than low-income individuals. If governments and regulatory bodies don’t invest in expanding natural gas accessibility, they are doing a disservice to those who need it the most.