The production of natural gas in Colorado and its use in electricity generation has grown significantly in the past decade at the same time emissions of key air pollutants have fallen dramatically, data from the Environmental Protection Agency shows.

The amount of electricity generated from natural gas increased by 67 percent from 2010 to 2018 while the emissions from sulfur dioxide (SO2), nitrogen oxide (NOx) and carbon dioxide (CO2) fell by 18 to 75 percent over that same period – highlighting the fuel’s growing importance in providing cleaner power and addressing environmental challenges.

“Producing homegrown oil and natural gas is an environmentally responsible choice. We are making powerful strides in our air quality and emissions are declining. It makes far more sense to produce our own energy in a safe and responsible manner right here in our own backyard, than to produce it in countries with poor environmental standards and atrocious labor practices.” 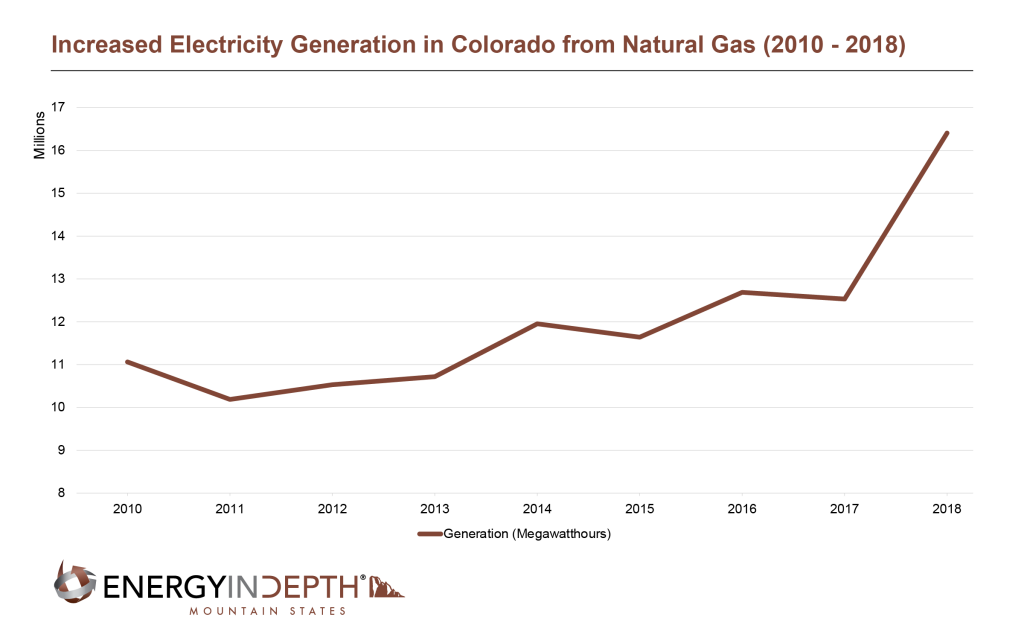 During that same period that natural gas production and electricity generation has risen in Colorado, emissions have fallen. 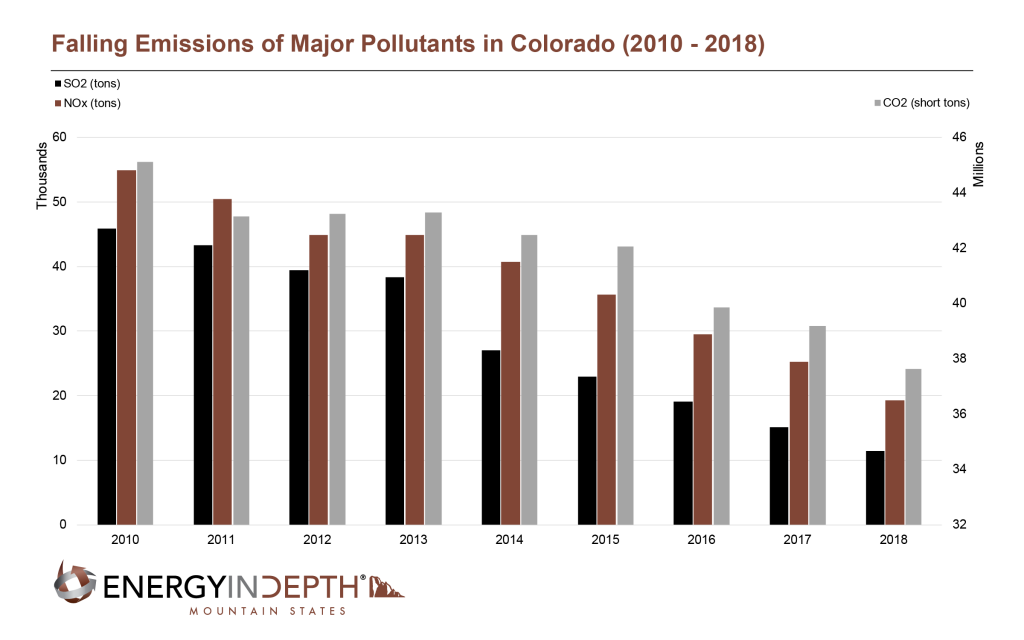 Similar Results Around the County

But it’s not just Colorado that’s benefitting from increased natural gas production and its use in electricity generation, it’s the entire United States.

US power plant CO2 emissions were down a record 8% last year, falling below the levels that Obama’s Clean Power Plan sought by 2030. Ongoing declines in NOx and SO2 too. (Data from EPA at https://t.co/13BqfDqZD8) pic.twitter.com/eLMhTnkZC4

The numbers are clear. In Colorado, natural gas production continues to rise as well as the fuel’s use in electricity generation. That’s led to dramatic declines in major emissions including SO2, NOx, and CO2. And it’s happening elsewhere around the county as natural gas leads all other energy sources in reducing carbon emissions.

The fracking revolution has turned the United States into an energy superpower and is the reason we lead the world in emissions reductions.