According to EPA, methane emissions from both the petroleum and natural gas systems sector declined 13 percent from 2011 to 2014. 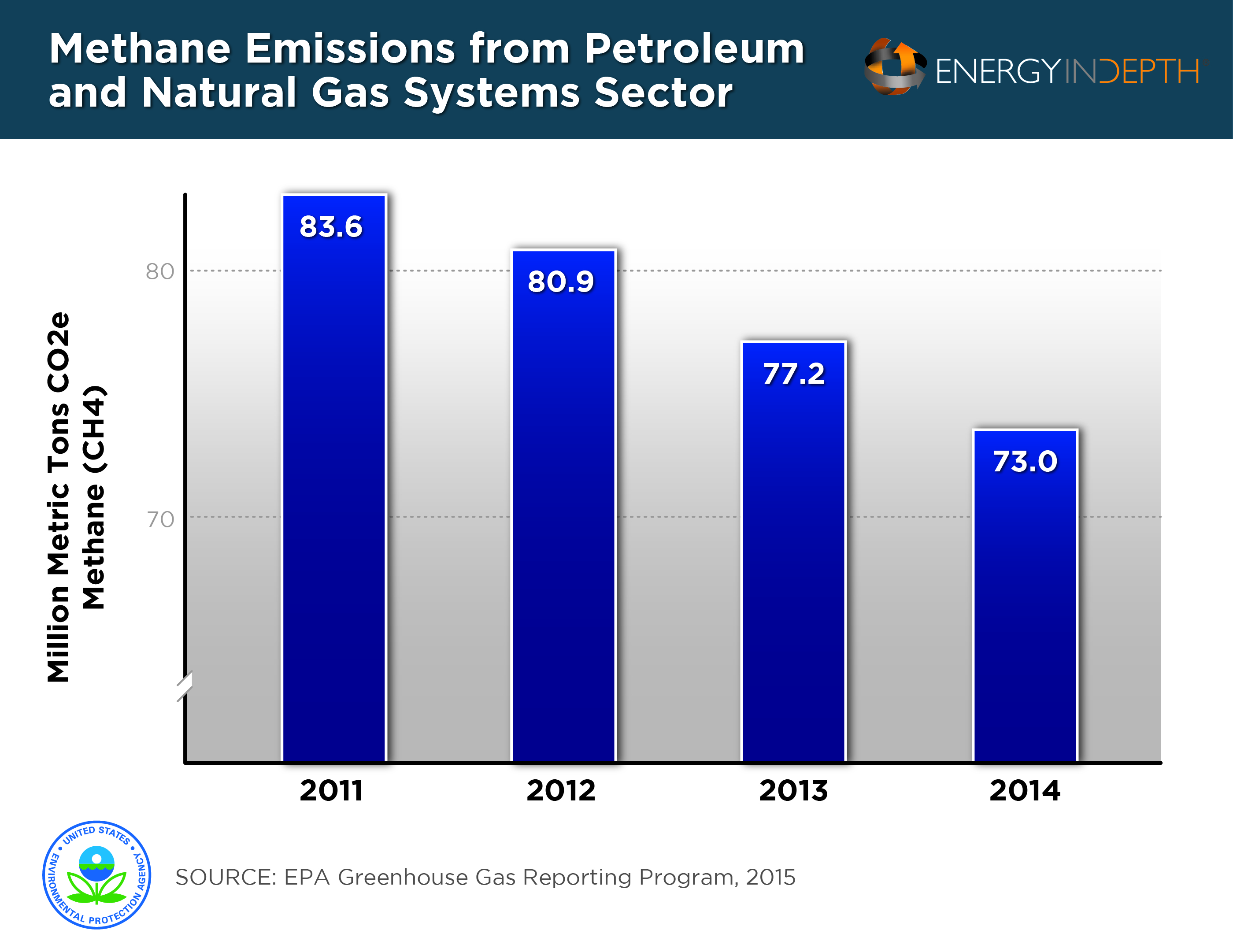 Further, emissions from hydraulic fracturing itself declined substantially: from 2012 to 2014 reported methane emissions fell by 81 percent.

Of course, EPA’s latest data comes after major studies have found low methane emissions.  Several studies spearheaded by the Environmental Defense Fund (EDF) as well as studies by University of Colorado at Boulder/NOAA, MIT, the University of Maryland, the U.S. Department of Energy, Carnegie Mellon and Cornell University found very low methane leakage rates ranging from 1.2 percent to 1.6 percent, which is far below the threshold (3.2 percent) for natural gas to be substantially beneficial for the climate.

Therefore it’s no surprise that the Intergovernmental Panel on Climate Change (IPCC) said that fracking and the increased use of natural gas is “an important reason for a reduction of GHG emissions in the United States.”

Methane leakage rates are clearly very low, but how much of a percentage do they make of overall emissions?  According to EPA’s Greenhouse Gas Inventory methane emissions from the oil and gas exploration and production are a mere 1.07 percent of total national greenhouse gas emissions.

EPA says the reason it plans to regulate methane is to mitigate climate change, since methane is a greenhouse gas.  But with study after study, including EPA’s own data, finding low and dramatically declining emissions, it only becomes clearer that regulations are a solution in search of a problem.