A new report from the Harvard Business School, released this week, has concluded what Americans have long realized: that shale development has been a “game changer” and is a “win-win” for the economy and the environment. As the report points out, unconventional drilling contributed more than $43 billion to annual U.S. GDP, nearly equal to the entire state of Ohio’s GDP. What’s more is that, according  to the report, shale development has added 2.7 million American jobs, which accounts for almost half of the total jobs added to the U.S. economy since 2005.

The report also identified that shale has proven to be a win-win both from an economic and environmental perspective, stating that shale development is,

“perhaps the single largest opportunity to improve the trajectory of the U.S. economy…and can not only help restore U.S. competiveness but can also create geopolitical advantages for America…while substantially mitigating local environmental impact.” (Emphasis Added)

The study found that Shale development is:

According to the folks at Harvard, shale has created major economic benefits that include

In Ohio, we have watched this story play out right before our eyes as we’ve embraced the $28 billion of investment into our economy and thousands of jobs that have been created. Over the past few years, shale related jobs have supported millions in wages for the skilled trades, reduced unemployment by, on average, 66 percent and spurred manufacturing back to life, and has even brought in investment from Asia to some of the poorest areas of the state. We have

2) Saving the U.S. Economy & Providing Geopolitical Strength: “Made in America” 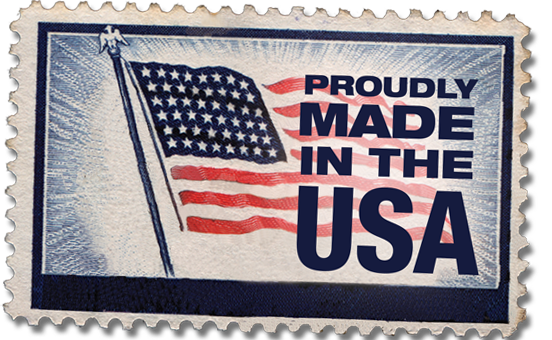 “Made in America” used to be a trademark of American ingenuity as well as a symbolic stamp of our manufacturing and industrial strength. As EID has pointed out many times, manufacturing relocated due to cheaper prices overseas, but thanks to our boom shale production, manufacturing has come roaring back in recent years.

The Harvard report cites many examples from Boston Consulting Group’s Made In America, Again series, which highlights “low-cost energy as the most significant emerging advance for U.S. manufacturing competiveness.” It also explains how the United States has had a “significant head start in unconventionals technology and production versus other countries”. (Emphasis added) This gives the U.S. an incredible competitive edge, which has trickle down impacts to manufacturing including petrochemicals, transportation, lighting, and appliances, and other applications. This provides hope that Americans will once again predominantly see labels on their clothes and toys that say proudly, “Made in America” again. And yes, we have already experienced the infancy of this game-changer in Ohio. That’s right, we are making steel again in the Buckeye State, thanks to shale.

Take a look at the figure below to see how this story will unfold across the United States: 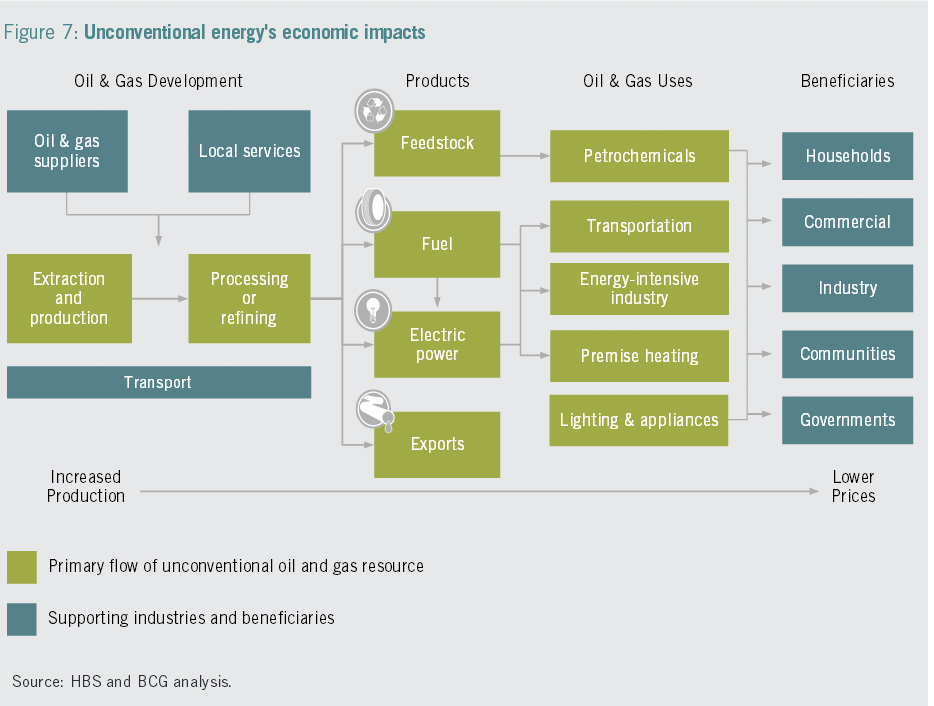 Probably the most interesting, although not surprising, analysis that came out of this report was the acknowledgment that shale is actually speeding up the transition to a low-carbon, cleaner energy future.

The report also noted that America is caught in an unproductive and misinformed debate over hydraulic fracturing, as it relates to environmental impact. Nowhere is this more apparent than the ongoing “ban-fracking” campaign alleging that shale development will stifle the rollout of renewables. For example, Earthworks states on their website, “We can wait no longer to advance sustainable, renewable energy over fossil fuel production. To try and drill our way out of the nation’s energy woes will only continue to harm the health of the planet and of communities in the 34 oil and gas producing states – and delay a real transition to a truly renewable energy economy. “

In fact, this a widespread talking point by anti-fracking groups and has been a trademark of their efforts to ban hydraulic fracturing, yet according to Harvard researchers, shale development is “unlikely to delay the rollout of renewables, instead it can actually enable their scale-up.” (Emphasis added) The report also noted that an all-renewables approach is simply not feasible: “In the near term is neither technically or economically viable.”

The report also paid significant attention to natural gas and its necessity for near-term carbon reduction citing EPA Administrator Gina McCarthy’s April 2015 statement, “(Fracking) has changed the game for me in terms of how the energy system is working. The inexpensive gas that’s being produced has allowed us to make leaps and bounds in progress on the air pollution side.”

As the report states over and over, in the 72 pages of study, the results are in and shale is a clear win-win for the United States and Ohio from an economic AND environmental perspective.

What if we told folks that there was a way to reduce the federal budget by 13 percent last year, without any impact on the American taxpayer? Sounds like a pretty good deal, right?

Well, American taxpayers would have had to cough up an additional $62 billion in tax revenues, had the oil and gas industry not come to the table with their share of new federal tax money. According to the Harvard report, that number is for federal taxes alone, another $48 billion has gone to support state governments. What’s more is that by 2030, that number could reach $160 billion. These numbers still don’t account for local taxes and things like impact fees and Road Use Maintenance Agreements (RUMA), which have generated millions to local governments in both Ohio and Pennsylvania. This has saved local governments from budget deficits and helped repair roads and bridges, build schools, and support infrastructure. Again, growing tax revenues and supporting government efforts, with no cost to the American taxpayer.   Take look at the chart below from the report to see how this all adds up: 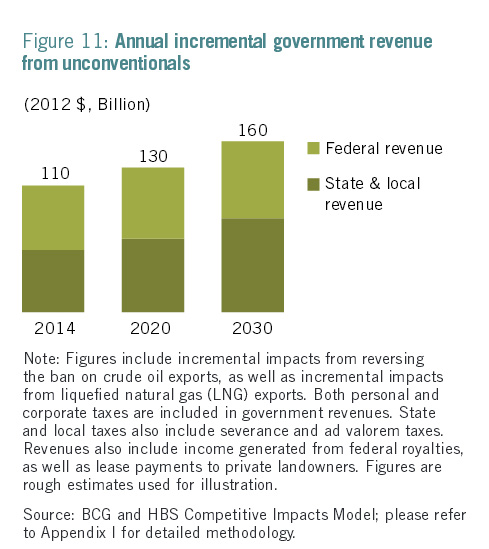 Even for those not directly or indirectly employed by shale related jobs, American households have realized low-cost natural gas savings of $800 per household, and an additional $750 in gasoline savings this year alone. Utility bills for electricity and heating are immediate and impactful ways that shale development is in fact fighting poverty and providing savings to consumers. These savings are only slated to increase overtime. 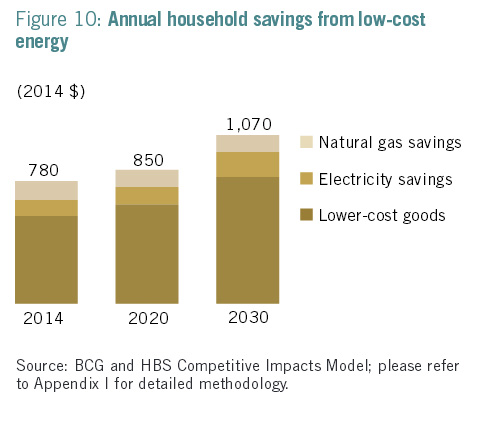 The bottom line is that shale continues to drive the U.S. economy in ways that we have not imagined in decades. At the same time, and we are developing our natural resources in an environmentally friendly way. One day our children will read in their American history books of the energy renaissance occurring today, just like they did when they learned about the industrial renaissance and the American Dream. The smart folks at Harvard outlined a very compelling case that is integral to America’s emerging strength: energy development from shale.