Natural gas has long been a critical component of our energy mix, and U.S. consumers recognize the value of an environmentally friendly resource that is both reliable and affordable. As cities begin to consider bans on natural gas connections in new buildings, however, a new Morning Consult poll reflects a distinct split in public opinion concerning the future of natural gas for cooking.

While almost half of U.S. adults use natural gas at home, 44 percent indicated they would “definitely” or “probably” support an end to installing natural gas connections for new construction. The 37 percent of respondents who expressed opposition to natural gas bans used a simple argument – when it comes to cooking and heating our homes in the winter, natural gas performs better, is more reliable, and presents a more affordable option for consumers. 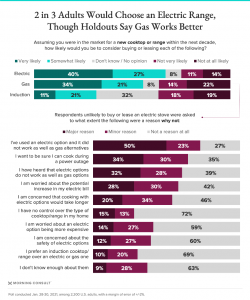 When it comes to the choice between natural gas and electricity for cooking, natural gas is still the favored choice: 73 percent of respondents who prefer to keep their gas stoves said they’ve used both and electric “did not work as well as gas alternatives,” while 40 percent said they have heard gas is better, 54 percent are worried it will take longer to cook food on an electric stove and 30 percent simply prefer gas.

And that sentiment isn’t just found in homes across America. In addition to the many Americans who rely on natural gas to cook meals for their families, restrictions on new natural gas connections would inflict significant hardship on local restaurants. As Francisco Anton of La Ñapa Tapas bar in Brooklyn said:

“A gas stove can stay working fine with the proper treatment for 10-plus years. Electrical equipment? Every day after the first year is a gift.”

Robert W. Phillips, a professional chef and chairman of the Chef De Cuisine Association of California, emphasized how transitioning to fully electric appliances critically jeopardizes how chefs can make a living:

Natural gas is an abundant resource in the U.S., making it a fuel that consumers can count on, a point that was also clear from the poll: 64 percent of respondents who aren’t ready to make the switch from gas expressed concern that they wouldn’t be able to cook during power outages.

The storage potential of natural gas further bolsters energy security across the country, and as a low carbon power source, consumers can meet their energy needs – especially in cold winter months – while staying environmentally conscious.

According to the American Gas Foundation, almost 3 million miles of pipelines deliver natural gas to storage facilities nationwide, and electricity generation from natural gas has risen from 16 to 38 percent since 2000. As the report explains:

“As the transformation of the energy system accelerates, it is important for stakeholders to understand the increasing interdependence of gas and electric systems and their role in creating a more resilient future.” 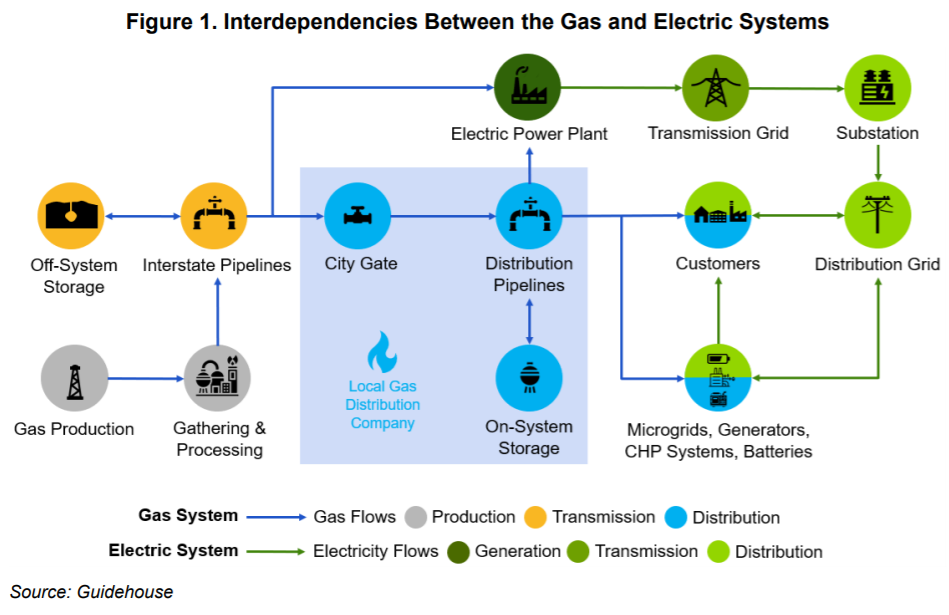 Natural gas is both resilient and reliable, as the poll respondents recognized.

The U.S. economy is still recovering from the impacts of the global pandemic, and as such, it’s not surprising that affordability remains in the forefront of the poll’s participants: 58 percent of respondents that prefer gas for cooking are concerned about increases to their electric bill.

Cities considering natural gas bans will have to address questions of affordability and reliability that their residents’ need for their energy demands, as well as the undue restrictions on consumer choice.  Natural gas remains the preferences of chefs across the United States and the affordable option for millions of homeowners. In order to truly function as energy solutions, local policy decisions must position the needs of the communities they are meant to serve at the center of their decision-making process.