Kern County’s Cawelo Water District (Cawelo) has released results from yet another third-party toxicological study concluding that low level organic elements found in oil field-produced water are not being absorbed into crops irrigated as part its innovative and decades-old water recycling program.

The current study, which focused on root crops like carrots and potatoes, is part of a series of studies (see previous EID reports on those results below) that verify an initial study that showed Cawelo’s recycled produced water is safe for use in irrigation by California farmers who have relied on this water for decades, and never more than during the ongoing drought. 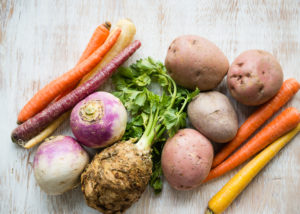 From the press release:

“Certain stakeholders have raised questions regarding the safety of using recycled produced water to irrigate crops. With a mandate to protect public health and ensure factual information is disseminated, Cawelo voluntarily initiated a program to extensively and systematically study recycled produced water quality as well as commodities grown with this water supply. Results of all tests are provided to the Regional Board and its recently established Food Safety Panel and made available to the public.”

Following is a summary of Cawelo’s voluntary testing:

According to the State Water Resources Control Board, no studies to date have shown that irrigating food crops with recycled produced water poses any threat to public health.”

As has been pointed out before, the Cawelo recycling program has nothing to do with hydraulic fracturing, or fracking, and water produced from this process is never used for irrigation.

More on the Cawelo water recycling program can be found here and here.

For more than 20 years, Kern County’s Cawelo Water District (Cawelo) has helped farmers offset water shortages by recycling some water brought from the ground (“produced”) during the oil and gas development process in non-hydraulically fractured wells. The produced water is filtered and treated by Cawelo. The water district then blends it with water from other sources and conducts quality testing before providing it to farmers. This program has never been more necessary than now, in the midst of California’s record-breaking drought.

This week, Cawelo released more good news about its ongoing water testing program to ensure the safety of recycled water. Results from a citrus crop study by a third-party environmental toxicologist found that

“…organic elements found in produced water are not being absorbed into fruit.  This verified a previous water quality study that showed Cawelo’s produced water supply to be safe for agriculture irrigation. [emphasis added]

As Lois Henry of the Bakersfield Californian reported:

This new round of tests involved mandarins, oranges and lemons from 18 different locations, again some irrigated with the oilfield water, some from other sources. 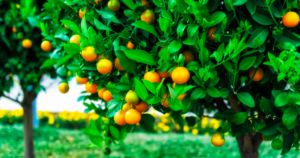 The testing program is intended to protect public health and to ensure that factual information makes its way to the public. Cawelo went on to note why this highly successful, decades-old program is especially important and beneficial now:

You would think that a partnership providing 34,000 acre-feet (10 billion gallons) of treated, safe water to California farmers would be cause for celebration. But instead of celebrating this innovative program, extreme “keep it in the ground” anti-fracking activists have used this success story as yet another excuse to scare their followers with anti-scientific misinformation that is blatantly inaccurate.

As Energy In Depth has documented, activists curiously trained their sights on this program in a misguided attempt to halt all oil and gas production, ignoring the consequences that their activities could have on the agriculture industry in the nation’s top agricultural state and belying any pretense that their interest is consumer safety.

To date, CBD has not corrected the record for its members. What CBD lacks in integrity it probably makes up for in fundraising effectiveness.

Not only does the Cawelo program allow a productive use for oilfield-produced water (oil production produces water and oil in an approximately 15:1 ratio) but it allows the farmers who produce our food to mitigate the current unprecedented drought. This is the very definition of a win-win-win, for California’s agriculture industry, for consumers and for the environment.

The continuously demonstrated safety of the venerable Cawelo water recycling program is great news for all Californians genuinely concerned with the stewardship of our food supply. It is a shame that activists, who raise money and maintain relevance based on fear and not science, cannot occasionally take a break from industry-bashing to recognize when science shows that they are getting exactly what they claim to want.