Texas’ Eagle Ford Shale experienced a significant decline in flaring activity from 2012 to 2016, at the same time oil and natural gas production increased, according to a new study from the University of Southern California and San Francisco State University. However, the researchers and those who covered the study failed to point out this larger trend and focused their attention elsewhere.

Instead, researchers claim that the flaring could “be a significant environmental exposure in parts of this region,” and told media they plan to use their findings to next study infant birth weight and pre-term births in the region based on the total number of flares conducted over this time period. Notably, while the researchers are using the numbers to push for further examination, the study lacks important context on what the data actually showed.

Here’s three things to keep in mind when reading articles about this study or the study itself:

Flaring has gone down in the Eagle Ford, while production has increased.

As the researchers did tell media outlets, they identified, “…43,887 distinct oil and gas flares in the study region from 2012-2016, with peak activity in 2014 and an estimated 4.5 billion cubic meters of total gas volume flared over the study period.” But that’s an incomplete picture.

Perhaps more telling is that the researchers observed a 35 percent reduction in flares from 2012 to 2016, at the same time that oil and natural gas production increased by 134 percent and 345 percent, respectively, according to Texas Railroad Commission data. 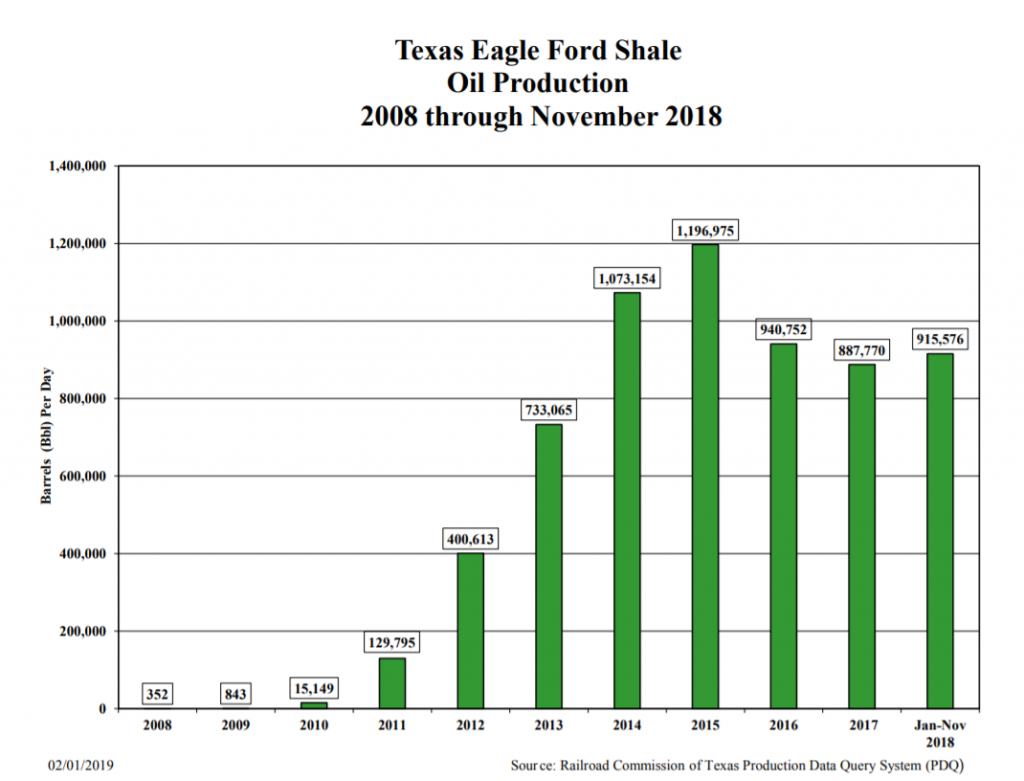 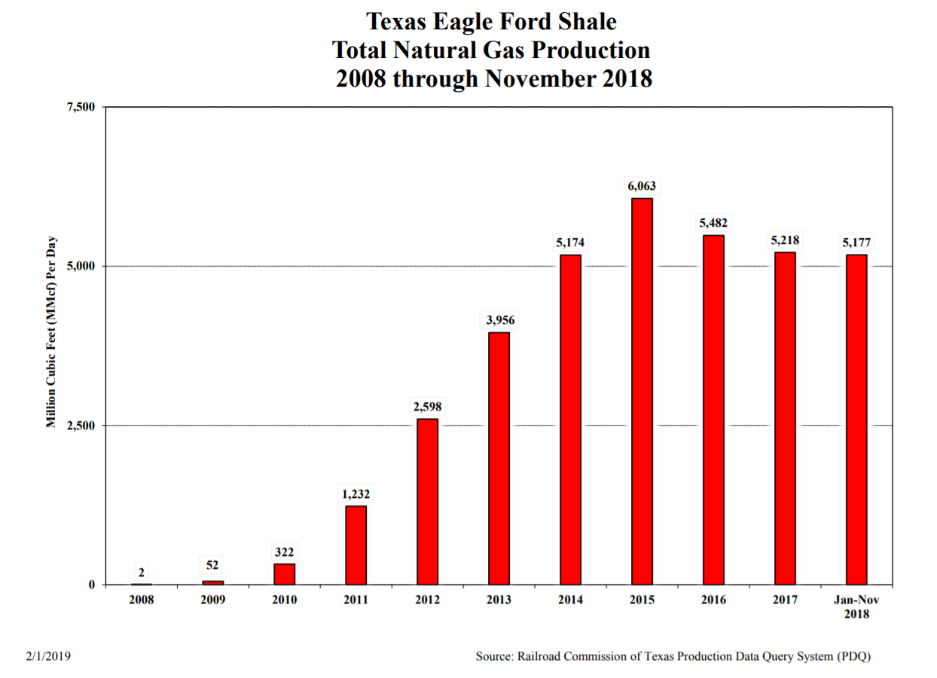 According to the study, flaring in the Eagle Ford peaked in 2014. From 2014 to 2016, oil production decreased slightly, while natural gas production continued to increase. Flaring decreased by a whopping 57 percent during this time period, including a more than 50 percent reduction from 2015 to 2016.

Increases in infrastructure will decrease the need for flaring.

Often, flaring is necessary when natural gas is produced alongside oil and, as a TRC spokesperson explained to the Texas Observer, “operators are issued permits to flare when pipeline capacity is insufficient.” Importantly, the researchers also explain in the study that “without  major investment in infrastructure, flaring is likely to continue as a primary mechanism of waste gas disposal in the Eagle Ford Shale and other regions.”

But nowhere in the study or media coverage do the researchers discuss how much added capacity is on the horizon across Texas. Similar to the neighboring Permian Basin where the amount of natural gas that has been flared in recent years represents a mere 1.2 percent of the 5,110 billion cubic feet per year capacity expected to come online by 2022, a mass buildout of new pipelines is also planned in the Eagle Ford.

Using satellite data to estimate flaring activity has its limitations.

The use of satellite data to estimate flaring activity produces consistently higher results than other means of measuring flared gas, which activists have argued demonstrates there are issues in the reporting of flares. To the contrary, TRC maintains that the reported numbers are “very close to accurate.”

As EID has previously noted, the National Academy of Sciences also questioned the reliability of using such “top-down” data compared to “bottom-up” measurements, which are considered superior for isolating the source of flaring activities.

The authors of the study pointed out a similar potential limitation with their data:

“A common phenomenon in wide-scanning satellite instruments is the “bow tie” effect, where detections far from nadir along the outer portion of the swath may be double counted. While top most and bottom most pixel duplicates are automatically excluded by the onboard VIIRS software, there remains some overlap near the edge of the scan…If our study area includes scan overlap, there may be modest overestimation in the number of flares detected…”. (emphasis added)

Texas is the United States’ powerhouse (pun intended) that has driven the country to lead the world in oil and natural gas production. At the same time that this record-production is bringing tremendous benefits to the state, the industry is also making significant strides in emissions reductions that will continue to improve as added pipeline capacity over the next few years helps to further reduce the need for flaring.