Just a few weeks after moderate Democrats in the California state legislature stopped legislation that would have phased in a fracking ban, Gov. Gavin Newsom (D) announced his own plan to ban not only fracking, but eventually all oil and natural gas development in the state. This sort of aggressive opposition to safe domestic development will do little to reduce California’s energy usage, but will exacerbate the regulatory burden that is already making California dependent on foreign oil.

California used to be a leading producer of oil before lengthy permitting reviews and soaring regulatory costs pushed production to Texas, New Mexico, and North Dakota. Since the 1980s, California energy production has fallen by 60 percent. Even as the state’s population has grown, California is producing less and less, instead relying on energy imports.

Historically some of this imported oil came from Alaska, but declining production on the North Slope means that more and more of the energy California relies on is coming from overseas. In 1982, California produced 61 percent of the oil it consumed, importing only 5.6 percent. By 2019, California production had fallen to 29.7 percent of consumption, and the state imported more than 58 percent, primarily from the Middle East and South America. 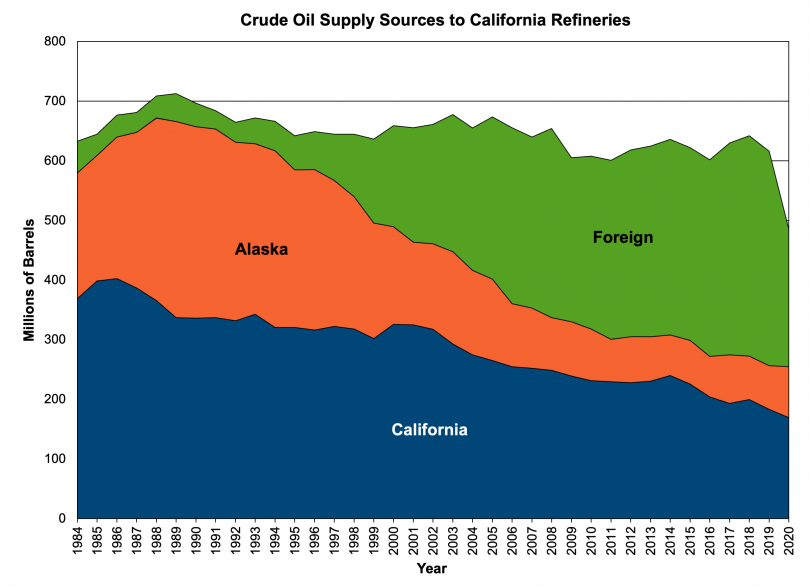 The situation is exacerbated because California is an “energy island” that isn’t connected to any other states through interstate pipelines. The lack of pipelines increases the emissions associated with shipping energy and makes the state reliant on production from countries with lower environmental standards than the United States.

As Rock Zierman, CEO of the California Independent Petroleum Association (CIPA), testified before a House committee this spring, panning oil production will lead to environmental harm:

“Unlike the rest of the Continental U.S., California is an energy island when it comes to oil. There are no interstate pipelines capable of bringing crude in from other states. The only other domestic source of crude are tankers from Alaska, and that source has been depleting over the last twenty years. Over 60 percent of the crude Californians consume each day is imported on tankers from foreign countries.”

All told, OPEC-member countries represented about 45 percent (103.5 million barrels) of this foreign supply in 2020, and that number jumps to 69 percent (158.8 million barrels) when Ecuador is included (member until January 1, 2020). 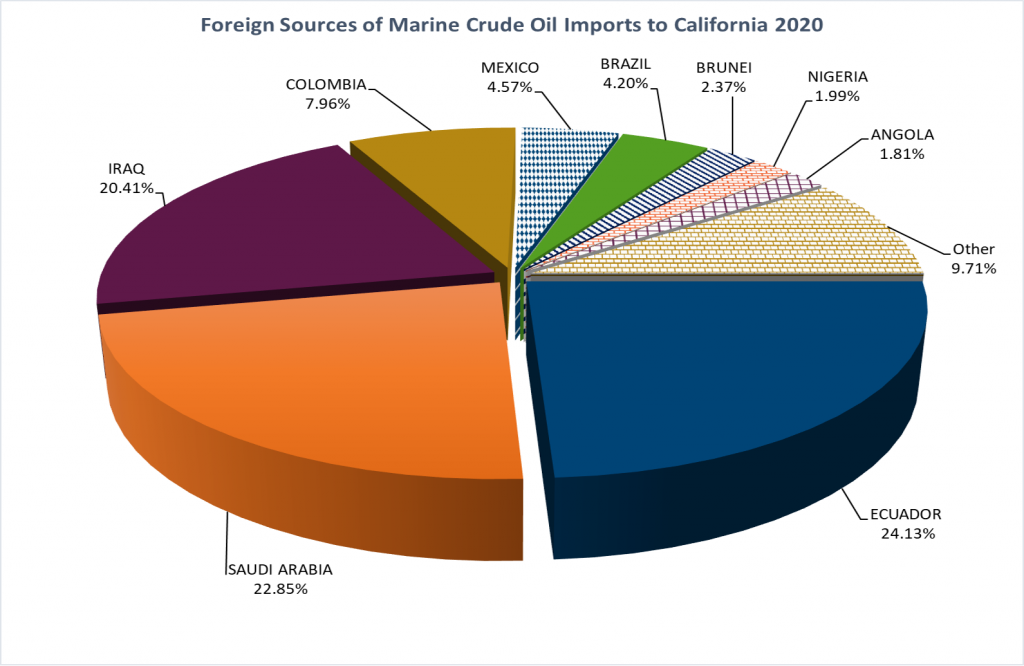 In addition to forcing the state to rely even more heavily on foreign sources of energy, Newsom’s ban on California energy production would also cost thousands of high paying jobs.

According to a report from Los Angeles County, the oil and gas industry generated more than $152 billion in economic output and more than 366,000 jobs in California. These job losses would be especially high in areas like Central Valley which would lose 31,000 well-paying jobs.

Along with workers directly employed by the industry, domestic oil and gas production also helps to keep energy prices down for other California businesses, which would see energy prices spike under Newsom’s plan.

Stopping domestic production does not mean California will stop needing petroleum and petroleum production—just that it will buy oil produced elsewhere. Perhaps Zierman put it best:

“As a result of this situation, every barrel of oil we do not produce in-state must be tankered into our ports from foreign countries. Make no mistake, this hurts the environment, hurts American workers, hurts local government services, and funds undemocratic regimes that do not share our humanitarian values.”