A group of New York City residents awoke early last Saturday, left their air-conditioned homes – most likely powered by natural gas – hopped in a diesel-fueled bus and began a three hour journey to beautiful Susquehanna County, PA.  While a minority of the group was there to get educated on shale gas development, the latter seemed to tag along just to pose with their signs and hold up traffic. 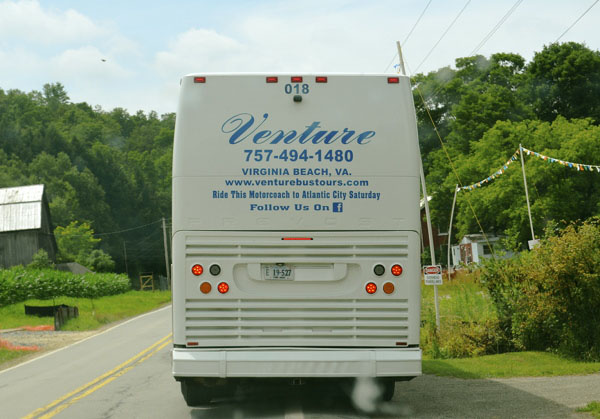 These tours are common in the region, and they are usually touted as a “citizen’s view” of shale gas development.  We were able to get a copy of the brochure for this particular excursion, and from the excerpt below, it’s clear that the participants’ minds were made up before they ever stepped foot on the bus:

“We are organizing a bus trip to Pennsylvania to one of the regions hard hit by fracking and visit some families whose lives have been devastated by fracking. We will witness first-hand the destruction wrought by fracking and why we must ban fracking in New York State. A local resident will be our guide. Join us for a bus trip to PA, where we will witness first-hand fracking’s devastating impacts on Pennsylvania communities, residents and environment. We’ll be touring one of the regions most hard-hit by fracking, to learn more about why we need to stop this practice from crossing the border into New York. We’ll see the drilling rigs and other infrastructure dominating the landscape, visit families who’ve felt the effects of fracking, and take their message back home to share with our own communities.” (emphasis added)

It’s interesting that the people living closest to the development think it’s excellent for the area, but critics from far away travel hundreds of miles to express their dislike for development, even as they enjoy the benefits of affordable natural gas every day. Meanwhile, residents in New York who need jobs and economic hope are leaving the state for opportunities in Pennsylvania, where responsible shale development is thriving.

We spoke with some of the tour participants, and it was clear that many weren’t interested in simply protesting natural gas, but were calling for the end of fossil fuels entirely. Their brilliant idea? Stop using fossil fuels and transition New York entirely to renewable energy. Of course, anyone living on planet earth knows this type of energy shift is not realistic, especially with New York City’s energy consumption.

Speaking of NYC, let’s take a step back and look at what New York City is actually doing: the city is actually embracing shale gas opportunities! In fact, the entire state is increasing its use of natural gas, and for obvious reasons:  As a cleaner and cheaper source of fuel, this is a no brainer. For example, take a look at this chart: 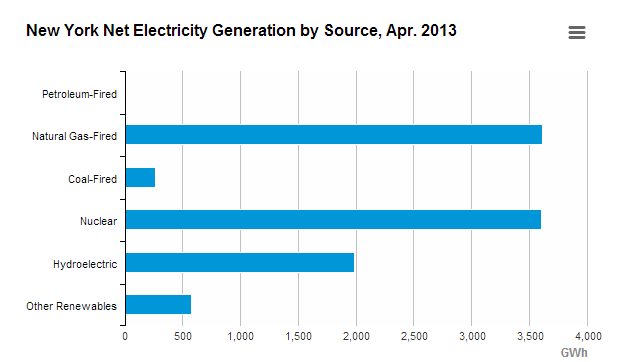 “Cogeneration, also known as combined heat and power (CHP), is a natural-gas-fueled method of generating electricity for your co-op or condo building — and it’s down-to-earth, not pie-in-the-sky, as one Queens co-op found after getting financing to install a cogeneration plant that’s reduced [its] Con Edison bills by 85 percent. Eight-five. Not a typo.”

In addition to being the cleanest burning fossil fuel, natural gas is also saving households money – especially in New York.  Indeed, increased natural gas use is slashing energy bills for residents throughout the state.

It’s mind-blowing that, with so many New Yorkers reaping the benefits of natural gas, a small group of residents feel the need to come to Pennsylvania and call for a stop to shale development.  But even more absurd than abstract denials of reaction was the interaction we had with someone on the tour: (10:00)

Yes, you heard her correctly: “Solar panels are expensive.” This was the reasoning for no one utilizing them. This mentality further makes the case for natural gas: not only is gas cleaner burning than many other options, but it’s actually affordable enough for people to use!

Natural gas will continue to be a big part of New York’s energy mix, and with new pipeline infrastructure set to be completed this fall, New York City — including many of the participants in this “ban fossil fuels” expedition — will be utilizing even more natural gas.

Maybe next time their signs will just read “thank you.”