Yet another natural gas-fired power plant is now operational in Ohio. Advanced Power recently announced that its 700 megawatt (MW) Carroll County Energy Center — located squarely in the heart of Utica Shale gas country  — is now up and running and powering the grid.

The announcement comes just five months after the Oregon Clean Energy Center went into operation in northwest Ohio, adding another 870MW to the grid. Together, these two plants have brought $1.69 billion of investment into Ohio, created hundreds of jobs and now provide 1,570 MW of clean natural gas-fired electricity which has the capacity to power approximately 1.5 million homes. The Carroll County Energy Center highlights how the natural gas lifecycle of shale development is a win for the economy, taxpayers and the environment. 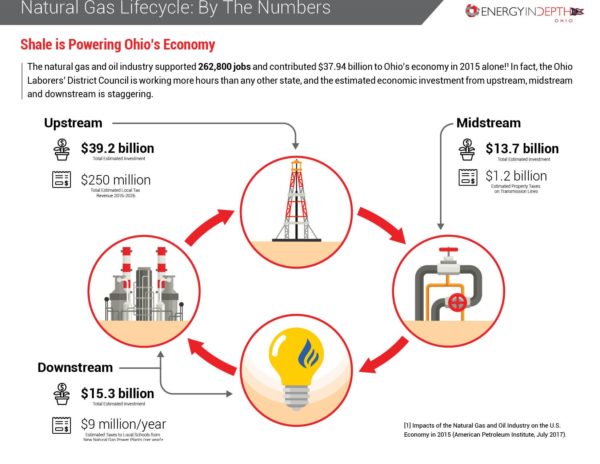 The Carroll County Energy Center is literally located on top of Ohio’s most prolific natural gas field in the heart of the Utica Shale. It also uses Kinder Morgan’s Tennessee Gas Pipeline system, which runs directly through Ohio’s prolific Utica Shale, to fuel the plant. 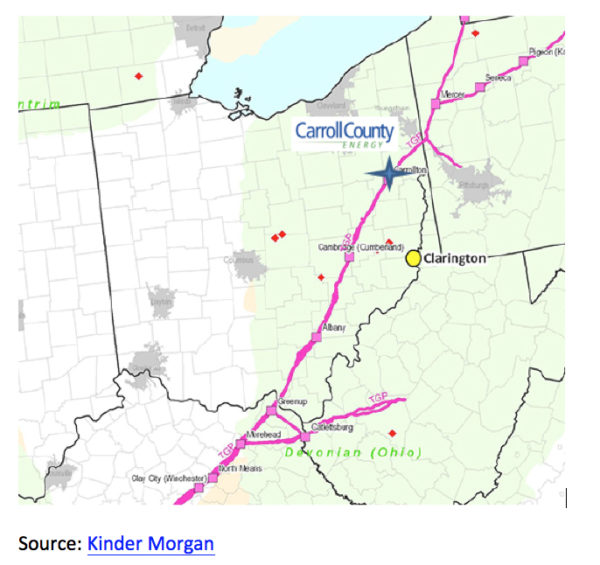 In fact, plans to build the power plant were announced in July 2013, the same year that Carroll County was simultaneously reaching its peak drilling, and as you can see, production in the county jumped that year as well. 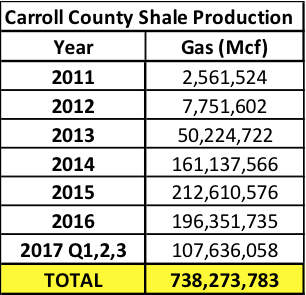 In April 2015, the Carroll County Energy Center closed its financing of the $899 million project and construction of the plant began in July that year, creating 700 construction jobs at its peak. At the same time, the Oregon Clean Energy Center was about seven months into construction in northwest Ohio, employing 950 at its peak workforce.

Both projects were gearing up for measures to compensate for the expected decline in electric generation from other sources, which indeed occurred. In 2015 alone, more than 4,000MW retired from service, with projections for substantial retirements still yet to come over the next 15 years, reaching as high as 10,000MW. In August 2015, The Cleveland Plain Dealer reported, “Gas-fired power plants sprouting in Ohio,” and two years later that promise has become reality with the Oregon Clean Energy Center opening for commercial operation in July and the Carroll County Energy Center joining the pack today. Currently powering over 1.5 million homes, these two projects are only the tip of the iceberg.

Ohio has nine other projects in the works, and regionally the numbers are even more staggering, with 18 additional project representing over $21 billion of total investment from shale-driven gas power plants in the Appalachian Basin (Ohio, Pennsylvania, and West Virginia) in various stages of development. In total, these natural gas projects – some of which have already come online – will generate 23GW of reliable, efficient and clean electricity for over 16 million homes. 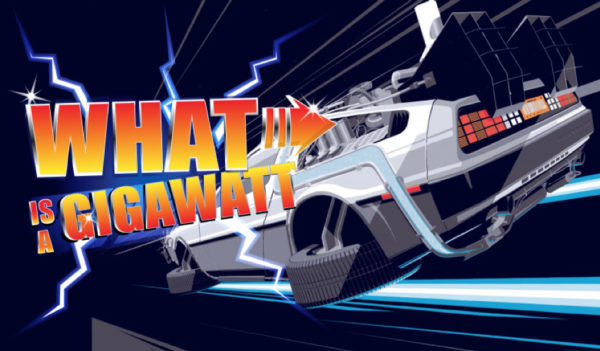 The U.S. Department of Energy (DOE) has come up with some pretty interesting examples to compare apples to apples what it takes to generate a gigawatt. Using the DOE’s numbers, the 27 natural gas power plants in various stages of development in Ohio, Pennsylvania, and West Virginia would be equivalent to 105 million solar panels and 11,500 wind turbines.

In other words, reliability of fuel source for these plants should be a non-starter. And, as more pipelines go into operation (most of which are slated to go into service this year) more than 17 billion cubic feet of Marcellus and Utica natural gas will be transported to end-users, such as these new natural gas power plants. Keeping electricity prices low is key to igniting other sectors as well, such as manufacturing — and of course all of these uses of natural gas mean more production of shale gas.

Lastly, we would be remiss to not mention another major component of natural gas power generation—the enormous win for the environment. An Environmental Defense Fund (EDF) blog post recently and correctly hailed Ohio as the “nation’s carbon-reducing powerhouse,” a distinction that can be credited to the Buckeye state’s dramatic increase in natural gas-fired electricity generation since 2005. Crain’s Cleveland Business summed it up best when they reported,

Not coincidentally, these reductions have come at the same time that natural gas-fired electricity generation has increased 940 percent since 2005, according to EIA data. 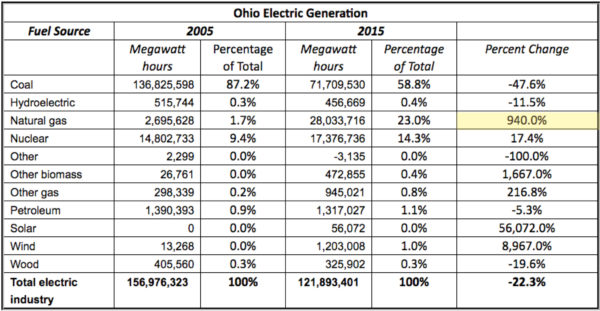 And not only has Ohio managed to lead the U.S. in energy-related carbon reductions, it has done so while keeping energy prices low. Ohioans have realized $15 billion in customer savings due to energy policy that has facilitated the development of natural gas power plants that — combined with the massive amounts of natural gas provided by the Utica and nearby Marcellus shales —have kept energy costs extremely low,

“[I]n the late 1980s, Ohio and 16 other states opened up electricity generation to competition, enabling customers to choose their power supplier. Competition has resulted in prioritizing cheaper fuel sources (like natural gas and increasingly wind and solar).”

Imagine how much more improvement in air quality Ohio may have yet to realize once all of these natural gas power plants become operational!

In Ohio, the verdict on far-reaching benefits of shale development is out — we can rely on clean, locally produced shale gas to improve the environment and keep the lights on.