Ohio gubernatorial candidate Dennis Kucinich recently told reporters that “if elected Ohio governor, he’d use the office’s power to end the drilling technique known as hydraulic fracturing, or fracking” and that “it’s his goal to end all kinds of oil and gas drilling in Ohio.” As part of that plan, the former Cleveland mayor and Ohio Congressman said he would “use eminent domain to shut down fracking wells and initiate a class action lawsuit to “make fracking companies pay for damage to the environment.” In response, all four of Kucinich’s fellow Democratic gubernatorial candidates unanimously rejected this “rash” and “naïve” plan – as former state Rep. Connie Pillich rightfully called it – against an industry that has become a critically important economic driver for Ohio.

In addition to adding over $50 billion to Ohio’s economy, supporting thousands of union jobs and generating millions tax revenue, these candidates also know that shale is one of the biggest reasons that Ohio is leading the country in reducing power sector carbon emissions. In fact, a recent Environmental Defense Fund (EDF) blog hailed Ohio as the “nation’s carbon-reducing powerhouse.” This is a distinction that can be credited to the Buckeye state’s dramatic increase in natural gas-fired electricity generation – the same power generation Kucinich opposes. Crain’s Cleveland Business summed it up best when it reported,

Did we expect anything less from Kucinich?

Kucinich’s antics are out of touch with Ohioans, and quite frankly, reality. But did we really expect any less from a man who local and national media have dubbed to be the “Moonbeam Congressman,” “among the wackiest members of Congress,” and just plain “crazy”?

Some of you may remember Kucinich from his failed Presidential campaigns in 2004 and 2008, and in particular, the 2007 Democratic debate where he fielded questions about his UFO experience, rather than his outline for how he’d lead the country. He’s also the guy who while eating a sandwich in the Congressional cafeteria, claimed to have damaged his tooth on an olive pit. He waited three years to sue the cafeteria for $150,000 in damages and “loss of enjoyment,” claiming that his sandwich wrap was “unfit and unwholesome.” He settled with the cafeteria, exploiting a loophole that resulted in taxpayers dishing out the money for dental care that his government insurance didn’t cover. He then used the entire debacle as fundraising tool for his campaign supporters.

If that’s not enough to show that Kucinich’s claim to be a man “of the people,” is anything but, his recent actions in New York surely do.

In 2016, Kucinich teamed up with actor James Cromwell to stop the construction of a $900 million natural gas-fired power plant that was already under construction in Orange County, N.Y., preventing the creation of hundreds of union jobs. He then used the entire debacle to lobby for anti-fracking campaign donations.

“There was nothing else to do, but to do an act of civil disobedience which was to chain ourselves together to blog the entrance of the plant, to be arrested hopefully with the idea that the trial we would be able to use the necessity defense …in fighting a larger evil than the damage done than the statute you break…We need financial support to continue the struggle…to oppose the buildout of hydrofracking infrastructure in their community… Go to the website and give more information and there’s something in there for donations.” (emphasis added)

Now here’s a bit of irony – in addition to the union jobs that Kucinich and Cromwell tried to prevent being created, that power plant should be using clean burning natural gas to generate electricity when it goes online. But because of New York Gov. Cuomo and activists like Kucinich and Cromwell, it could very well burn oil until pipeline infrastructure can be built to deliver natural gas to the facility. In other words, these actions could cause the plant to emit far more emissions than the activists were trying to stop in the first place. 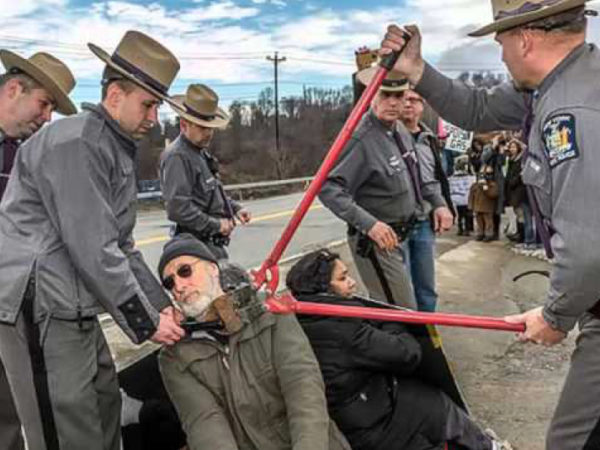 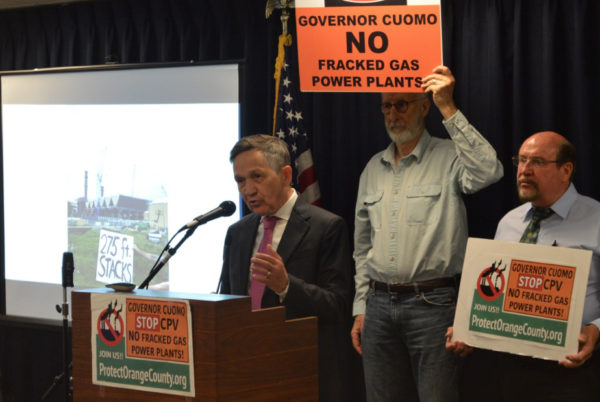 While Kucinich may say that his Ohio gubernatorial platform is “Power to We the People” his actions are anything but.

There’s simply no debate that Kucinich is completely out of touch with reality and Ohioans, who continue to show that they overwhelmingly support shale development. Fortunately, he represents a fringe opinion that isn’t supported by his peers and the majority of Ohio’s elected officials, as his competitors for governor have shown.