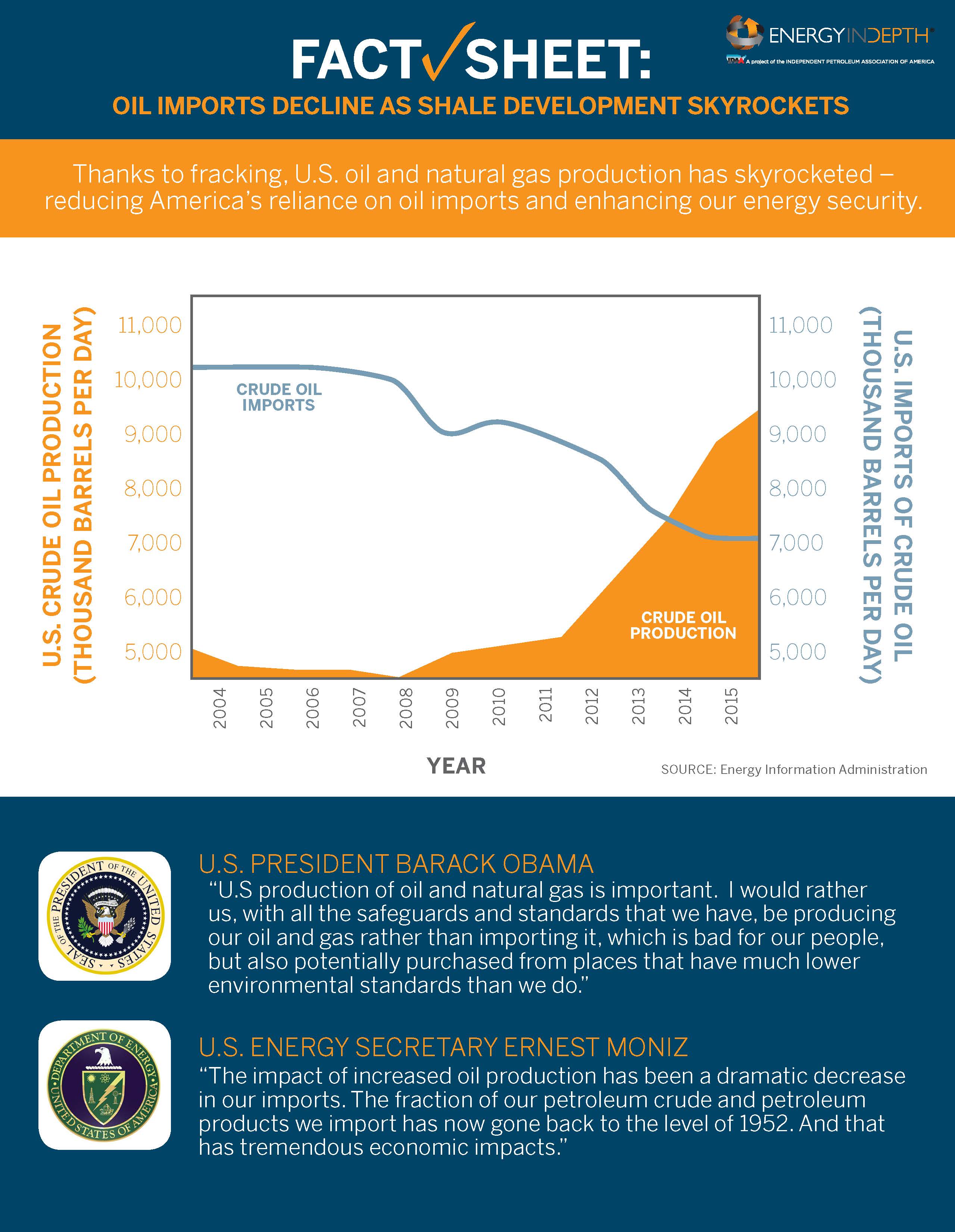 Shale development has helped the United States achieve what few thought was possible.  Thanks to hydraulic fracturing, U.S. oil and natural gas production has skyrocketed, reducing our reliance on foreign oil imports.

This has not only strengthened our energy security, it’s actually shifted the global balance of power to our advantage.  As the New York Times put it recently,

President Obama has recognized the importance of increased domestic production, noting that it is providing energy security as well as environmental benefits.  As he said,

“U.S production of oil and natural gas is important. I would rather us, with all the safeguards and standards that we have, be producing our oil and gas rather than importing it, which is bad for our people, but also potentially purchased from places that have much lower environmental standards than we do.”