Alberta, Canada’s largest oil and natural gas producing province, applies a royalty framework to energy producers. The amount of conventional royalties collected depends on the variation of pricing for crude oil prices, and has fluctuated from CAD $470 million to more than $2 billion annually.

Yet the projected economic significance of Canadian energy goes further, having an impact on the entire country. In its Canadian Oil Sands Supply Costs and Development Projects report, the Canadian Energy Research Institute projected the impact of Canadian oil sands, writing:

“The industry is projected to contribute $1.01 trillion to the Canadian GDP over the next 11 years. Most of the impact will be felt in Alberta, but Saskatchewan is a growing contributor as oil sands projects from the provinces are coming online. Governments will collect tax revenues in the form of corporate taxes and royalties. Those are estimated to be $16.7 billion in overall tax revenues for Canada; of that total, $11 billion will be collected in Alberta.” (emphasis added)

Additionally, oil and gas revenues from Alberta, Saskatchewan, Newfoundland, and British Colombia all help support the Canadian policy of equalization, which provides less prosperous provinces with the funding for social programs and infrastructure. For example, in 2019-2020, British Colombia is expected to receive $1.75 billion from its carbon tax and an additional $278 million in oil and natural gas royalties. In fact, the wealth of natural resources in these oil and gas-producing provinces has led them to receive no federal funding from equalization for years, instead supporting others. 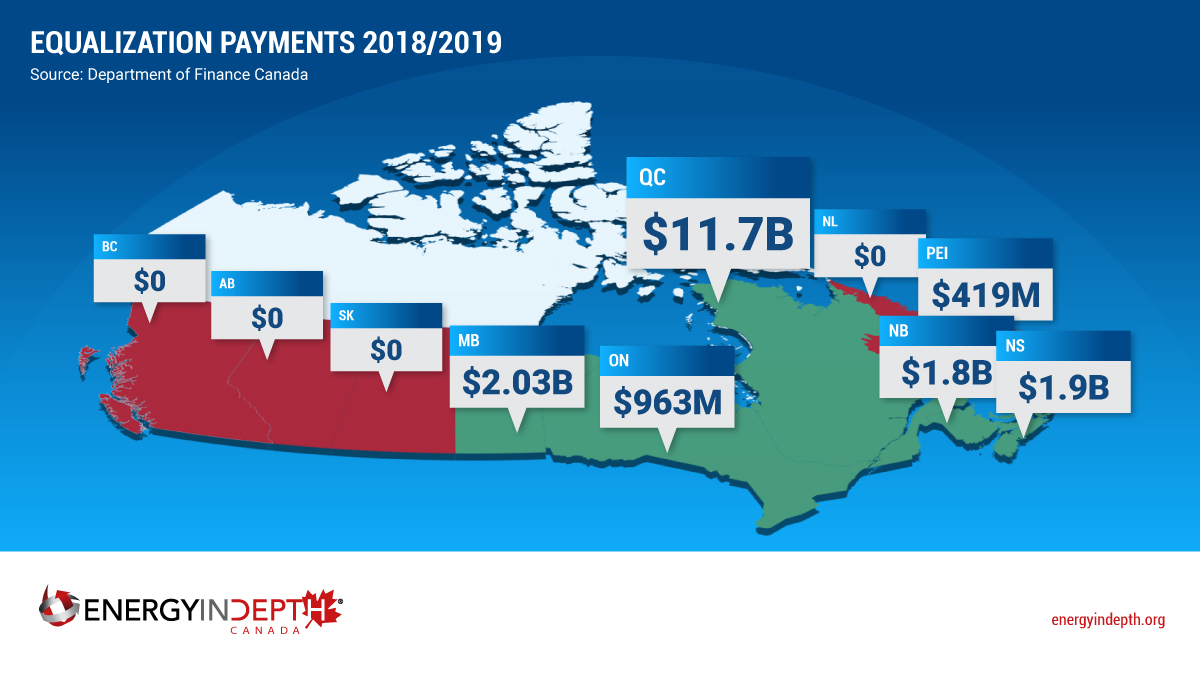 Canada’s oil and natural gas industry provides enormous support to the country’s economic well-being through taxation and royalties, as well as through creating jobs and fueling other industries. Given the industry’s growth potential, oil and natural gas’s contribution to Canada should only continue to increase in years to come.