Canada’s oil and natural gas industry, which is largely based in Alberta, is responsible for contributing to Ontario’s economic success, according to new figures from the Canadian Energy Centre.

The CEC’s figures, based on survey results from 2016, reveal the oil and natural gas generated more than $7.3 billion in nominal GDP for the Ontario economy. On top of that, the industry is also responsible for supporting 68,000 jobs in the province with an estimated $2.1 billion in wages and salaries to Ontario residents. 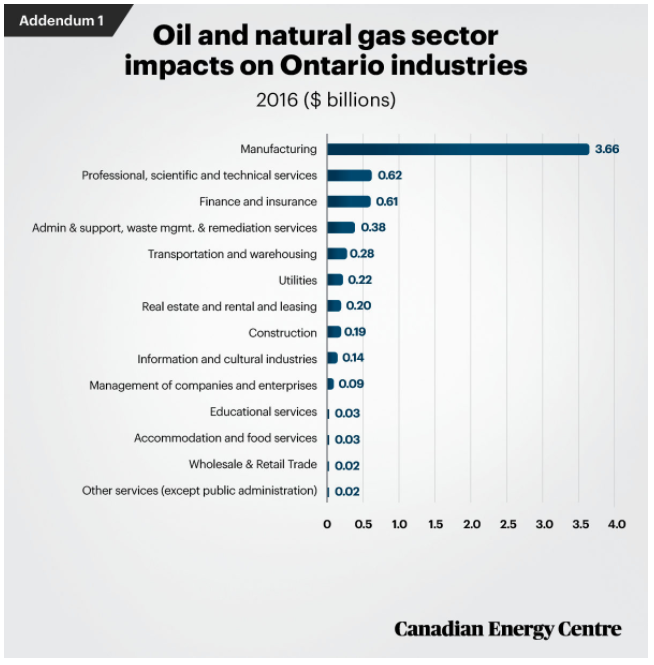 In an editorial discussing the figures, CEC researchers Mark Milke and Ven Venkatachalam break down misconceptions about local economies, stating outside investments play a large role in their success:

“A useful example, and an antidote to the worst of provincialism, comes from the effect oil and gas firms in Alberta, and Alberta more generally, have on the Ontario economy. Dig into the most recent data available (2016) and it turns out oil and natural gas firms in Canada were responsible for adding $7.3 billion in nominal gross domestic product to Ontario’s economy, and over 68,300 jobs.”

Alberta-Ontario trade is mutually beneficial, too. 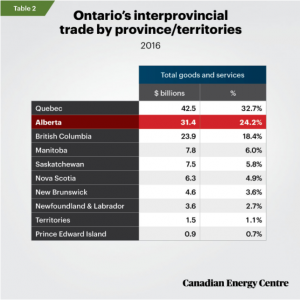 Internationally, Alberta remains one of Ontario’s largest export markets. Right behind the United States and Quebec, Ontario’s trade with Alberta represented $31.4 billion worth of goods and services.

Alberta remains one of Ontario’s most valuable markets. The oil and natural gas sector, which continues to be Canada’s largest export, has a significant direct and indirect impact on Ontario’s economy. Considering this, Ontario citizens should not forget the sizeable impact that Alberta’s oil and natural gas industry bring to Ontario’s domestic and international trading markets.