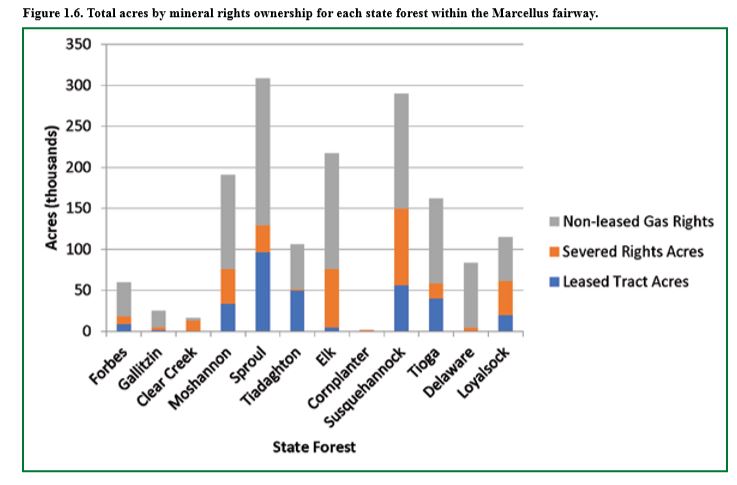 The Pennsylvania Department of Conservation and Natural Resources (DCNR) released a report this week analyzing the impacts of shale development on state forest lands that builds on the DCNR’s 2014 shale gas monitoring report. The 2018 report concluded,

“Water quality monitoring efforts by the bureau and its partners have not raised significant concerns on state forest headwater streams to date.” (emphasis added)

In fact, as the report explains, over 85 percent of the streams in the core forest area are designated as Exceptional Value or High Quality. This is the fourth scientific report since May to find shale development is not a major threat to the Commonwealth’s water, and the third state agency report in two weeks to show fracking has little risk of harming Pennsylvania’s environment or the health of its residents.

Additionally, DCNR notes that the agency has successfully minimized forest fragmentation from shale gas infrastructure, and that shale activities have “not been impacting” other DCNR actions such as timber harvesting. For instance, to reduce fragmentation many pipelines have been built in pre-existing utility corridors, as the following chart shows. 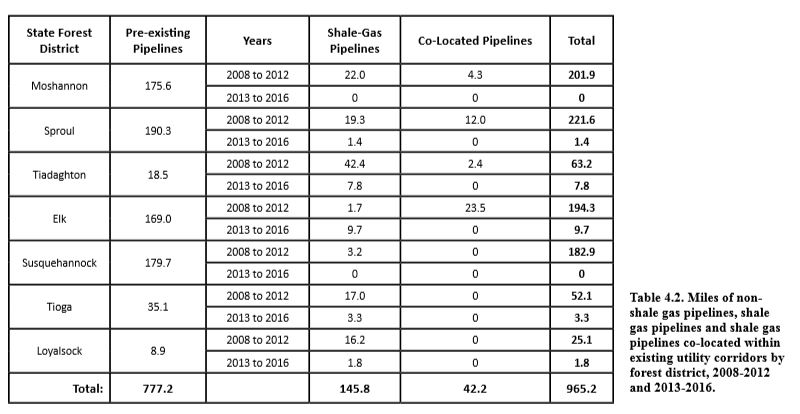 In addition to the environmental findings, the report also explains:

Notably, Pennsylvania state forest lands have been under a new leasing moratorium since 2015, despite a long history of leasing and resource development – 74 oil and gas leases and 2,000 wells since 1947 – on these lands. 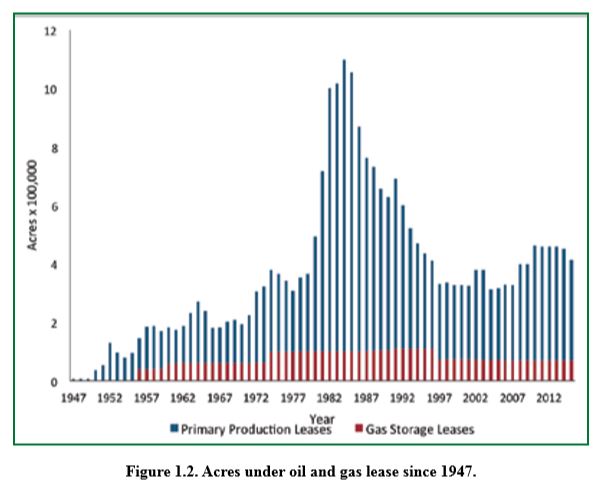 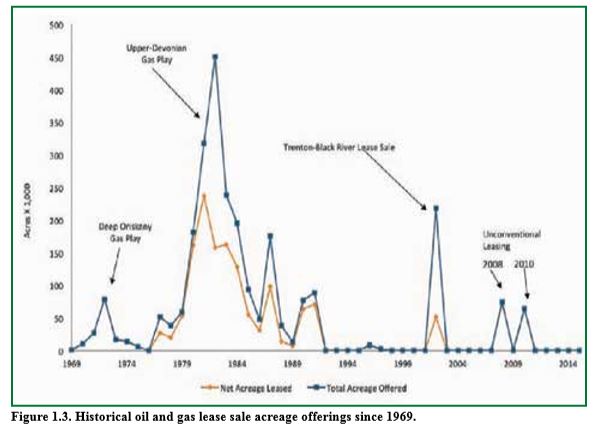 The state forest lands moratorium only includes new leases, and as such, there is still potential for development through leases pre-dating the moratorium and acreage where the state does not own mineral rights to the gas beneath the surface (known as a split estate). Of the 1.5 million acres of state forest land in the 12 state forests that sit atop the Marcellus Shale, DCNR’s report explains, “There are 312,893 leased tract acres, 331,287 severed rights acres, and 68,483 gas storage leased acres on state forest lands.”

The following chart from the report explain in further detail where these 712,663 acres – a mere 46 percent of the potential development acreage – are located. 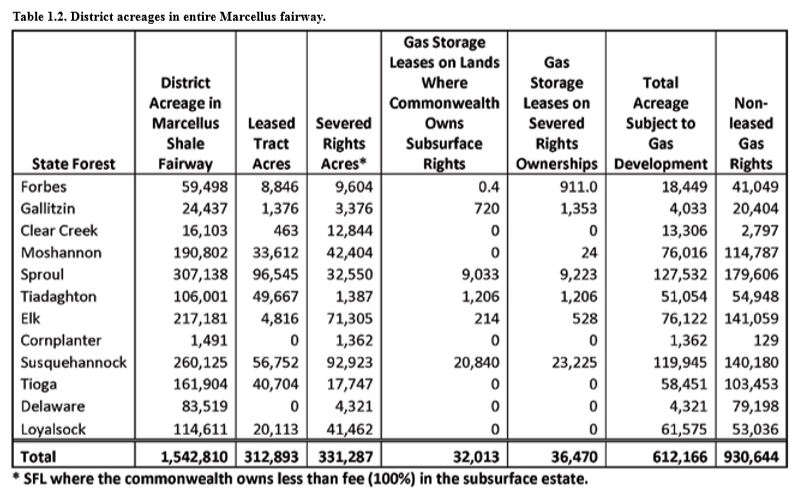 The introduction of invasive species of plants to the state forests from shale activities is one area that DCNR notes needs continued monitoring. This is something the oil and gas industry takes very seriously, as the Marcellus Shale Coalition’s upcoming workshop on invasive species demonstrates.

“This workshop will include a discussion around recent developments on the identification of invasive species from the Pennsylvania Department and Conservation of Natural Resources (DCNR) and an update from the Governor’s office on the recently formed Invasive Species Council. In addition, industry and agency presentations will highlight new best practices for site restoration and the promotion of plant species which help pollinator species to grow and thrive. Lastly, we will end the workshop with hands on activities in the field showcasing some of what was learned in the classroom.”

In 2014, then-DCNR Secretary Ellen Ferretti said of the agency’s 2014 report,

“[T]he breadth and depth of this report demonstrates that shale gas production on state forests is being carefully managed.”

The 2018 DCNR shale monitoring report demonstrates this is still true today, and that shale development is possible on Pennsylvania’s state forest lands without being detrimental to the public or environment. Which begs the question: Why do we have a moratorium on this land?