Cabot Oil and Gas, Pennsylvania’s second highest producer of natural gas, is amplifying its efforts in the Appalachian Basin by expanding its operations into Ohio.

The company, which currently produces 2 billion cubic feet of natural gas a day (Bcf/d) in Pennsylvania – and soon to be 3 Bcf/d when the Atlantic Sunrise pipeline goes online later this year – opened its new Ohio field office in Ashland County on Monday. The Jeromesville office will serve as Cabot’s operations hub in the Buckeye State as the company begins to explore the region’s geological potential. As Jeromesville Mayor Randy Spade told EID,

“I think it does bring excitement, and I’m very optimistic that a business like Cabot can offer the county different economic opportunities.”

“If they can bring opportunities for our community it is something to be excited for. I see the potential if they keep bringing more people through the area — I see that as more people who could frequent and utilize our businesses.” 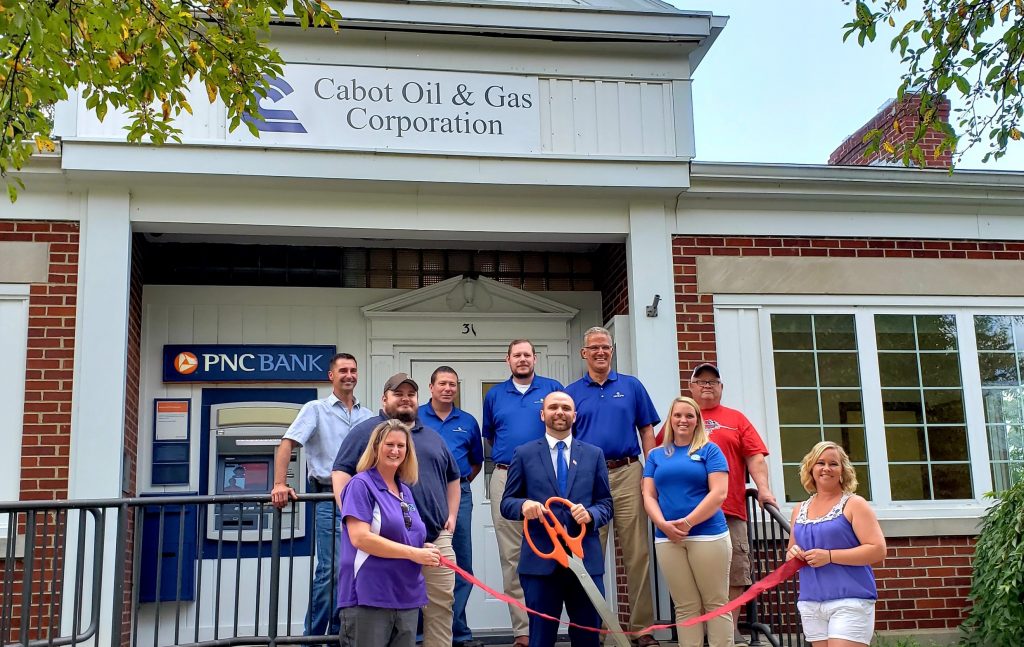 In addition to the business opportunities Mayor Spade mentioned – the community now has every downtown storefront filled – here’s why this exploration is so incredible.

As the following map shows, Cabot’s proposed new operational area is virtually a new frontier for oil and natural gas development in Ohio (blue). The counties where the state’s Utica Shale development has been predominantly focused since 2011 are represented in green on the map. 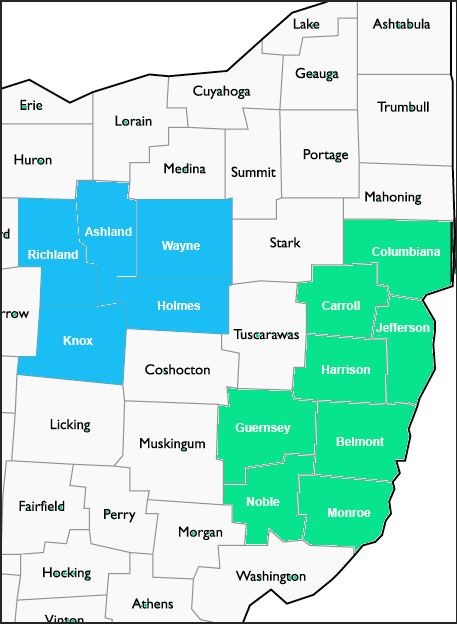 Cabot’s Ashland County operations are about 100 miles from the state’s highest oil producing well in Millwood Township in Guernsey County, and about 165 miles – or roughly a three-hour drive – from the highest producing natural gas well in Lee, Monroe County.

In other words, companies are starting to see the potential that oil and gas can have in other regions of Ohio, and with it, bringing the possibility for Ashland and surrounding counties to realize the incredible job growth, increased revenue, and philanthropic investments that the state’s shale region has been experiencing.

“It’s our pleasure to assist with Cabot in any way possible to ensure that they are able to carry out their mission in our community. This is just one example of the economic growth that we have been seeing throughout Ashland County. The residual benefits of having them here will calculate into additional dollars being spent in restaurants, retail, and consumer spending.”

While the office space ribbon cutting may be new, Cabot has already hit the ground running in the region. The company has already begun drilling its first vertical test well in Green Township after receiving the first of the three drilling permits it applied for back in March. As Cabot Director of External Affairs George Stark recently described to the Ashland Times-Gazette,

“We want to drill one (well) and we want to test it. We will study those different rock layers and we will determine if this is the best location. Then, we will go horizontal.”

Plans are also underway for a second vertical well in Mohican Township and to drill up to five test wells in Richland, Knox, Wayne and Holmes counties. But as Stark explained in a press release about the office opening, the company is just getting started.

“We look forward to being an active partner in Ashland County. Jeromesville is the right spot for us to be in as we begin operations and growth in the area.”

There is still uncertainty over the viability of the region’s oil and natural gas formations, but local officials are optimistic about the opportunities that Cabot’s interest in their region could provide for Ashland and surrounding counties, and the state as a whole. As Mayor Spade shared with EID:

“We’re excited that they’re here in town and that they’ve made this their base of operations. And we look forward to seeing what happens in the future.”

“I am hopeful that they find something here. I think there are a lot of opportunities for the region if Cabot finds what they are looking for, both in the short term and the long term.”

Shale has been a game-changer across the Appalachian Basin and, if these recent exploration efforts are any indicator, the best is likely yet to come.