*PHOTOS* Global Frackdown 2013: Why It Matters That No One Showed Up

This past weekend, anti-fracking activists across the United States – and allegedly around the world – participated in the “Global Frackdown,” a series of events intended to show the growing strength of activists opposed to oil and gas development.

You would be forgiven for not noticing, though.

The rallies – much like a recent one in Washington, DC, that was well-advertised and highly touted by activists – were defined more by a lack of attendance than any symbolic “growth” of opposition.

In Dallas, Texas, the ‘Global Frackdown’ rally took place in front of the Perot Museum of Nature and Science. Only about a dozen people showed up. 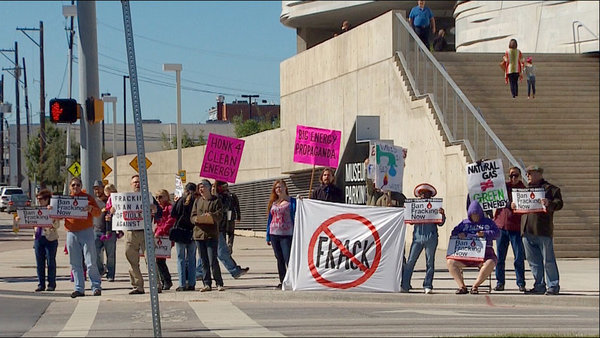 In Baltimore, Md., activists invited bar-goers at Fells Point on Saturday night to spin a “Wheel of Misfortune” that listed a series of supposed (but widely debunked) environmental impacts from hydraulic fracturing. Only about a dozen people came out, and even the folks who did “spin the wheel” ended up doing so with a yawn. “[Fracking] is not high on my agenda,” one participant told the Baltimore Sun.

A gaggle of activists also showed up in Albany, N.Y., over the weekend, at an event the Albany Times Union claims drew “about 50 people.” But a picture taken of the event shows an actual number south of 20. 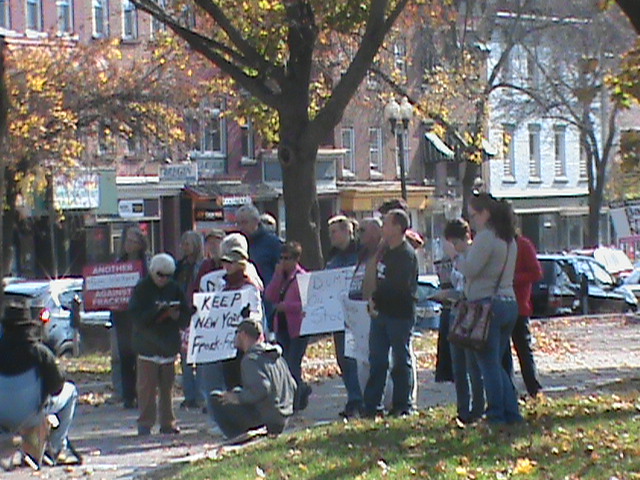 But at least there was some carbon-based life to be found in Albany. At an event scheduled for Saturday near the campus of the University of Southern California, there were literally zero visible participants. EID visited the advertised site during the scheduled time, and even searched the campus of the nearby California Science Center, but could find no evidence of any rally.

Meanwhile, in Michigan, less than 60 people total registered for four separate events across the state. A screening for Gasland Part II shows zero people signed up. Activists in Michigan are currently trying to ban hydraulic fracturing in the state with a petition drive, but the signature count for its most recent attempt was only about 25 percent of the total needed to get the measure on the ballot.

Opponents have also made Colorado a key target in their campaign to halt hydraulic fracturing, pushing several ballot measures that would ban the practice in a variety of municipalities. But even events in that state yielded muted enthusiasm. An event in the city of Golden shows zero registrants, while only two people registered for an event in the largest city of Denver. Activists have called on the city of Greeley to place a moratorium on hydraulic fracturing, but only nine people registered for an event there – two of which registered as “Anonymous.”

In Columbus, Ohio, where promoters reportedly had been expecting hundreds of protestors, a “crowd” that ended up numbering fewer than five lugged what appeared to be a toilet of some sort to a “rally” in front of a hotel. We didn’t stay around long enough to see whether these folks actually put it to good use. 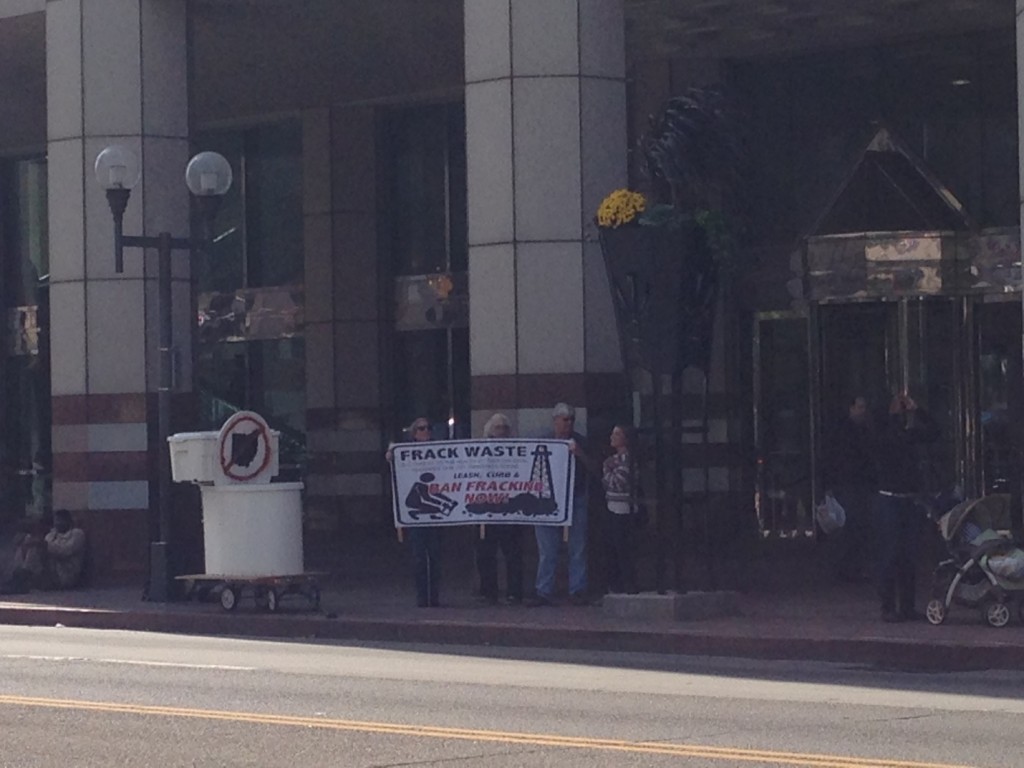 A rally scheduled for Chicago was intended to explain why shale development is “not in labor’s best interest.” Zero officials from labor unions were slated to speak, and only six people signed up. Labor unions in Ohio have supported shale development for the good jobs it delivers, and the AFL-CIO in Illinois was a strong backer of a recent regulatory bill (opposed by activists) that provided a “path forward for safe hydraulic fracturing in Illinois.”

In other parts of the world, the rallies were also less than spectacular.

In Brussels, about two dozen people created mock windmills as a protest against hydraulic fracturing and shale gas. 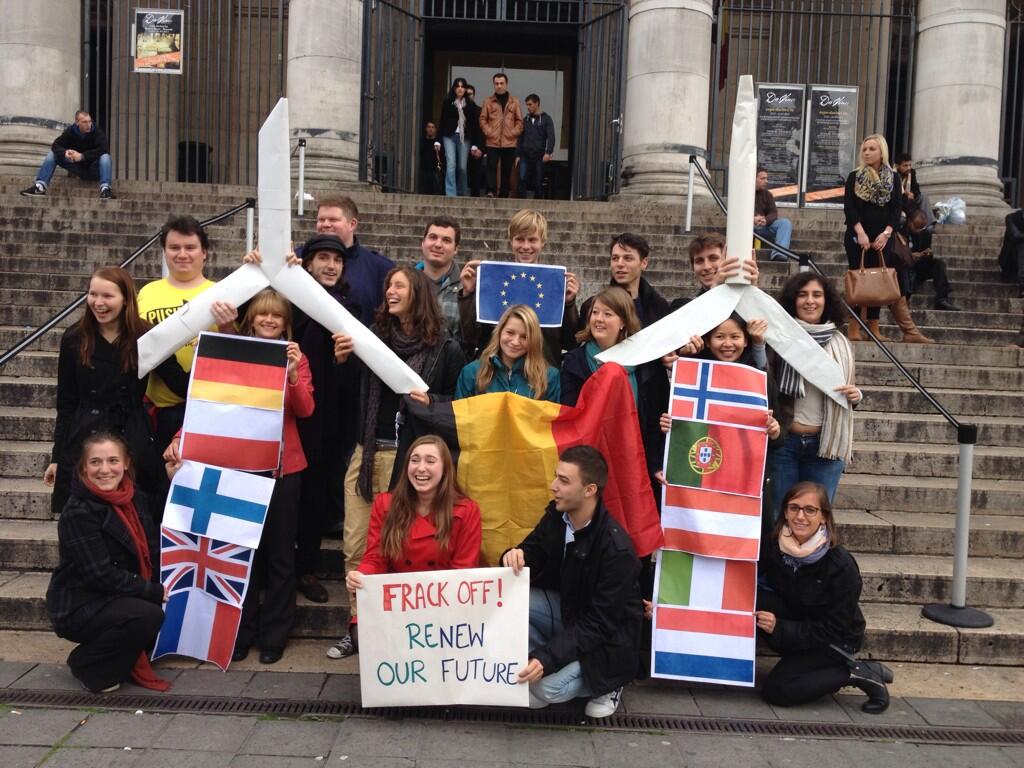 The International Renewable Energy Agency (IRENA) has said shale gas “complements” the growth of renewables like wind and solar. Environmentalists and other clean energy advocates have said the same thing.

In Newfoundland, Canada, only about six people participated in an “informational session” as part of the global effort. 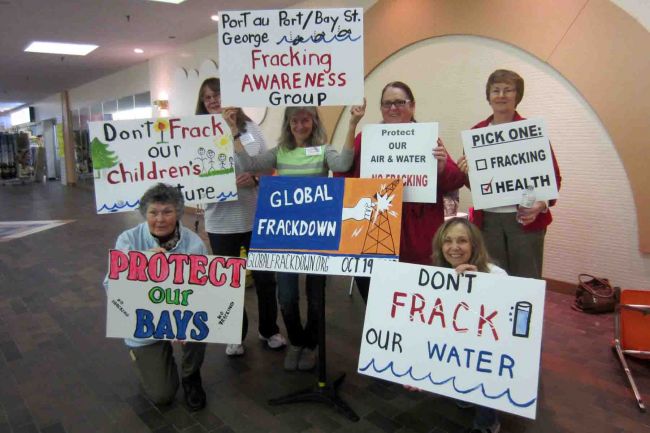 Members of the anti-oil and gas community would no doubt argue, however, that it’s not about the volume of participation at specific events, but rather the sheer number of separate events – held across numerous states and countries around the world.

But according to the Global Frackdown website, it only takes one person to fill out a simple form to establish an event. Groups opposed to hydraulic fracturing frequently claim that their movement is a grassroots uprising, but with paltry attendance at the events, it’s worth questioning whether the “global movement” is all hat and no cattle – something more relevant to reporters than the everyday folks who activists insist are being impacted by hydraulic fracturing. Indeed, at several “Frackdown” events, the number of reporters apparently exceeded the number of actual participants.

In a move that surprised exactly no one, the Kremlin-controlled network Russia Today actually broadcast “live updates” of the rallies, filing fawning reports claiming that the “world unites against fracking.” Hydraulic fracturing has propelled the United States past Russia as the world’s largest oil and gas producer, and Bloomberg recently reported that Russian President Vladimir Putin is increasingly worried about the growth of U.S. natural gas production.

Unfortunately for Mr. Putin, Russia Today’s ridiculous reporting on these events probably won’t do a whole lot to change that trajectory.