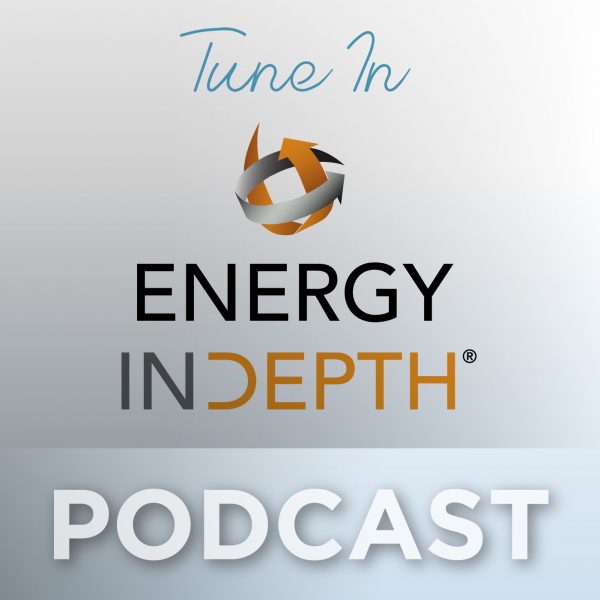 EID recently sat down with Jude Clemente, Forbes columnist and Principal at JTC Energy Research, to discuss the many positive benefits of the ongoing shale revolution in the United States – namely the fact that America’s newfound energy bounty has allowed us to export clean-burning natural gas globally, helping address the often overlooked energy poverty crisis plaguing many parts of the world.

Listen to the whole podcast or continue reading for a few highlights from that discussion.

A World Without Power

As was evident in our discussions, one of Clemente’s passions is educating the public on the import role that the shale revolution can play in providing “reliable, affordable power” for the world, and particularly to underdeveloped nations where billions of people have limited or no access to electricity. As Clemente explained,

“We really have a tremendous opportunity to export oil and gas … to other poorer countries.” (1:50)

“[T]here is nothing more important to development in these poor nations than getting access to reliable, affordable power.” (15:32)

He went on to describe how widespread the issue is globally:

“The biggest problem in the world to me is a simple statistic: six in every seven humans, 85 percent of all human beings, live in undeveloped nations. That means, they are not developed. …These are massively populated countries.” (13:08)

“We talk about the digital divide, as you well know, internet here is just taken for granted. A lot of these countries don’t have electricity, so they obviously…. They can’t have the internet. They’re falling farther behind. And that is something that I think has just been something that has been completely forgotten.

“And the fuels to supply that electricity, when you look at the most developed, advanced, nations in the world, they are all based on coal, oil, and natural gas.

“So, the idea that we would try to limit those resources from these poor nations, where there are billions of people that don’t have adequate electricity. You have somebody in San Francisco or New York City, or Los Angeles trying to dictate what these poor countries… what energy sources they should be using. When these people in in San Francisco, New York, and Los Angeles, themselves are devouring fossil fuels, it isn’t just the height of hypocrisy, it’s the height of danger and the height of absolute allowing this destruction to continue.” (15:40)

And as the Energy Information Administration’s (EIA) most recent Residential Energy Consumption Survey (RECS) found, while Americans have access to reliable energy and are therefore not victims of the energy poverty facing developing nations that Clemente discussed, the issue of household energy insecurity is prevalent in the United States. According to the EIA survey, nearly one in three U.S. households struggled to sustain adequate heating and cooling in their homes and/or to pay their energy bills in 2015.

Importantly, though, the shale revolution helped to lower the high costs of energy for American households 34 percent from 2008 to 2016, dropping from record-high levels to a “record-low energy expenditure share” in less than a decade. In fact, recent reports show consumers in some of the nation’s biggest shale regions – Pennsylvania, Ohio, West Virginia Texas and Colorado – saved a combined $146 billion from 2006 to 2016 thanks to lower natural gas prices.

As Clemente explained (21:50), as long as the “totally illogical” “Keep It in the Ground” movement is unsuccessful in stopping U.S. oil and natural gas development – which would force the United States to “turn to the import market, which would clearly benefit Russia, Putin of course, and OPEC” – America has the opportunity to share these abundant resources with the world. And that’s a win-win not only for America and its trade partners, but for the environment and economies in developing countries.

“So, globally, not just here in the U.S., but globally, there is a push for more gas usage. We have a chance to, you know, be at the forefront of helping countries develop by using a more modern fuel like natural gas. If you look at the countries that use the most gas, they are the most developed, most advanced, richest, healthiest, countries in the world. When you look at the countries that don’t use so much gas, they are poorer nations. So, we can help them, you know, develop their usage of gas, be able to use natural gas, more than they’ve been able to use in the past.” (7:27)

“Because in a world where Russia is dealing with China, and where India is dealing with Iran, we need a stronger North America to trade energy, not just oil and gas, but also renewables and also power generation and electricity across borders.” (3:43)

“And you are looking at the International Energy Agency predicting that we could be the largest LNG exporter by 2025. Now this has been totally fueled, you’re absolutely right, by the Shale Revolution. U.S. natural gas production is up 40% on the past seven years or so. We don’t necessary need all that gas for our own use, so we have a great chance to export it around the world. Basically LNG, you liquify it, you put it on a ship, and you sent it to other countries that could use the natural gas. And this is really important for a number of reasons.” (5:45)

And this increased use of natural gas globally – supplied by the United States – could have tremendous environmental benefits.

“[W]hen you look at lowering emissions, lowering greenhouse gas emissions, natural gas is the go-to fuel for that, it has lower criteria pollutants, has lower C02 emissions. So, there has been a push from, you know, you saw the Paris Accord of 2015. All these countries made commitments to reduce their emissions. It’s gone off to a little bit of a struggle, that particular agreement. But, overall, there is a push around the world to lower emissions, to combat climate change, to combat global warming. And that begins with natural gas, because it is the go-to fuel. It does lower emissions. You can see in the United States our push over to natural gas has lowered our emissions in the power sector to the lowest they’ve been since 1985.” (6:35)

“One of these great examples, Seth, my last point on this subject, is you’re talking overall. India and China only use gas for about 6% of their overall demand. The developed nations are about 30%. So they have a great outside, a great potential, to use more gas… These nations are both trying to use more gas to clean their hazy skies and the U.S. via LNG can supply cheap energy to them to help do that and not just meet their development goal that they have, but also meet their environmental goals.” (10:24)

We want to thank Mr. Clemente again for sitting down to discuss these important issues with us.

Stay tuned next month for another exciting and informative podcast.