The Politics of Scarcity Don’t Apply to Natural Gas

Editor’s Note:  This post reflects the personal opinion of the writer.  Energy In Depth does not endorse or oppose political candidates.

The U.S. is flush with energy sources if we have the wherewithal to develop them.  It’s long past time we unlocked the potential our resources offer and move the nation toward energy independence.

This year’s presidential election is a choice election.  One of the choices is the politics of scarcity versus abundance.  Liberal policies never produce plenty; at best they produce subsistence, at worst shortages.  This is especially true in energy.

The shortage-mongers say we have only 2% of the world’s oil reserves, so don’t bother drilling for oil.  Not true. The United States has already produced more than two and one half times the “proved reserves” we thought we had in 1980.  The “proved reserves” line is a con to get us to accept windmills, solar panels, lawn mower-sized cars, high energy prices and a reduced lifestyle.  We can do better.

The U.S. has 1.4 trillion barrels of oil and 14 quadrillion cubic feet of technically recoverable oil and gas.  To put this in perspective, we have  250 years of oil and 175 years of natural gas at current rates of consumption. Affordable, abundant energy is the lifeblood of a growing economy, but our government doesn’t allow energy exploration and extraction in the energy-rich Alaska National Wildlife Reserve (ANWR).  The current administration is allowing for development on only 2.2% of federal offshore areas, and oil and gas exploration is prohibited on many federal lands onshore. 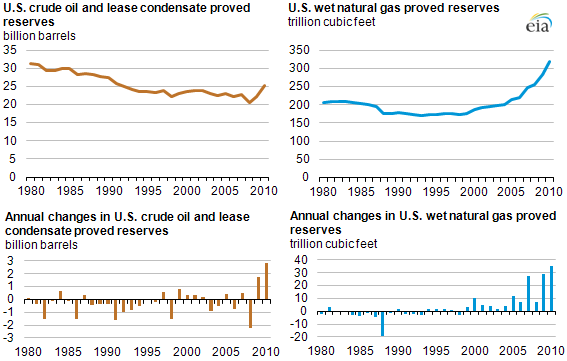 The politics of scarcity hurt the little guy, the people the shortage-mongers say they care about.  The average energy industry job pays $37 per hour, higher than the national average of $25 per hour.  Unemployment in energy-producing states is lower than the national average – 3.3% in North Dakota and 5.8% in Wyoming.  The unemployment rate in New York State is an abysmal 8.9% and an appalling 9.6% in Steuben and Chemung Counties.

The politics of scarcity are alive and well in New York and predictably, our economy is near dead.  The cure for our economic ills is drilling in the gas-rich Marcellus and Utica Shale, but the shortage-mongers in New York City and their allies upstate have banned drilling for nearly 5 years.  While Pennsylvania prospers, we linger.

Imagine if the entire country was like New York; no development in Texas, Louisiana, Oklahoma, Ohio, Alaska or North Dakota.   Our gasoline prices, our home heating costs and the price of our most basic necessities like food would skyrocket.  What we have in New York and in Federal policy is the politics of scarcity, which has already led to high unemployment and poverty.

Calvin Coolidge said, “The most common commodity in this country is unrealized potential.”  Let’s unlock our vast energy potential here in New York and across the country.  Support candidates who believe in our ability to produce abundant, affordable energy for all.