President Trump to Shale Insight Attendees: Nothing Is Possible “Without Energy”

From technological advancements that have helped unlock America’s energy potential to innovative solutions improving the environment, the U.S. oil and natural gas industry’s “energy renaissance” has changed the global energy landscape in the past decade.

These themes were echoed throughout the ninth annual Shale Insight conference hosted by the Marcellus Shale Coalition, Ohio Oil and Gas Association and West Virginia Oil and Natural Gas Association in Pittsburgh this week, including in a presidential address given by President Donald Trump.

Taking place in the heart of the Marcellus and Utica Shales, the conference was predominantly centered around development in the Appalachian Basin’s tri-state region of Pennsylvania, Ohio and West Virginia. The basin is driving U.S. natural gas production, and if it were a country, would rank third in the world for output thanks to the more than 33 billion cubic feet of natural gas produced there daily. As the president told  the attendees “who get up every day and make this country run”:

“All of you here today have achieved something that everyone said was impossible: You’ve helped make America the number one producer of oil and natural gas on Planet Earth, by far.”

This record-breaking production is generating tremendous benefits for the region and the country that were outlined in recent commentary by the executive directors of the MSC, OOGA and WVONGA:

In fact, U.S. natural gas consumers have saved $1.1 trillion since 2008 – an average of about $4,000 per U.S. household – thanks to this increased production, according to a recent economic analysis by the Ohio Oil and Gas Energy Education Program and Shale Crescent USA. And President Trump cited a Council of Economic Advisors report that found “the astonishing increase in production made possible by shale and the shale revolution saves Americans $203 billion every year, or $2,500 for a family of four in lower electric bills, lower prices, and at the gas pump,” according to the President.

But it’s not just economic benefits, as the associations further explained:

“As an industry that puts health, safety and environmental conservation ahead of all else, our members are producing energy in cleaner and more efficient ways than a decade ago. …Clean and abundant natural gas has enabled the U.S. to be a climate leader without sacrificing the energy reliability and affordability as well as the quality of life that we all enjoy and have come to expect.”

Natural gas has helped the United States achieve carbon emissions reductions greater than any other country – a fact the president echoed in his address:

“Our air right now and our water right now is as clean as it’s been in decades.” 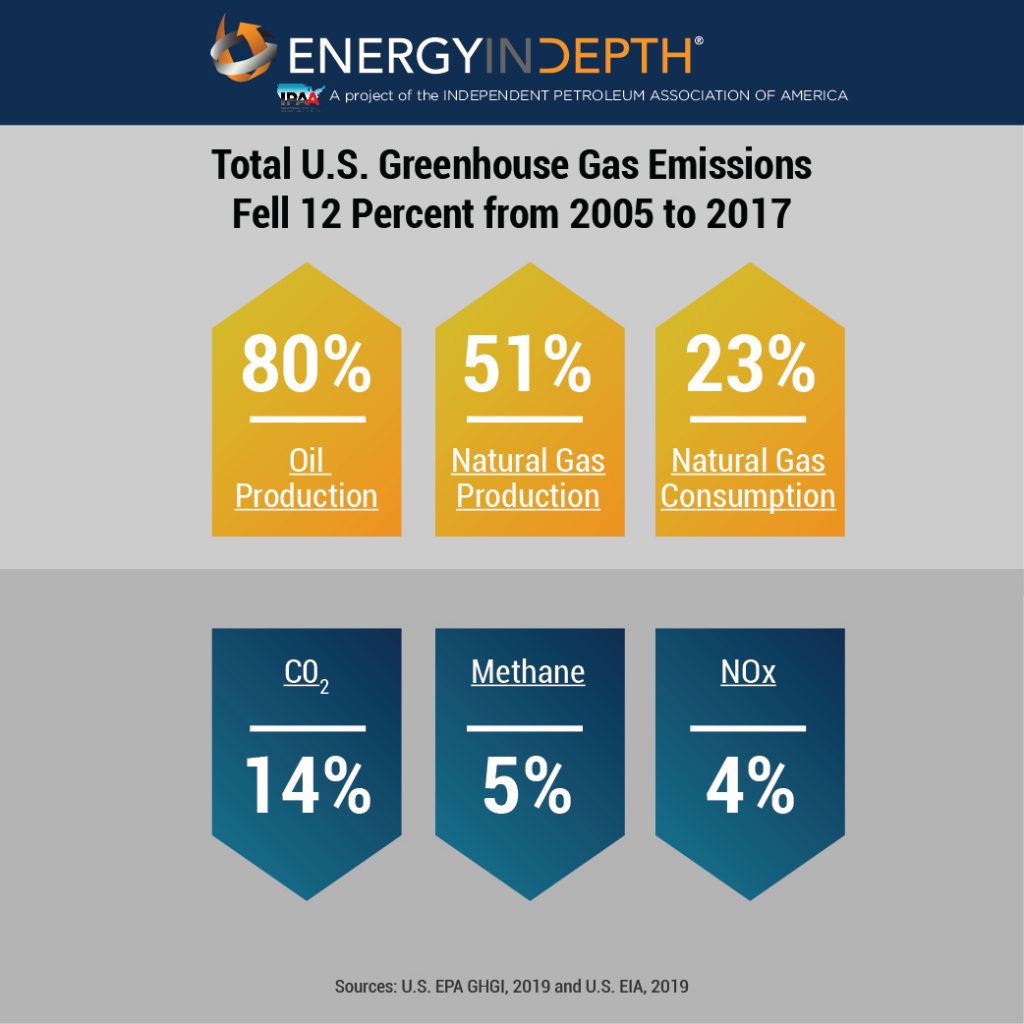 Accessible Energy Could Change the World

As the president was describing various policies his administration has enacted, he remarked, “But without energy, it all doesn’t happen.” The concept that nothing is possible “without energy” was also the theme of the conference’s somewhat somber closing key note address by Dr. Scott Tinker, the director of the Bureau of Economic Geology at the University of Texas at Austin and chairman of the Switch Energy Alliance.

Tinker’s presentation took a hard look at the global distribution of energy and wealth, and the staggering number of people (1 billion to 2 billion) who live in places with no or limited access to electricity. As he explained, energy is the key to bringing these populations out of poverty and cleaning up the environment in the process:

The key takeaway from Tinker’s eye-opening presentation wasn’t that the world needs to swiftly move to one energy source or another. It was that in different places the most logical form of energy production will look different, but in order to truly improve the global environment including reducing emissions, we must start by reducing the population that has no access to energy.

Natural gas absolutely has an important role to play in this – as do more traditional fuels and renewables.

Shale Insight allowed attendees to not only reflect on how far the U.S. oil and natural gas industry has come in recent decades, but to get a glimpse of where it’s headed. From President Trump’s address and the technology showcase, to exhibitor displays and various presentations, including Tinker’s, it’s clear that the industry is ahead of the curve in developing the solutions that could change the world – and in many ways, already are. As President Trump said:

“But I’m here with the incredible people who fuel our factories, light up our homes, power our industries, and fill our hearts with true American pride. …With American energy once again powering our prosperity, the United States has the hottest economy recognized by everybody, anywhere on Earth.”

And we’ve only scratched the surface of this potential.