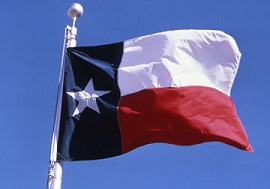 A recently-passed ban on drilling inside the city limits of Denton, Tex., could cost the city’s taxpayers over $8 million per year, according to a new analysis from the conservative news outlet Breitbart Texas.

Denton, which sits atop the natural gas-rich Barnett Shale, passed a ban on hydraulic fracturing (“fracking”) last month, which effectively bans drilling, since the Barnett is “entirely dependent” on the use of fracking, according to the Texas Supreme Court. The fracking ban was also promoted by groups that want to prohibit all drilling.

But a drilling ban compromises the rights of some property owners inside the city limits, specifically the mineral owners who could sue the city for an illegal “taking” of their property. The analysis released today estimates that the value of the natural gas that could otherwise be produced would be about $8.6 million per year, based upon gas prices and production data for September.

The National Association of Royalty Owners (NARO) confirmed that the figure was a fair representation of what a ban could ultimately cost. In an email to Energy In Depth, Jerry Simmons, executive director of NARO – which represents millions of mineral owners across the country – said that the $8.6 million per year price tag was a “good estimate”:

“A drilling ban in Denton is going to cost the city millions of dollars in avoidable litigation. Our members have property rights protected under the U.S. Constitution, and they subsequently have a right to just compensation if that property is taken from them, which is exactly what happens under a scenario in which oil and gas development is banned. The $8.6 million figure is a good estimate of what Denton’s ban will cost, although the price of natural gas is likely to be higher in the coming years, which means this could be a conservative figure.”

In September, Denton County produced approximately 16.9 billion cubic feet of natural gas from more than 2,900 active gas wells. More than 270 of those wells are located inside the city limits of Denton. If production rates are averaged out across all wells, then the wells inside Denton would have produced just over 1.5 billion cubic feet of natural gas in September, which would be valued at $8.6 million based on low-end spot prices for the month of September.

The Fifth Amendment of the U.S. Constitution prohibits the taking of private property without “just compensation,” and it’s likely that mineral owners — under a scenario where their property is unable to be developed — would sue the city for the fair value of the natural gas that they own.

The $8.6 million price tag, which would ultimately have to be paid by local taxpayers, is more than the City of Denton spends each year on libraries and building inspections combined, according to its latest financial report. An article from the Denton Record-Chronicle highlighted that $8.6 million is also the amount of revenue that gas wells generated for Denton Enterprise Airport between 2007 and 2012, owing to a number of wells on airport property.

Earlier this year, a group of Denton mineral owners sued the city for $1 million over its current ordinance, which functions as a “complete drilling and completion ban” inside the city, according to the lawsuit.