A new report from Ernst & Young Global Limited recently looked at exploration and production results in the United States from 2010 through 2014 for the 50 largest oil and gas companies. The report was based on the 2014 end-of-year oil and gas reserves estimates, and overall, found that despite low commodity prices, companies continue to expand and grow U.S. oil and gas reserves. 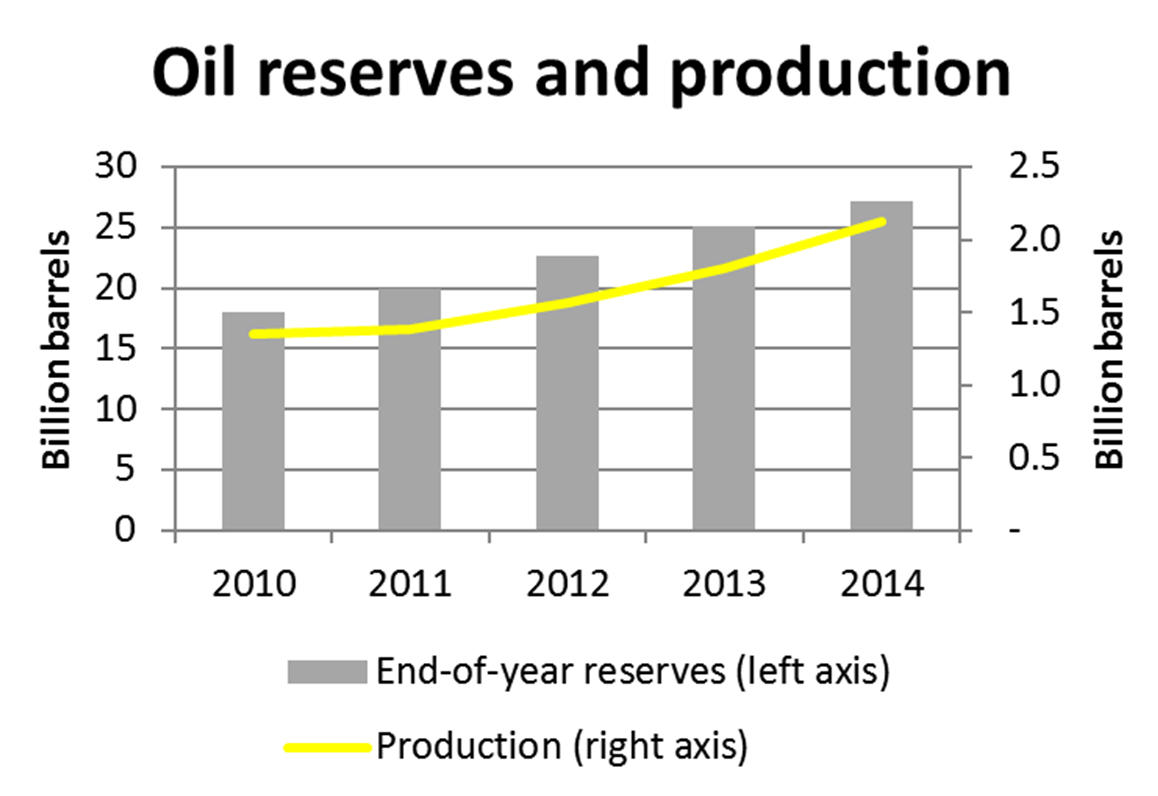 To put this in perspective, “80 bcf per day of natural gas could power at least 400 million homes.”

These production gains in 2014 allowed the United States to remain the world’s top oil and natural gas producer, beating out Russia and Saudi Arabia, respectively. In fact, Energy In Depth recently highlighted rankings from the American Petroleum Institute that showed how individual states were outperforming whole countries in terms of oil and natural gas output.

Thanks to advancements in hydraulic fracturing technology over the last decade, oil and gas companies have been able to expand their reserves and grow production year-over-year. Because of this, the United States has become less dependent on foreign natural gas, with imports falling to their lowest levels in 28 years. As technology and innovations continue to fuel this industry, domestic oil and gas production – and the vast economic benefits it’s brought to communities across the country – will continue for decades to come.