“It’s no secret Texas is a national and global leader in energy production. But what remained under the radar was how this sustained leadership, paired with the ability to move resources through pipeline infrastructure, greatly benefited Texas families and businesses and helped fund critical municipal services including schools, hospitals, and roads. The bottom line is that the continued production of traditional energy resources has supported countless communities, here and nationally, for generations, regularly providing affordable energy and helping trigger an economic rebirth unlike any we’ve seen before.” (emphasis added) 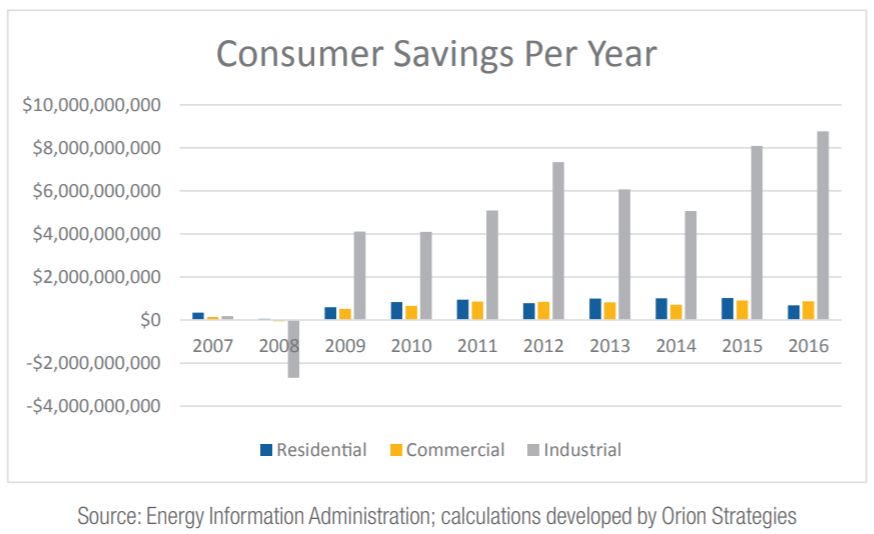 The CEA report also detailed additional benefits the state has seen as a result of its record-shattering oil and natural gas production, including employing about 228,600 people in “direct upstream oil and gas jobs,” adding roughly $3 billion to Texas’ budget in 2017, and a projected $6.7 billion in tax collections for the 2018-2019 biennium.

International Union of Operating Engineers (IUOE) Public Affairs Agent Brandon Willis described the incredible work opportunities this increased production has created for the IUOE during an energy and labor forum co-hosted by IUOE and CEA,

“At IUOE Local 450, we have filled more than 2,400 requests for certified candidates between January 2017 and October 2018, filling over 1,150 such requests in the first nine months of 2018 alone. More than 200 apprentices are now receiving training in IUOE’s three-year apprenticeship program. None would have been made possible without the development of our state’s resources, which has fueled a resurgence, put thousands back to work and reduced energy costs. To keep this going, local, state and federal policymakers must embrace every opportunity we have to show their support for energy.” (emphasis added)

And it’s not just Texas’ residents that are reaping the benefits of the state’s production. As a 2017 Texas Oil and Gas Association (TXOGA) report explained,

“Our nation’s ability to achieve and sustain energy dominance rests here in the heart of Texas. … Thanks to rich natural resources, advances in technology, and the know-how to capitalize on tremendous opportunity, Texas is helping to make the United States the global energy leader.”

This most recent CEA report comes on the heels of three previous reports from the organization that found the Appalachian Basin states of Ohio, Pennsylvania and West Virginia, combined, saved more than $80 billion during this time period, and was released on the same day as a separate CEA report finding that Colorado’s consumers saved nearly $12.4 billion over the decade.

As Association of Oil Pipe Lines Vice President of Government and Public Relations John Stoody said during the forum,