Andrew Cuomo has been on a virtual crusade against shale development and natural gas use during his term as New York’s governor. And it’s something he’s proud of, recently bragging to Politico that in addition to “blocking pipelines,”

“I don’t build any fossil-fuel plants anymore, and I banned fracking, and I have the most aggressive renewable goals in the country.”

In December, Gov. Cuomo’s actions culminated in an announcement that he plans to divest the New York State Common Retirement Fund from fossil fuel investments – a move a new report finds could cost the state’s pensioners more than $1 trillion.

The Independent Petroleum Association of America-commissioned report, authored by University of Chicago Law School Prof. Daniel Fischel and Compass Lexecon economists Christopher Fiore and Todd Kendall, analyzed the risk of fossil fuel divestment by New York and Colorado’s retirement funds, finding such an action could result in combined shortfalls totaling more than $2 trillion over the next half-century. These burdens would be shouldered directly by retirees and taxpayers — further illustrating the real-world consequences of a “Keep It In the Ground” agenda that leaders in each state have either supported or been pressured to implement in recent years.

“New York and Colorado have both come under political pressure to give up pension investments in fossil fuels, but at what cost? Our research shows that large pension funds stand to lose a substantial amount of value if they decide to adopt a divestment policy. The energy sector plays an important role in diversifying a given portfolio, so eliminating that exposure means higher risk and reduced returns to the tune of millions if not trillions of dollars over an extended timeframe. These types of costs leave pensions to make a hard choice: reduce pensioner benefits or increase contributions from taxpayers to the fund.”

The report finds fossil fuel divestment by the New York State Common Retirement Fund — the nation’s third largest pension fund — could cost up to $198 million annually, assuming a broad divestment plan that includes utilities, and total more than a $1 trillion in losses over 50 years.

Those losses are the equivalent of eliminating the average annual benefits of 8,500 retirees. That is just one of the many reasons why the New York business community — and even members Cuomo’s own party — have rejected his divestment strategy.

Business Council of New York State president Heather Briccetti wrote in a May op-ed that,

“New York should heed the lessons learned by other fund managers who have considered similar divestitures. Pension funds all over the country have faced political pressures from activists but have rejected the policy once they see the hard numbers.”

Nobody is more cognizant of the real-world “hard” numbers Briccetti speaks of than Democratic New York State Comptroller Tom DiNapoli. That explains why he has rejected Cuomo and New York City Mayor Bill di Blassio’s divestment rhetoric earlier this year:

“My fiduciary duty requires me to focus on the long-term value of the Fund. To achieve that objective the Fund works to maximize returns and minimize risks. Key to accomplishing this objective is diversifying the Fund’s investments across sectors and asset classes including the energy sector.”

If Gov. Cuomo were to follow through on his stated plans to divest from fossil fuels, it would be just the latest example of his politically driven “Keep It In the Ground” pandering yielding adverse economic impacts on New York, particularly the economically depressed rural regions of the state.

As EID has previously highlighted, Cuomo’s decision to ban fracking has denied residents of upstate New York the right to develop minerals on their own private property. The result? As shale development and agriculture have thrived in Pennsylvania, New York lost 1,300 dairy farms from 2007 to 2017.

Since 2005, Pennsylvania’s mining, quarrying and oil and gas gross domestic product has outpaced New York’s by a factor of eight. 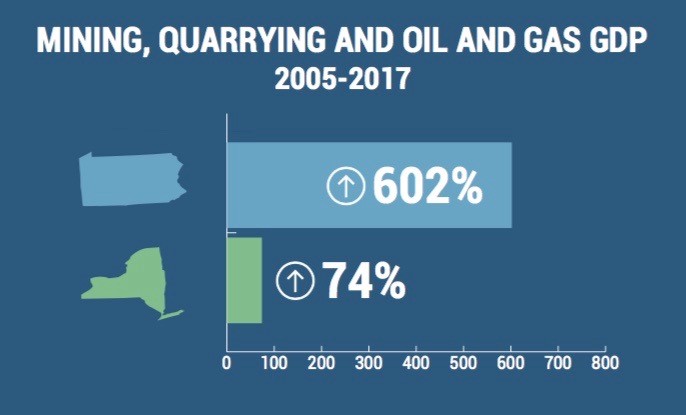 New York has also blocked four pipelines aimed at transporting needed natural gas from the Marcellus and Utica shales to New York and New England under the guise of environmental stewardship since 2016. Fortunately, the Federal Energy Regulatory Commission (FERC) has overruled the New York Department of Environmental Conservation’s (DEC) attempts to block two of these projects, prompting the DEC to say:

Even though the DEC has tried to justify its feet-dragging by claiming it is trying to protect the environment, the policy has actually resulted in the burning of higher-emitting fuels for electricity generation this past winter, while the various environmental calamities the Cuomo administration used to justify its fracking ban have been thoroughly debunked.

From an economic standpoint, Gov. Cuomo’s “Keep It in the Ground” policies have already resulted in a double-whammy for many New Yorkers: higher energy costs and the government taking of private property rights. This report confirms that divestment would present a triple-whammy of sorts, jeopardizing secure retirements in the interest of playing politics. 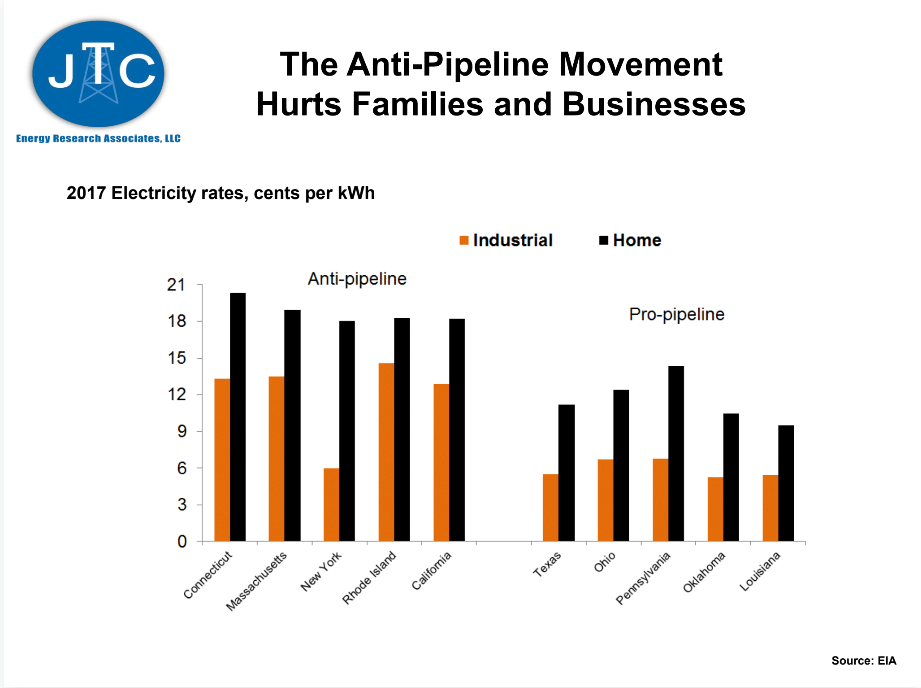 A similar situation could develop in Colorado should political leaders pander to “Keep It in the Ground” groups like 350.org, which has announced it will “kick the fossil fuel divestment movement in Colorado into overdrive.”

The report finds that the Colorado Public Employees’ Retirement Association’s (PERA) annual cost of divestment could range from $36 million for narrow divestment to $50 million for broad divestment, totaling $470-$646 billion over 50 years.

This would only further hamper a fund that is already struggling to regain its long-term solvency. PERA’s unfunded liabilities were $32.2 billion last fiscal year.

Bottom line: pandering to reality-challenged “Keep It In the Ground” idealism will have real-world impacts that pensioners already living on a fixed income simply cannot afford. As IPAA Senior Vice President of Operations and Public Affairs Jeff Eshelman stated:

“Research continues to show that divestment is all cost and no environmental gain. Activists continue to force divestment policies upon pension funds, but the numbers show it’s becoming increasingly difficult to justify their stance. Both Colorado and New York State rely on fossil fuels for the vast majority of their energy needs. Divestment ignores this reality and puts the financial future of pensioners and taxpayers at risk, all to make an empty political statement.”