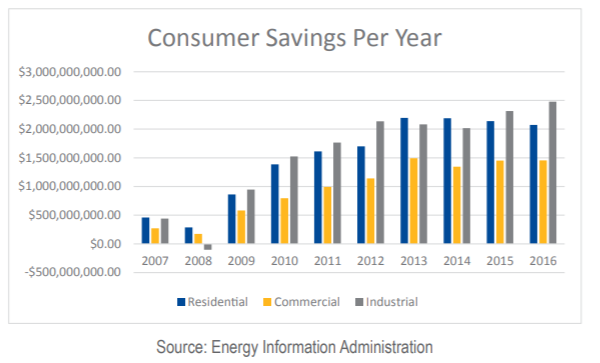 A new Consumer Energy Alliance (CEA) report highlights how domestic shale development saved Ohio consumers more than $40 billion from 2006 to 2016 by driving down natural gas prices. Thanks to prolific natural gas production in the Appalachian Basin, the region now boasts the lowest natural gas prices in the world — and at the end of the day, that means billions in savings to natural gas consumers.

The report echoes a similar 2017 University of Pennsylvania Appalachian Basin study that credited the abundance of Marcellus Shale natural gas for a 40 percent reduction in Pennsylvania natural gas bills over the last decade. Nationally, the 2017 Sustainable Energy in America Factbook found that record-low natural gas prices enabled consumers to devote “less than 4% of their total annual household spending to energy in 2016, the smallest share ever recorded by the US government.”

The CEA report breaks down Ohio’s cost savings, showing that Ohio residential customers saved close to $15 billion during the 10-year period, while commercial and industrial consumers saved more than $25 billion.

What’s even more staggering is the downward trajectory in the price of natural gas before and after domestic shale development took off in earnest. Before shale, natural gas prices peaked at $10.66, while these prices decreased to just under $4 in 2016 – a 62 percent drop – after the shale revolution took hold in Ohio. 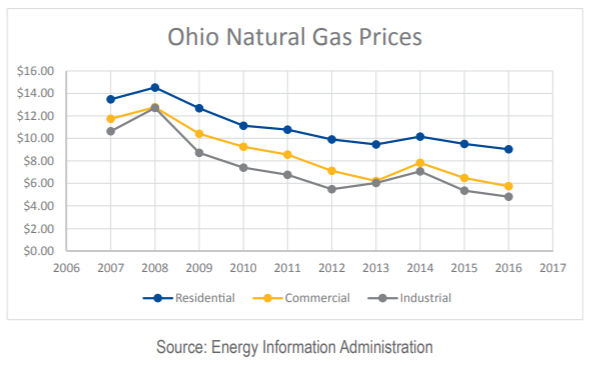 The shale-driven savings for Ohio consumers did not stop there. The CEA report also explains that Ohio gasoline prices have plummeted since 2011. The price at the pump for the Buckeye State was about $4.15 per gallon in 2011, with no end in sight. Domestic oil production from shale has helped to lower gasoline prices, saving drivers an estimated $115 billion or $1,100 per household in one year alone, according to AAA.

According to the report, there are 1.7 million Ohioans — 14.6 percent of the state’s population — living below the poverty line. For those that fall into this demographic, energy expenditures require a quarter of their take-home pay. As Action For Boston Community Development’s John Wells told National Journal in 2013, “Low natural-gas prices have been a godsend to low-income families.”

“Lower fuel prices have helped Ohioans save over $40 billion in the past decade. This means families have more money to pay for school clothes, grocery bills, and perhaps even to take a vacation that has been put off for far too long.”

EID‘s 2014 video on consumer savings also explained the importance of these lower energy costs for low-income families and American consumers.

Notably, while the facts and quotes within the video and the following infographic are still very much relevant, as this recent CEA report and the 2017 University of Pennsylvania study show, these trends have continued to improve since 2014. And they are having very real benefits for Ohioans. 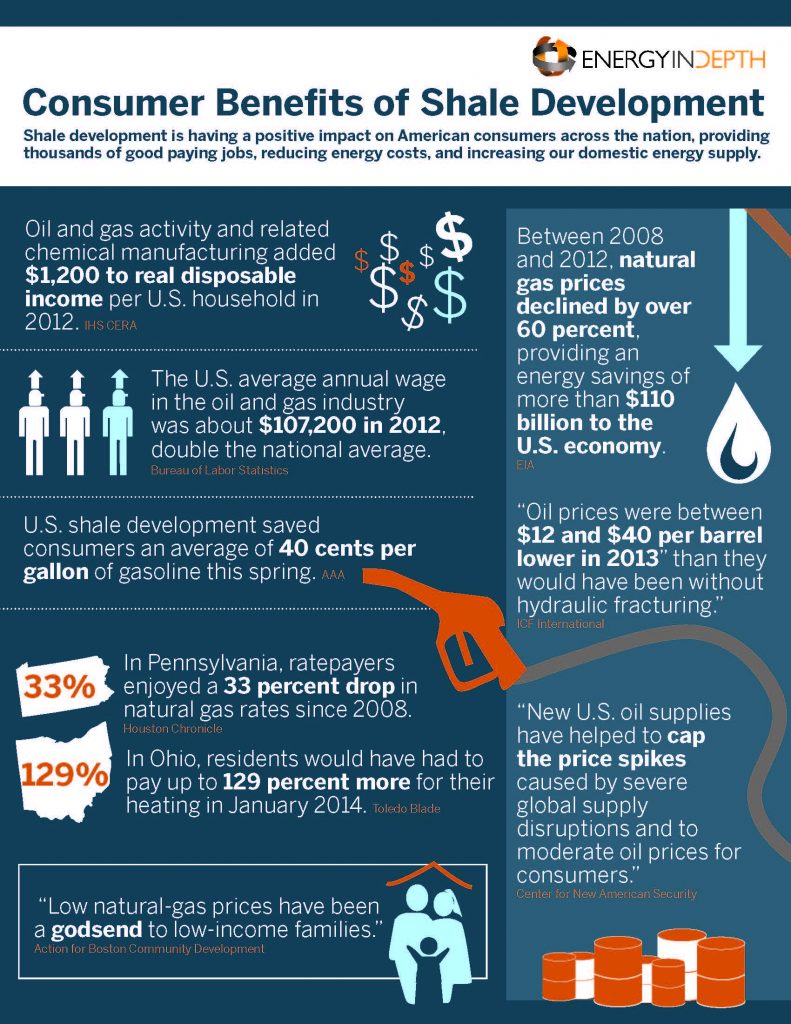