“This report highlights the benefits Pennsylvania’s communities are receiving as a result of the state’s role in the U.S. energy revolution and investment in our state’s energy infrastructure.”

The report analyzed U.S. Energy Information Administration (EIA) data that showed the Pennsylvania residential customers have saved more than $13.3 billion during this time period, while the combined savings for the commercial and industrial sectors was more than $17.2 billion. 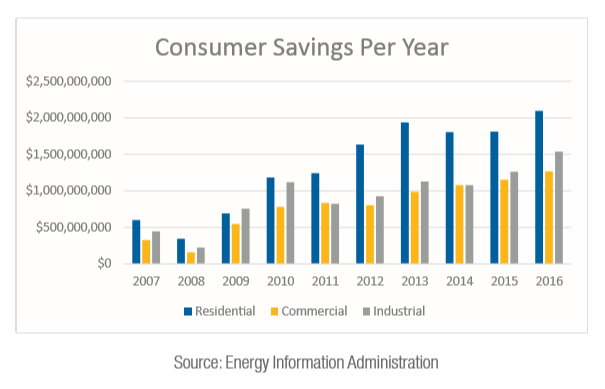 According to the report,

“In 2008, at the beginning of the shale revolution, prices for natural gas in Pennsylvania peaked at $10.39 per thousand cubic feet and steadily decreased to just $3.72 by 2016.” 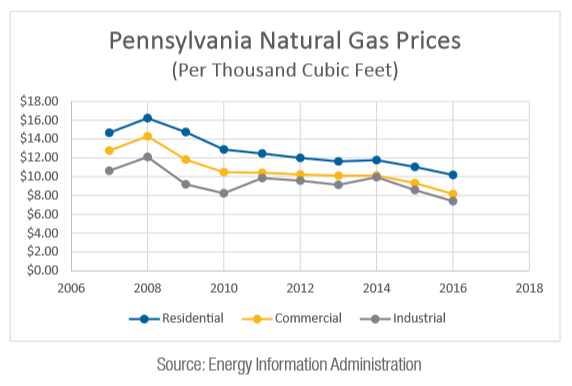 That’s a roughly 64 percent decrease in the cost of natural gas since the shale revolution began in earnest in the state. Those cost reductions impact a large population of the state.

Further, the 2017 Sustainable Energy in America Factbook found that record-low natural gas prices enabled consumers to devote “less than 4 [percent] of their total annual household spending to energy in 2016, the smallest share ever recorded by the US government.”

And as CEA explained, this hasn’t been the only benefit that natural gas has provided. The report described the nearly 322,600 jobs that provide almost $23 billion in wages to Pennsylvanians, and the nearly $44.5 billion in economic impact that the shale industry has had. Not to mention the incredible investments that are being made for pipelines and downstream facilities like the Shell cracker plant.

This CEA report is just one more example of the tremendous benefits Pennsylvania has experienced thanks to its abundance of shale gas.