A new International Energy Agency (IEA) report forecasts rapid U.S. natural gas production growth over the next five years “thanks to its shale revolution” which, coupled with similar demand growth in China and other Asian countries, could have the U.S. poised to become the world’s top liquefied natural gas (LNG) exporter by 2023. Per the IEA’s forecasts, American LNG exports could rise from 17 billion cubic meters (bcm) in 2017 to 101 bcm by 2023, a more than five-fold increase in as many years.

The IEA’s “Gas 2018” report notes “the United States is emerging as a global LNG player” along with Australia, adding that the two countries are “likely to challenge Qatar in the Asian Market.” As Bloomberg Government reported Tuesday,

“Global LNG trade will rise to 500 billion cubic meters and will be marked by a battle for top spot between the U.S., Australia and Qatar, which together account for 60 percent of supply by 2023. The U.S. will overtake Australia as the second-largest LNG exporter by 2023, with 101 billion cubic meters, and can even overtake Qatar if new American projects get the green light in the next two years.”

The IEA’s belief that the U.S. will account for the bulk of LNG supply growth over the next five years can be traced to the country’s natural gas liquefaction capacity, which could roughly triple by 2020. There is currently 11 billion cubic feet per day of LNG export capacity under construction.  This would allow the U.S. to export more of the shale-based natural gas from multiple basins across the country where production is booming. IEA expects that trend to continue throughout 2023, as the following chart from the report illustrates.

“The United States cements its position as a top producer and exporter thanks to its shale revolution.”

“The United States is the source of much of the growth in natural gas production and most of the additional LNG exports. The United States, already the world’s top producer, accounts for almost 45% of the growth in global production and nearly three-quarters of LNG export growth. The development of destination-free and gas-indexed US LNG exports provides additional flexibility to the expanding global LNG market.”

The IEA expects continued U.S. natural gas production growth to be driven by the Appalachian and Permian basins, with the latter being spearheaded by associated gas from tight oil production. 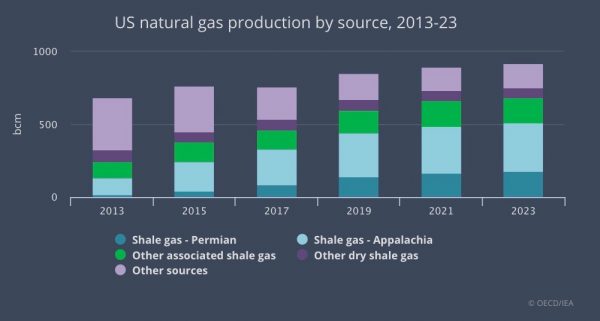 The expected dramatic increase in U.S. natural gas production and exports is one of the three major shifts that “will shape the evolution of global natural gas markets the next five years,” according to the IEA:

“The gas industry’s future remains bright. Three major shifts will shape the evolution of global natural gas markets in the next five years – growing imports from China, greater industrial demand, and rising production from the United States. The structural shift will determine the evolution of the market at a time when growth in emerging markets is sustained by strong economic expansion and strong policy support to curb air pollution.”

Domestic use of natural gas in China is expected to rise by 60 percent by 2023. This will account for 37% of all new natural gas consumption globally, and will likely propel China to become the world’s biggest natural gas customer, overtaking Japan. 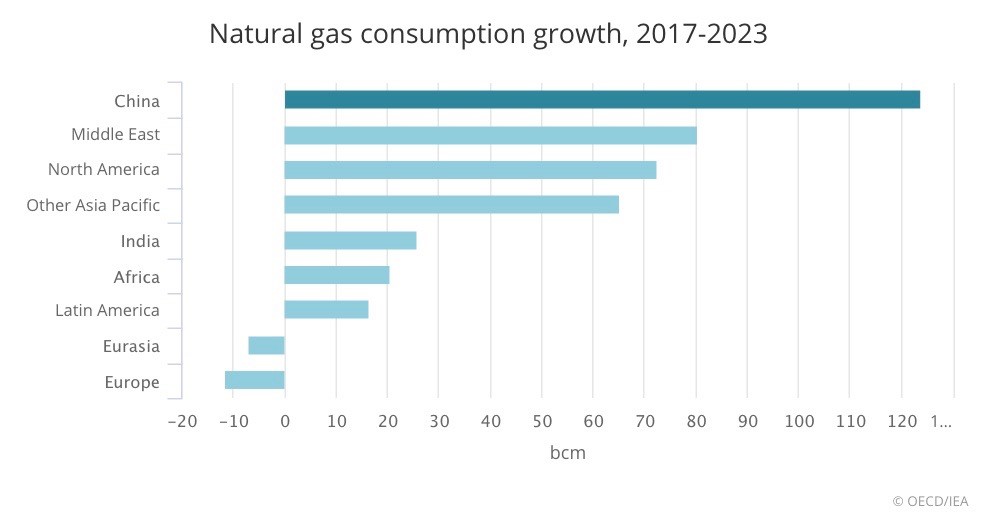 Industrial usage of natural gas is one of the main drivers of Chinese demand, as the country seeks to modernize its economy – requiring more energy – while reducing its greenhouse gas emissions by replacing coal with gas. 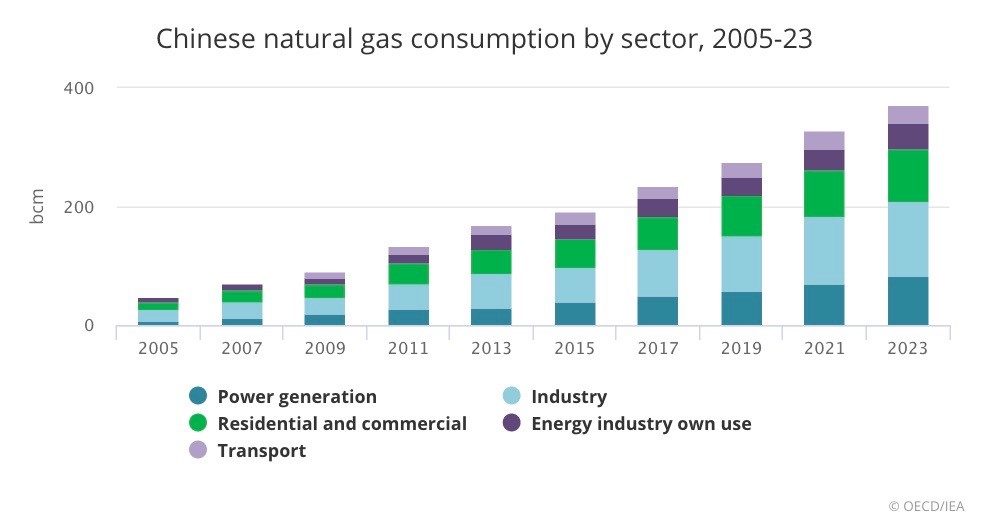 Jean-Baptiste Dubreuil, the IEA’s senior gas analyst, remarked that “The picture is quite bright,” for gas.

“China is set to become the world’s largest gas importer within two-to-three years, US production and exports will rise dramatically strongly and industry is replacing power generation as the leading growth sector…”

As countries around the world set out to re-energize their economies while also reduciing greenhouse gas emissions and air pollution, the United States’ oil and gas industry is gearing up to provide safe, abundant and affordable shale gas, whether by tanker or pipeline, to make hopes of a more prosperous future become reality. The IEA’s projections – considered some of the most authoritative – signal that the benefits of the American shale revolution are being felt far and wide, and will only become more prevalent in the years to come.

As U.S. natural gas continues to find its way overseas in higher volumes, American natural gas producers will be able to create and sustain more jobs, having an outsized impact on communities throughout the country. Every shipment of gas overseas is a shared step towards a brighter future, for both Americans and trade partners around the globe.