Return on Water Investment: Shale Leads in Jobs and Energy

As EID has pointed out before, context is important when discussing water usage and shale development. While anti-fracking activists claim that shale development is draining the water supply, the truth of the matter is that in top oil and gas producing states – such as Pennsylvania, Texas, and Colorado – shale development accounts for less than one percent of each state’s total water use.

So we know that shale uses less water than other activities like golf course maintenance, and it pales in comparison to the water we use for agricultural purposes. But what do we get from the gallons that we do use? Well, jobs for one thing — and lots of them. According to the U.S. Bureau of Labor Statistics (BLS), oil and natural gas extraction currently provides over 200,000 direct jobs to Americans across the country. EID compiled and analyzed data from the BLS, the U.S. Census, federal agencies and industry reports in order to see what the story is with water usage and job creation. 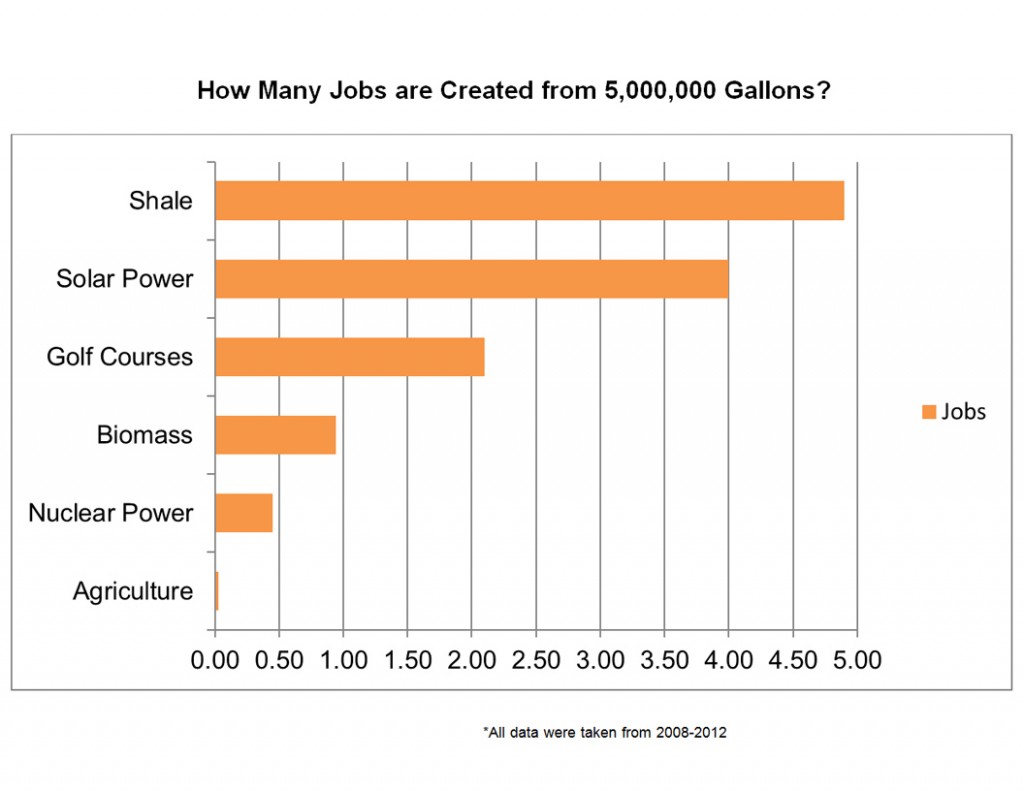 A quick breakdown shows that shale development is handily in first when it comes to jobs per gallon. It should be noted, too, that these figures only account for direct employment in the oil and gas industry. They do not incorporate the many additional induced and indirect jobs created as a result of development. Economists often use a jobs multiplier to calculate jobs supported by a particular industry’s activities. In Louisiana, at least one economist has suggested that every job directly created by oil and gas supports four additional jobs throughout the supply chain. Thus, the jobs calculation above is actually a highly conservative estimate; the real number is likely far greater.

Let’s also not forget that industry jobs are known for paying high wages. In May, the BLS reported that the average pay for oil and natural gas extraction employees was $38.77 per hour. And, according to an IHS CERA report, unconventional oil and gas development contributed more than $74 billion in federal and state government revenues in 2012.

When we compare water usage to the amount of energy produced, natural gas still remains at the top. A 2010 study from Harvard University found that developing shale gas requires 1.3 gallons of water per million British thermal units (MMBtu). That means every one million gallons used to extract natural gas from shale resources produces 769,230 MMBtu.

What exactly does that amount of energy provide? Quite a bit, considering that the average American home consumes 89.6 MMBtu per year. With one million gallons, natural gas can provide enough energy to power 8,585 American homes for a full year. 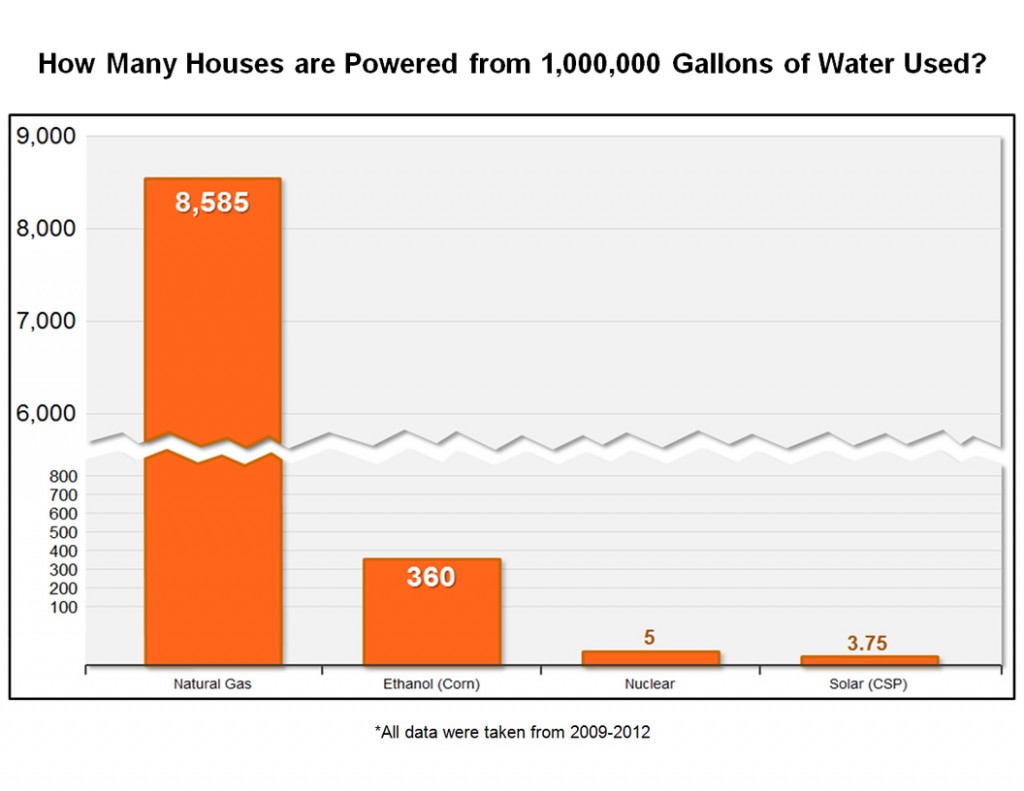 To be clear, this is not a slight on the other energy options available to us. A diversity of energy supplies remains important. But with all of the hysteria about how shale development supposedly “drains” the water supply, it’s important to keep everything on context, and recognize the benefits that we accrue from water use.

Producing more with less has been a theme of the industry for quite some time. Horizontal drilling, one of the core technologies involved in shale development, minimizes land impact. Operators can now access the same resources from a single well pad that were once only reachable with ten or twelve rigs. As Secretary of the Interior Sally Jewel recently said, “By using directional drilling and fracking, we have an opportunity to have a softer footprint on the land.”

The rigs that are in operation are now more efficient, too. Advances in drilling and completion methods are driving increased energy output, while innovations in recycling technologies cut down on fresh water consumption.

The uproar over water usage in shale development is loud and constant, but it’s also largely unfounded. It’s an argument that has been deployed by the anti-shale camp for years, and it has never been particularly convincing. The real story is that the United States, through responsible shale development, has managed to become a global leader in energy production, all while creating American jobs and boosting our economy.