Rystad: The World is Dependent On American Energy

Thanks to the shale revolution, the United States will account for almost a quarter of global oil and natural gas production by the early 2030s, according to the head of Rystad Energy. This rising global footprint comes from continued innovation by American energy companies, which allows them to optimize operations and extract oil and natural gas more cleanly and efficiently than ever before.

“It’s about sand, horsepower and water injection…Those three parameters are what’s driving activity levels, and those are three times higher today than they were back in 2014.”

Output from shale including crude oil, condensate and natural gas liquids could climb to as high as 25 million barrels a day. He estimates that the United States will likely produce about 23 percent of global liquids and 27 percent of the world’s natural gas by the 2030s. 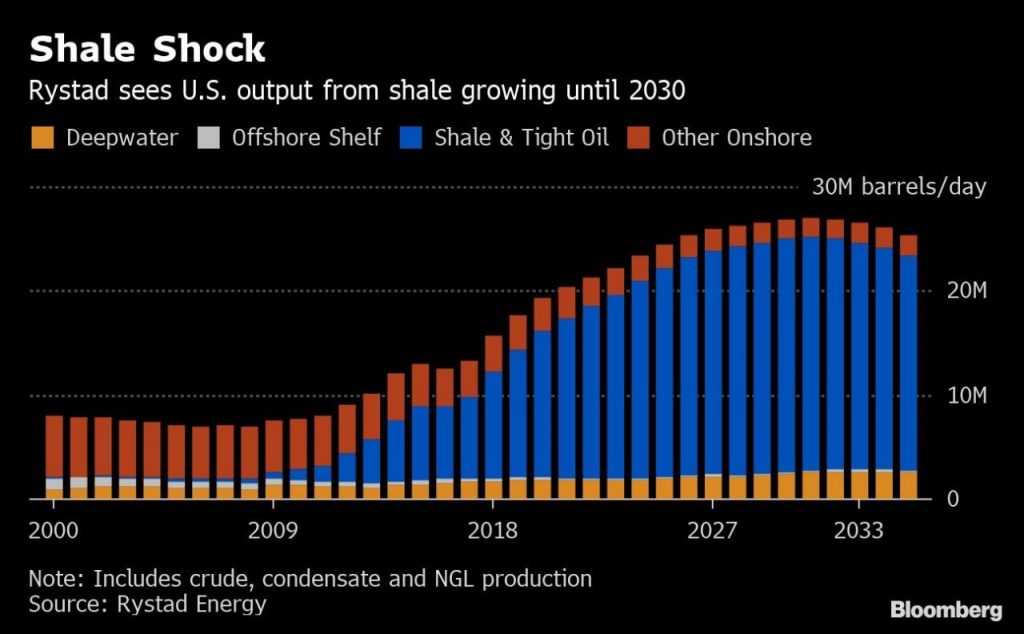 These estimates echo findings from BP’s World Energy Outlook, which revealed that in 2018, the United States achieved the single largest ever annual increases in oil and natural gas production of any country in any year.  In addition, the United States accounted for nearly all global oil production growth, increasing annual output by 2.2 million barrels per day.

Technological innovation is also helping the United States to drive down prices. U.S. shale oil – which was the world’s second most expensive oil resource a mere four years ago – is now the second most affordable source of new oil supply globally, according to a recent Rystad Energy report.

This impressive growth underscores the transformation of global energy markets. Just a decade ago, the United States was heavily reliant on energy imports from the Middle East and elsewhere. Today, the script has flipped, according to Rystad:

“The world is so dependent on American production that if fracking were ever banned it would cause a global energy crisis… We cannot live without it. We’d never be able to compensate with OPEC and offshore production.”

As the crowded presidential Democratic  field competes to see who can best appease “Keep it in the Ground” activists, the oil and natural gas industry continues to bolster the U.S. economy and national security. As Secretary of State Mike Pompeo explained at this year’s CERAWeek conference: