These comments were prompted by news that the Biden administration, while working to block domestic oil production, has asked OPEC+ to increase supply in response to rising gas prices.

“We’ve seen as this pause has continued that the president is now basically begging OPEC to increase production because he’s wishing to hold down gasoline prices. And yet we know from an Obama-era study that oil produced in the Outer Continental Shelf of the United States is the … lowest-carbon footprint per unit of production of any oil that comes to our shores.

“Valero can import oil from Venezuela or from OPEC … from the Middle East, as opposed to bringing it onshore from the Gulf of Mexico. So, they’ll be in business. The question is are we going to produce the oil with our environmental standards – which are the best in the world – or are we going to produce it with those nations that take less care for emissions, and which currently the administration is begging them to increase production?” (emphasis added)

Sen. Cassidy followed up his comments by asking Secretary Haaland if less domestic oil and gas production equates to decreased domestic demand, to which she replied:

“I wish I were an economist and could answer you in all certainty. My understanding is that if we move forward with our plans to create green energy opportunities for our country that there will likely be less demand.”

The answer is that no decreasing domestic production does not decrease energy demand, and in fact, a recent study led by researchers at Columbia University found that the world is a long way off from peak oil.

California has learned this lesson the hard way. The state is aiming to ban fracking by 2024 and all oil production by 2045, but its demand over the past 25 years has stayed the same. This mean it is increasingly relying on foreign imports: 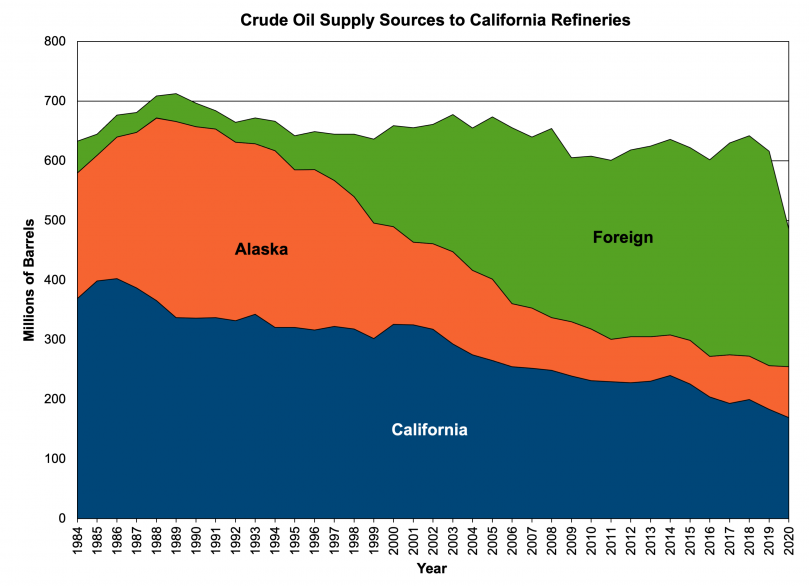 In fact, strong production of oil and natural gas in the United States, done with top environmental standards, means that America can export these fuels around the world. Jude Clemente, a contributor at Forbes, recently wrote a column extolling the virtues of U.S. LNG exports that are becoming cleaner and more efficient each year:

“Nowhere is this constant evolution of the gas industry more evident than in the sale of liquefied natural gas via cargo ship (LNG), the key to the industry’s global future. In fact, net-zero companies like Shell and BP have been planning to double their LNG portfolios to meet climate targets.

“Started over the past two years, there have been around 15 carbon-neutral LNG cargoes, ‘creating a framework for real emissions reductions,’ per experts at Columbia University. Tighter restrictions on GHGs will bring even more carbon-neutral LNG. The carbon-neutral LNG market is on track to quadruple this year, with even China recently getting in on the act.”

“LNG shipments are often bound for ‘countries that would otherwise be using very carbon-intensive fuels,’ Granholm said, adding that ‘it does have the impact of reducing internationally carbon emissions.’”

“The demand in emerging economies around the world is simply astounding. It’s important we provide that marketplace with U.S.-produced natural gas because we are the cleanest producer in the world.”

As the Biden administration continues its illegal ban on federal oil and natural gas leasing while asking OPEC+ to increase supply, policymakers are touting the environmental benefits of American-produced energy. After all, a strong U.S. energy sector sets the foundation for robust economic growth at home, while also allowing the United States to help other countries meet their emissions reduction goals.