The Muskingum Watershed Conservancy District (MWCD) has a lot to be happy about these days.  Not only have they effectively managed the eastern portion of the state’s flooding while being a top notch conservation agency, but they are proving that conservation and shale development can work hand in hand to protect as well as improve the watershed.  Since 2011, the MWCD has made over $77 million to improve the watershed thanks to leases signed with Utica Shale developers in the eastern portion on the district.

“The MWCD has received more than $77 million in signing bonuses from its three Utica Shale formation leases since 2011 and approximately $1 million in royalties from its first lease.”

Given its location in the state, partnering with the oil and gas industry is nothing new for the MWCD.  Since its inception the MWCD has entered into leases and allowed conventional oil and gas development on its lands.  Today, the MWCD has an estimated 275 Clinton wells producing royalties with 120 wells on MWCD-owned property.  The proceeds from leasing and royalty payments have long been a way for the MWCD to fund their operations and make improvements to the watershed.

While the oil and gas industry has always maintained a good working relationship with the MWCD, it wasn’t until 2011 that the MWCD saw how beneficial this working relationship could be for them and their residents.  In 2011, the MWCD negotiated two leases with Chesapeake and Gulfport at the Clendening and Leesville reservoirs.  These two leases brought the MWCD over $37 million in revenue, which allowed the MWCD to reduce its debt and replenish its cash reserves.

Most recently the MWCD entered into a new oil and gas lease with Antero Resources at the Seneca Reservoir, bringing in over $30 million in new revenue that will go to funding park, recreation and public access improvements at Seneca Lake.  In fact, the MWCD has already used a very small portion of that funding to build a beautiful brand new welcome center for park visitors, take ownership of the marina and purchase a new water obstacle course for the beach. 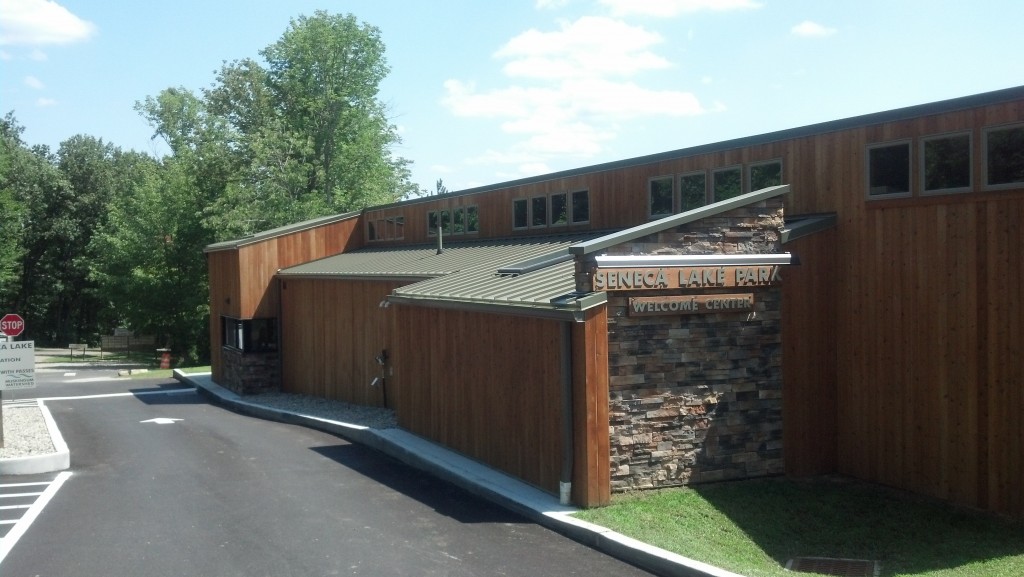 Of course, with such a focus on conservation, the MWCD and companies worked together to provide the most conservation friendly lease to ensure the beauty of the MWCD will not be disrupted.  Their leases include non-development provisions that prevent any rigs, lease roads, pipelines or compressor stations to be placed on MWCD-owned land.

In addition to leasing land, the MWCD has also entered into short term water sales to companies needing water for their operations.  Since 2011, the MWCD has sold over 59 million gallons of water to oil and gas companies while making $500,000 in the process.  Again, with a focus on conservation, the MWCD sold much of the water via temporary water lines to well sites.  These temporary lines were responsible for removing 18,000 water truck trips just in Harrison County.

These temporary water sales are a great idea to help increase revenue for the MWCD, too.  For example, the Seneca Lake summertime pool holds over 14 billion gallons of water.  Any way you look at it, there is plenty of water to go around for everyone in the area.  In the event of a serious drought condition, however, the MWCD does have the authority to shut down any water sales to protect its customers and residents.

Shale development could not come at a better time for the MWCD.  Just like every other entity in the United States, money has been tight over the past few years.  Sacrifices have been made while everyone is trying to do more with less.  The MWCD was no different.

Improvements to the parks, lakes and recreation areas will bring in more tourism and give our residents more incentive to enjoy the outdoor activities the MWCD provides.  Thanks to Utica Shale development, the MWCD has already brought in over $1 million in royalties — and that’s just from a single lease!  We should expect these revenues to grow as Utica Shale development continues to ramp up across eastern Ohio.