Horizontally drilled wells now account for 96 percent of U.S. oil production from shale formations, as well as about 97 percent of shale gas production – up from 15 percent and 14 percent, respectively, in 2004 – according to a report from the U.S. Energy Information Administration.

Horizontal drilling, used in conjunction with hydraulic fracturing (fracking), has been revolutionary in allowing American operators to produce an incredible amount of oil and natural gas that would otherwise be locked away in hard shale rock formations. Reaching near ubiquity in just 15 years, these technologies are driving a monumental shift in the global market, transforming the United States into the world’s top oil and gas producer and, increasingly, a major energy exporter.

While horizontal drilling and fracking have boosted production in shale regions across the country, their impact has proven truly game-changing in the Permian Basin of West Texas and New Mexico, and in the Appalachian Basin region of the Northeast.

All told, the proliferation of horizontal drilling and fracking has grown oil and natural gas output from major U.S. shale regions alone to almost 8.5 million b/d and over 80.6 Bcf/d, respectively, in June. Driven by this production, one research group estimates that total U.S. oil production hit roughly 12.5 million b/d in May 2019 and that production is projected to grow to 13.4 million b/d by the end of 2020 – outpacing even U.S. Department of Energy estimates.

Shale development not only benefits the United States domestically by unlocking an abundance of natural resources, it also has substantial global implications. Heavily reliant on foreign countries for oil supplies just a decade ago, the United States surpassed Russia and Saudi Arabia to become the top global crude oil producer in July 2018. In fact, earlier this year it was announced that the Permian Basin dethroned the Ghawar oilfield in Saudi Arabia to become the highest producing oilfield in the world. 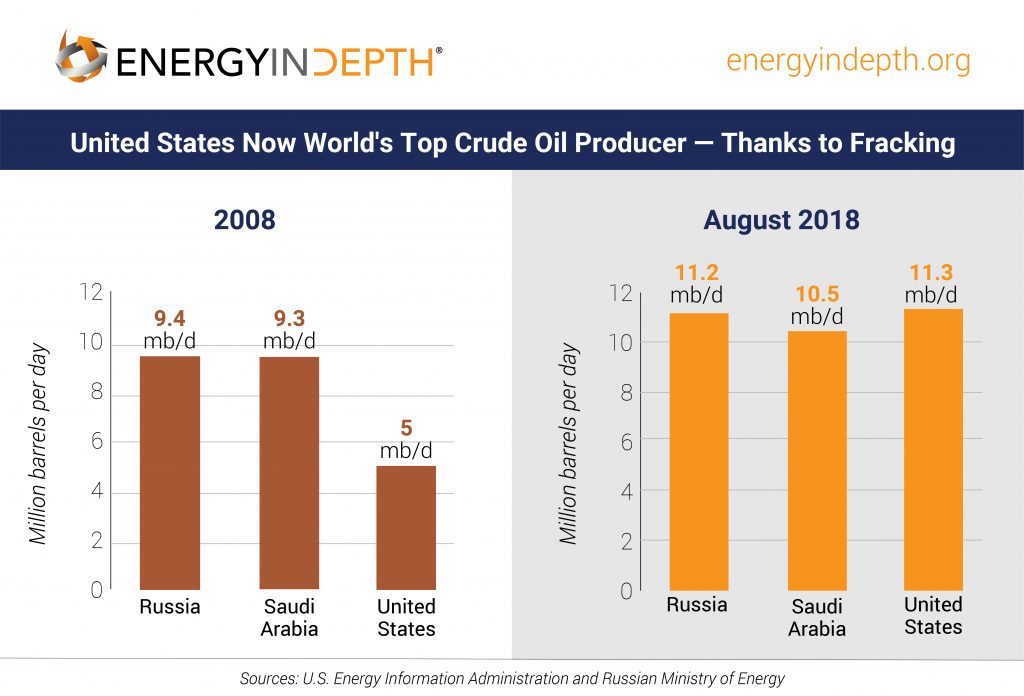 This jump in production has allowed the United States to meet oil demand at home while also increasingly ship the surplus abroad, cutting the trade deficit by billions of dollars. For example, in April 2018, the port district of Houston-Galveston became a net exporter of crude oil for the first time ever, exporting a net 15,000 b/d that month. By the last week of November 2018, the United States overall exported a net 211,000 b/d that week – for the first time – as total weekly crude exports hit a record 3.2 million b/d. While the United States is not yet a consistent net exporter of crude oil, continued production growth and increasing exports – up to 3.3 million b/d in the final week of May – show that status may be reached soon. 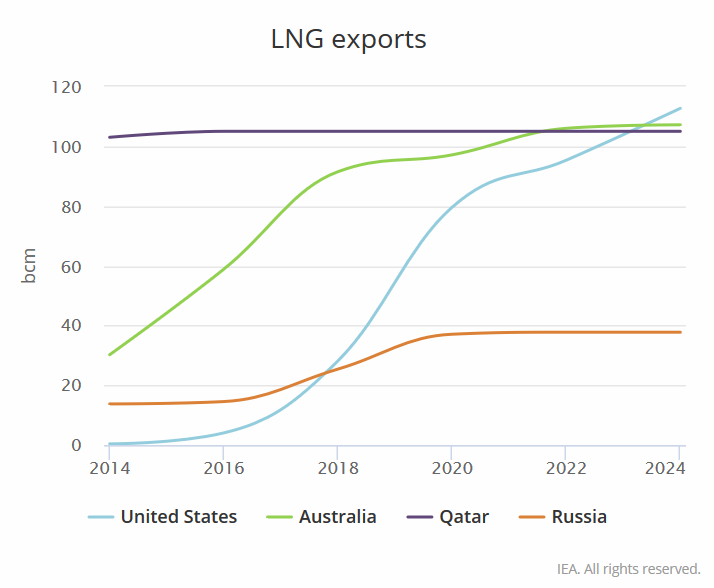 As the United States continues to strengthen its position as a top global producer and exporter of oil and natural gas, it will increasingly play an outsized role in the global energy market, putting it in a stronger position to cut our nation’s energy trade deficit and provide resources to trading partners globally. None of this, however, would be possible without horizontal drilling and fracking, which have completely reshaped American – and global – oil and natural gas.