A “community organizing summit” against hydraulic fracturing (fracking) held in West Virginia over the weekend by the Appalachian Gas Working Group (AGWG) drew minimal participation, despite the group offering to pay for people to attend through “scholarships.” Backed by the West Virginia and Virginia Chapters of Sierra Club, along with about 24 other fringe activist groups, AGWG’s summit saw fewer participants than the group has partners, as the Facebook event shows just 23 people went – and pictures show even fewer than that. 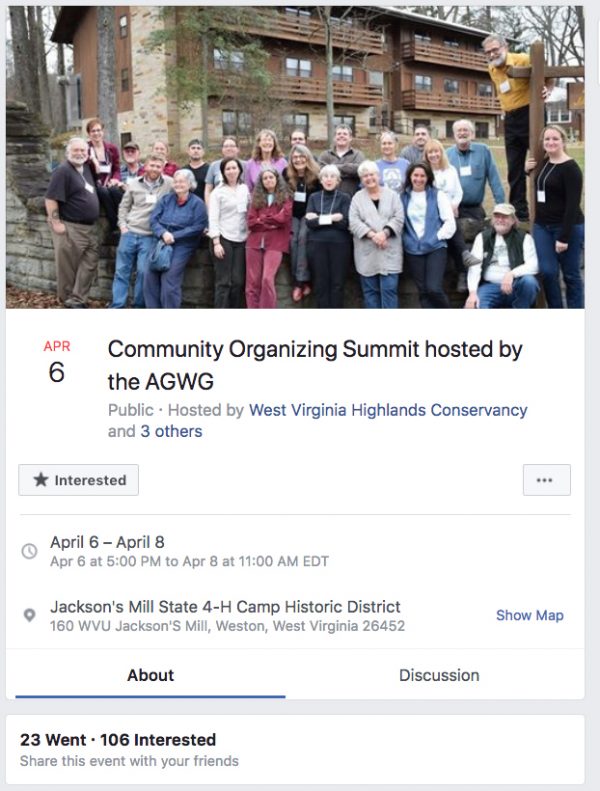 AGWG’s inability to attract even moderate interest in their anti-fracking “community organizing summit” further proves the broad support of natural gas development by Appalachian communities, and is yet another failure from “Keep It In The Ground” groups trying to stop development in the region.

Promoted by Sierra Club, West Virginia Rivers, the Ohio Valley Environmental Coalition and other AGWG partners, the AGWG Summit was billed as a way to “help you take action against extraction,” through presentations from activist groups. Presentations included one on health effects, put on by a member of the Southwest Pennsylvania Environmental Health Project (a group whose claims on fracking have been debunked by EID multiple times), and another on “environmental monitoring” from a member of Earthworks, a group notorious for releasing misleading FLIR footage of oil and gas infrastructure.

Amusingly, the very first presentation of the summit was on “starting and building a campaign,” hosted by WV Sierra Club Field Organizing Manager Bill Price and described as:

“What questions need to be answered when looking to begin an issue campaign? What are the basic building blocks of an effective campaign that will assure a successful outcome? These questions and more will be discussed in this workshop Bill Price is the Field Organizing Manager for the Sierra Club, and has worked on numerous environmental and social justice issues over the last 17+ years.”

Considering the terrible turnout for this summit, maybe Sierra Club and the AGWG should rethink their tactic for trying to build “an effective campaign that will assure a successful outcome” – or maybe they’ll just increase the amount of money given to attendees and hope more will show up.

Jokes aside, looking closer at the presentations scheduled and the activist groups which comprise AGWG, their efforts against oil and gas development appear to be more nefarious than the group lets on. Angie Rosser, executive director of the West Virginia Rivers Coalition, described the summit as:

“We’re trying to provide a comprehensive platform and exposure to the issues while providing a unique opportunity for volunteers, organizations, activists to come together, network and learn from one another.”

However, since event and AGWG backer Sierra Club has stated that it is “our goal is to end our reliance on dirty dangerous natural gas and fracking,” while the event was advertised to “those who want to resist the growing threat of oil and gas extraction,” it’s clear the motive behind this event is to stop oil and gas development. But it’s not just production, as one presentation focused on how to oppose infrastructure such as the Appalachian Storage Hub:

“The Appalachian Storage Hub is the biggest threat to tap water and air quality in the Ohio River valley regions that we’ve heard of. In our workshop, you will see maps and receive handouts about this project and what it will mean in terms of second and third wave fracking operations in our region. We are moving into solution focused dialogues with allies, so if you would like to join networks that are developing ways to resist key components of this massive project, you will have the opportunity to sign up.”

This is yet another example of the Sierra Club trying to rob West Virginia of hope for real economic development, as the American Chemistry Council has reported that petrochemical manufacturing and natural gas liquid storage projects could lead to over 100,000 permanent jobs along the Ohio River. Thankfully, and as this recent epic failure of the Sierra Club’s so-called summit proves, the residents of West Virginia and the Ohio River Valley have no interest in learning about their fearmongering misinformation campaign.